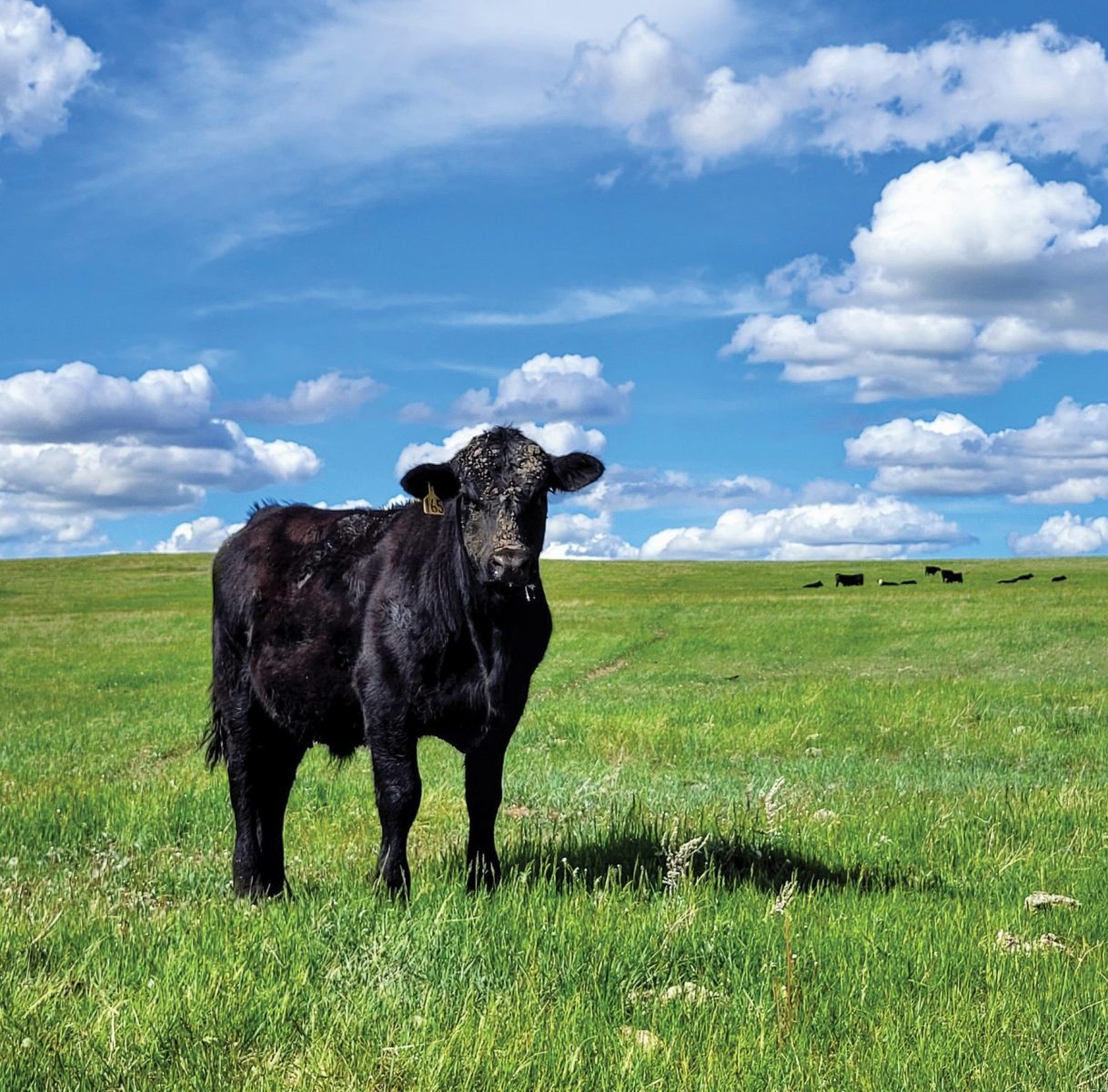 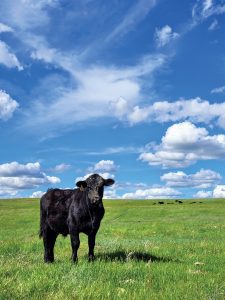 Few health issues are as insidious and difficult to deal with as bluetongue virus (BTV). Many of our readership may never have heard of it, yet had asymptomatic, serologically positive cattle in their pens. Some have experienced a frustrating array of symptoms that may kill, or perhaps not even appear.

Bluetongue virus is transmitted by the saliva of the biting midge Culicoides. To clear up the foggy matter of what constitutes a “midge,” it is not a fly nor a mosquito. It is also, technically, not a gnat, although most of us would consider it so. Similar to the mosquito in life cycle, it enjoys murky waters such as ponds or stagnant streams, and is a blood sucker. In many locations, they are referred to as gnats, flying in annoying clouds primarily at dawn and dusk.

The swarming little pest is found worldwide, with Europe and Africa being the most severely affected. They cause misery predominantly in late summer and fall over most of the United States. A good, hard frost will stop BTV infection when the midges die off. Those living in more temperate climates will suffer potential effects as long as the weather remains above freezing.

The specific varieties of BTV-transmitting midges may disappear for several years in a given area before returning to cause more trouble. Variation in midge population from one year to the next depends upon winter weather and movement of reservoir animals. Infection by these vectors is the only means of transmitting the disease. It is not contagious nor zoonotic, and confines itself to ruminant animals. White-tailed deer, pronghorn antelope, bison and bighorn sheep will continue to be serious reservoirs.

It is believed that BTV can overwinter in a few surviving midges, who possibly have taken indoor shelter, or in chronically infected animals. Additionally, pregnant females may transmit BTV to their fetuses. If transmitted early in gestation, fetal infection will result in abortion. Late gestational transmission will cause chronically infected offspring. Born in the spring, these calves can provide an additional reservoir for the virus. Those surviving a fetal infection may unfortunately also suffer congenital defects. According to the USDA Center for Food Security and Public Health, Iowa State University, bluetongue can also be transmitted orally through colostrum. Infected bulls may pass the disease through semen.

As with several other diseases, it can be transmitted by mechanical means such as needles or dehorning instruments.

A most frustrating aspect of bluetongue is the numerous symptoms, which range from none at all to varying degrees and types of misery to death. They appear seven to 14 days after exposure. My own experience with this infuriating disease comes into view at this point. Our family has seen several sheep and one very good, mature steer suffer an array of debilitating difficulties. This has occurred over a period of roughly 35 years; not enough trouble to call a chronic problem and yet causing enough frustration to pull one’s hair over. Suffice it to say that suffering even minimal indications of BTV is enough to set a critter back weeks or months.

Sheep are the most vulnerable specie to contract the disease, fine-wooled breeds being the most susceptible. These are followed by cattle. Swollen legs, hot to the touch, are an alarming sight on a drooling, panting 1,250-pound steer. Hoof cracks, hair loss, burned muzzle and a protruding, blue tongue might be observed. Excessive salivation goes along with ulcerated gums and mouth.

My personal observations have included loss of appetite, trembling, head pressing, listlessness, stiffness of muscles, fever, the aforementioned salivation and hot, swollen legs. Being lucky enough to have suffered no death loss on my own stock, it is nonetheless difficult to encounter.

A 1997 Utah State University paper entitled “Bluetongue in Cattle” states it is “generally accepted that in the majority of infected adult cattle, the signs are unapparent.” This assessment provides, accurately, no road map for most diagnoses or treatment. Bloodwork is recommended as the most dependable tool, but after you’ve seen this, you know what it is. On our place, when a sheep gets stiff, there’s no doubt what’s going on.

Those unfortunate deaths from BTV are likely caused by pulmonary edema, bacterial complications and exhaustion. Those who have experienced head pressing in livestock know the look of acute distress that can entail a long list of problems.

According to the Merck Veterinary Manual, serology tests can come back positive seven to 14 days after BTV exposure and generally remain lifelong after a field infection. This can negatively affect, for example, bulls that are screened prior to being accepted into a bull stud. Imagine the potential financial loss from a positive test on a sire with great genetic potential, or the inability to buy or sell breeding stock that’s recovered from BTV.

Prevention of BTV is next to impossible, given that control of reservoirs is nonexistent. Best advice from the Utah State University paper mimics the control of mosquitos: Drain stagnant water areas, get rid of puddles and muddy, debris-filled water areas. These are difficult jobs, if not impossible, over most farms and ranches. Spraying livestock is seen as being of limited value.

There are no bluetongue vaccines approved for cattle in the United States, and only one approved for sheep. The modified-live product covers only one serotype (BTV type 10), which is helpful, but sorely short of covering the other 23 serotypes that threaten our livestock. Vaccination with a modified-live product can cause a lifelong positive serology test. My familiarity has been so inadequate that I quit vaccinating for BTV altogether several years ago. Depending on serotype, the product is not necessarily effective, so why stress the sheep? It is sometimes difficult to procure and is administered during hot weather, further stressing breeding stock. There’s a fair chance of no annual outbreak, generally speaking. Producers must weigh the pros and cons and do what they think is best. If nothing else, the vaccination program will make you feel better, and it certainly may be of value.

My confession comes next. In 2022, I chose not to vaccinate; we had not been bothered by bluetongue for nearly 30 years. I got caught and had four lambs break with BTV in September. They have all recovered but I will never know whether a vaccination would have helped.

So What Can You Do About It?

Old-fashioned animal husbandry is on the table when dealing with BTV. A virus can only wear itself out, making antibiotics useless and wasteful.

Rest, comfortable surroundings and treatment with flunixamine are recommended. Since ulcers may occur in the mouth, soaking or softening the feed will expedite getting cattle back on feed. Bluetongue outbreaks, in my experience, are sporadic and normally affect only a few or one animal in a given group. Supportive care may sound like putting a herd of cattle into an intensive care unit. In reality, it may only involve minimal effort.

The kicker here is the disappointment of watching a great animal suffer and go backwards. In these times, we just need to keep the faith.