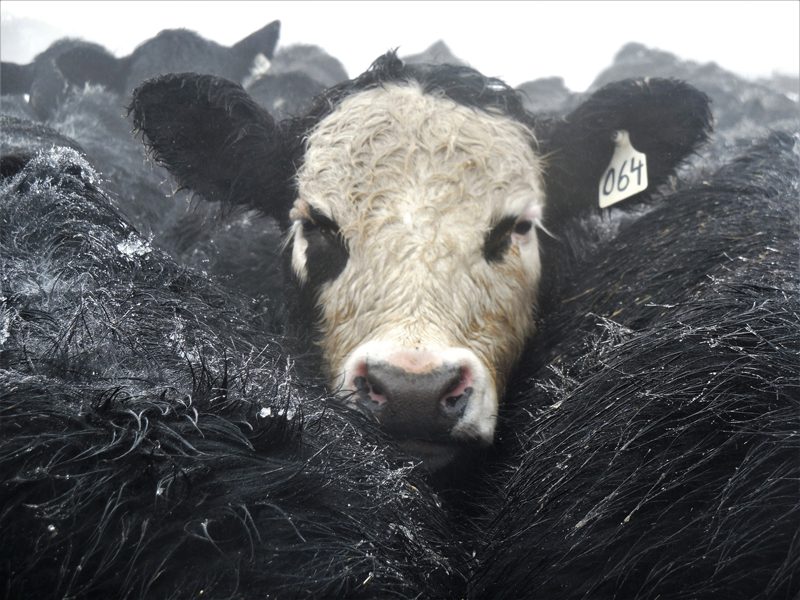 In the past few years, cattlemen have had opportunities to study and take advantage of fetal programming. By definition, it is the concept that a maternal stimulus or insult at a critical period in fetal development has long-term effects on the offspring (Funston et al., 2010).

The October 2021 issue of Hereford World states that “as a fetus develops throughout the three trimesters of pregnancy, the conditions it is exposed to affects the animal for the rest of its life.”

Many of us are now familiar with the specific requirements these studies have recommended for cows in various stages of gestation. The research on fetal programming comes under the heading of epigenetics, the study of changes in organisms caused by modification of gene expression rather than alteration of the genetic code itself. It is a concept hard to wrap one’s head around. 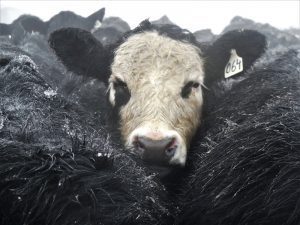 The origin of this science took place in Holland, in 1944-45, as a result of World War II. It was called Hongerwinter (Hunger Winter) by the Dutch. German-occupied Netherlands suffered starvation when Nazi troops blockaded food and fuel supplies from farming areas. Densely populated western provinces suffered an estimated 18,000 to 22,000 deaths, and 4.5 million people survived mostly due to soup kitchens. According to Wikipedia, most of the deaths were reportedly elderly men.

Fortunately for some, the Dutch anticipated this disaster and tens of thousands of children were relocated from the cities to rural areas where food was produced. They remained there safely until the war’s end.

Food stocks dropped quickly in the fall of 1944, and by Feb. of 1945, the average caloric intake was a meager 580 per day. It was reported that people ate tulip bulbs and sugar beets to survive. The winter that year was particularly brutal; lack of fuel prompted people to burn their furniture and dismantle buildings to survive the cold. The famine finally ended in the summer of 1945, with the aid of Allied Forces.

The Hunger Winter was unique in that it happened in a modern, developed, literate country. It was so well documented that it enabled scientists to measure the effects of starvation on human health.

Of greatest interest was (and continues to be) the effects on babies of pregnant women exposed to famine. As it turns out, this group, now aged 76, have been suffering the repercussions of fetal starvation their whole lives.

According to a Jan. 31, 2018, New York Times article, Hongerwinter babies were more likely to become obese as children. Later in life, they had higher levels of triglycerides and LDL cholesterol. They continued to be susceptible to obesity. Diabetes and schizophrenia reared their ugly heads, and the women chronically produced underweight babies. Further studies have suggested that the grandchildren of Hongerwinter babies were also underweight.

Those problems raked up a hefty toll. By the time these people reached the age of 68, they were suffering an increase in mortality of 10 percent.

Geneticists in the Netherlands and their many cohorts worldwide suggest that the Dutch Hunger Winter silenced certain genes in unborn children, and that they’ve stayed quiet ever since. All cells in one’s body contain the same genes; different genes are active or silent in different cells. This is locked in place before birth.

The complexity of changes in DNA due to various stressors in utero is so far reaching that the repercussions may take decades more to unravel.

One of the later discoveries in Hunger Winter babies is an accelerated aging of the brain. Studies of these people will no doubt continue through the remainder of their lifetimes and have spawned a whole new nutritional science called fetal programming. Agricultural universities have jumped on the wagon.

In order to know the nutrient requirements of unborn calves, we must first become aware of the normal developmental sequence and time frames during gestation.

The early phase of fetal development includes placental growth, the majority of calf organs and most blood vessels. Therefore, restricted feed intake during this part of pregnancy will negatively affect placental formation and calf organ development.

Publications from North Carolina Extension explain further that negative impacts on any part of a fetus due to nutritional stress can follow that calf throughout his life.

Things really start to gear up three to six months into gestation. About 75 percent of a calf’s body weight is gained at this time. Muscle formation is divided into two waves of muscle fiber synthesis. The first wave begins at mid-gestation, and the second occurs during the last trimester (Du et al., 2010).

Late gestation is probably the most important in terms of nutritional cow intake, obviously because of the maturing calf’s body weight. Along with the second wave of muscle tissue, adipose tissue (fat) deposits begin, enabling the youngsters to endure cold weather.

Interestingly, this stage of development also directly affects intramuscular fat (marbling) in a mature, market-ready beef animal. Calves stressed by his dam’s depleted nutrient intake will be compromised not only in marbling score, but muscle development and growth performance as well.

The practice of fetal programming is most important when pregnant cows are grazed on crop residue, unimproved pastures or overgrazed areas. Forage quality is easily compromised with seasonal maturity of plants, drought or mismanagement. Close attention and proper nutrition of the herd must be maintained to avoid the stress of nutrient restriction. Additional factors such as age of cow or multiple fetuses will further complicate matters. Additionally, cows calving with a low body condition score will suffer poor reproductive performance and reduced milk production as a result.

Usually, animal research and technological advancements lead to the subsequent improvement of human medicine and nutrition. This time, it is the other way around. The unfortunate circumstances of war and deprivation spawned a new science that will hopefully benefit us all in many ways.