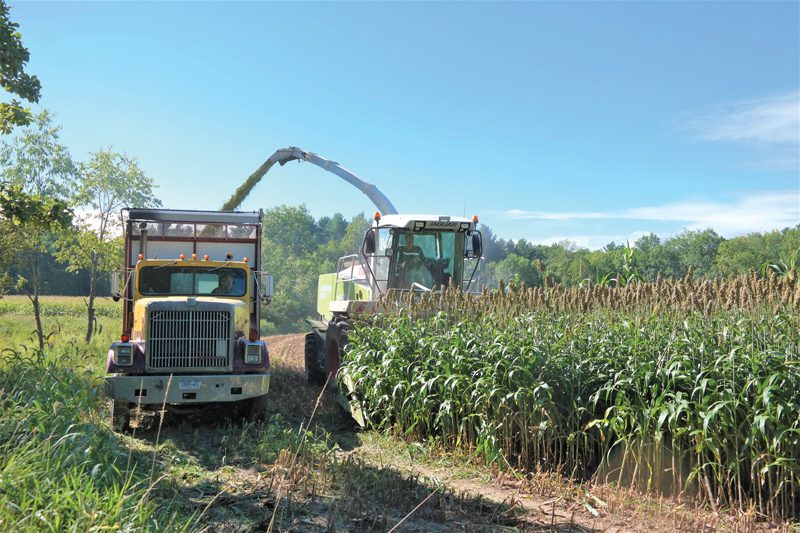 Scientific Advancements Give Us Another Option

Corn is king. It is the king of cattle finishing operations, the ethanol industry and grain export markets. However, corn has its own limitations. This Chuteside Manner column investigates why forage sorghums are a beneficial option in a crop rotation system with corn, as well as a viable alternative in backgrounding and finishing beef cattle. 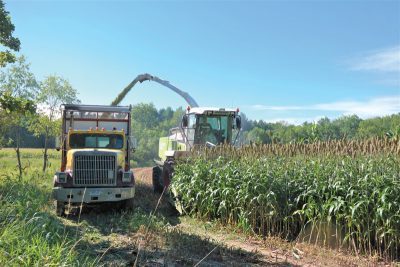 Many thanks go to Tom Kilcer of Advanced Ag Systems. Kilcer received his agronomy degree in 1978 from Iowa State University. He spent 33 years in New York Extension, doing forage research, teaching and consulting through Cornell University. After retiring from Cornell, he conducted 12 years of forage research privately at Advanced Ag Systems, a private research, consulting and education firm. His Whole Farm System approach has enabled upstate New York agriculture to improve and flourish. Much of his work may be found on his website in newsletter form, at
advancedagsystems.com.

Why Should Cattle Feeders Look at Forage Sorghum?

There are several angles to consider when comparing forage sorghum to corn. First, the genetic resistance to corn rootworm is slowly breaking down. Kilcer’s research shows that planting sorghum in rotation with corn for only one year will break the life cycle of corn rootworm; there will be no eggs laid in the rotated field.

Forage sorghums have a more aggressive, finer and deeper root system than corn plants, improving the soil structure. Additionally, forage sorghums are drilled in narrow rows that canopy quickly. This means soil stays porous, intercepting the impact of rain and aerating soils to the advantage of crops. Canopies provide great weed control within three weeks of planting and protect against soil erosion, which is reduced by 50 percent.

In variety trials at the Canadian border, sorghum silage tonnage, harvested, has beaten corn by up to 18 percent. Other production plusses include increased tolerance of poorer soils and hillsides. Cost of seed is much less, averaging $120 per acre for corn vs. $20 per acre for sorghums.

Drought tolerance is found across the board with sorghums, as well. This reduces or possibly eliminates irrigation expense. Although corn farmers have not suffered much (yet) from government intervention concerning irrigation in the Plains states, this is a topic that is likely to become a hot issue in the future. Those of us living above the Ogallala Aquifer are aware of our lucky location, as well as a looming threat from environmental activists. Sorghums would help to ease that problem with their hardiness in dry weather.

Additionally, in the heat of summer, corn stops growing above 85 degrees, sorghum at 105 degrees. At Roanoke, Va., during the growing season, 69 percent of the days were too hot for corn to grow, but the sorghum kept growing. Farmers have found that later spring planting dates for sorghums allow a better balance of workload, as well.

But What About Nutrient Value?

First, it is imperative to test your sorghum feedstuffs and include your nutritionist to make sure you have a balanced, optimum ration.

“Forage sorghum silage is not corn silage!” Kilcer warns. Some adjustments need to be made to nearly every ration, regardless of crop. That is life.

That being said, Kilcer maintains the nutritional value of fermented brown midrib (BMR) forage sorghums are comparable to or even better than corn silage when managed properly. Hard sorghum grains in silage have very poor digestibility. A key factor in maximizing nutrition in your feed is to use a male sterile variety. We should think of this as a “steer.” Male sterile varieties contain a gene that prevents viable pollen from being produced, so the plants cannot fertilize themselves. It was originally developed as a cover crop for vegetable farmers who did not want volunteer sorghum coming up the following year.

Researching the variety, Kilcer concluded that the feed value of male steriles is excellent and is enhanced when the crop is left to mature from six to eight weeks after heading. The plant’s energy continues to be stored in the leaves and stems rather than being retained in the heads. For fussy dairy rations, little additional corn and less protein needs to be added to the male sterile silage ration.

Corn supplies more energy to cattle in the form of starch; however, forage sorghums run about 18 percent sugar, providing a like amount of nutrients. He went on to say that male sterile plants in New York conditions, seven weeks after heading, will contain 28 to 29 percent dry matter. Every truckload will have more feed value and less water than corn silage. Beef cattle benefit from the more highly digestible fiber level and metabolizable protein, as well.

Kilcer reports that, on test, the right forage sorghums could provide a more economical rate of gain in feedlot cattle than corn silage.

What Else Is on The Horizon?

The huge genetic base of sorghums allow changes to happen relatively quickly. Brown midrib varieties are available that yield closely to conventional plants and provide more total digestible nutrients per truckload of silage.

New varieties are being developed, giving northern U.S. and Canadian farmers an option to raise sorghums. Years ago, they were thought of as being a southern U.S. crop. Not so anymore.

For those interested in niche markets, BMR male sterile sorghums may be fed to beef cattle in the feedlot and marketed as grass-fed beef. BMR sorghum Sudan grass is becoming a favorable option as feed in organic lots.

One More Thing: An Amazing Development

Non-GMO, herbicide-tolerant varieties of forage sorghum have recently been developed. They provide the same advantage as GMO (genetically modified organism) crops, but were established through selective breeding rather than genetic modification. Researchers are now working on development of “stacking” the herbicide-tolerant variety with an aphid resistant-gene. The sorghum industry is leaving no stone unturned in catching up with row crop producers.

Kilcer’s additional research includes methods of harvesting alfalfa hay to optimize nutritional value. He has also conducted extensive studies on triticale in his quest to improve crop production and feed quality for livestock.

Kilcer is enthusiastic for the future of a crop that is dependable, practical and doable, no matter the class of cattle you’re raising.