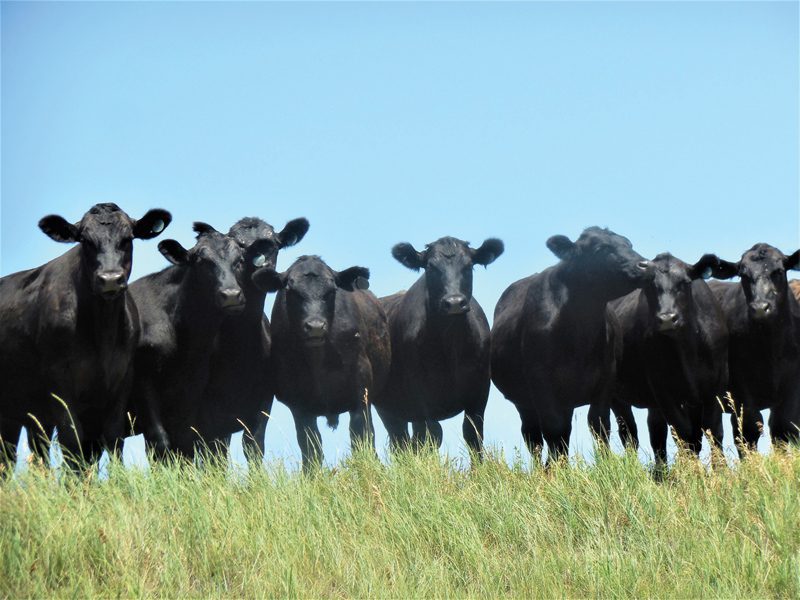 Kids sit in schools, classrooms and at the kitchen table for a good part of their young lives and are expected to learn. Cattle learn as well. Their classroom is the great outdoors, and every handling experience makes us teachers in their lives.

Many thanks for a great interview go to Dave Sjeklocha, DVM. The Kansas-based feedlot practitioner worked at Sublette-area feedyards before joining the staff at Cattle Empire for seven years. He took his current position with Merck in ruminant technical services three years ago. Spending a lifetime studying cattle behavior and handling methods, he has relentlessly trained young cattle producers about proper techniques at the working chute. Sjeklocha explains areas that are often problems while working cattle. His experiences deal mainly with calves and yearlings in large groups and facilities that are the norm in weaning and feedlot layouts. His mantra is “interaction is teaching.” Cattle can be taught bad behavior as well as good, affecting them and their handlers throughout their lives.

Sjeklocha points out the problems that regularly occur from the end of the alley up to the chute, beginning with the “sifter,” who may bring too many cattle into the alley and purposefully lets some by, hoping to have enough left to fill the alley by the time he gets there. Letting cattle escape teaches them that they can.

He recommends taking only as many as needed to full the snake (alley). Cattle that get by too many times are “trained to escape,” and each mistake we make affects the next handler, possibly resulting in people who get run over.

Sjeklocha emphasizes that each interaction with a human is a learning experience. For example, consider the number of people cattle will interact with as they move through the marketing channels.

One of Sjeklocha’s pet peeves is people who stand on the catwalks and lean on the alley itself. He says it seems to be human nature or just a bad habit for people to do. Cattle can see arms resting on top of the alley and talking heads. They would like to move away, but there’s no place to go. Solid-sided facilities have probably encouraged this behavior, as we tend to think the cattle can’t see us. The situation induces unnecessary stress.

He explains that, currently, many alleyways are being built with open sides, so cattle can see out. Handlers are trained to step away from the alley, out of the flight zone, until it’s time for the livestock to move forward. “Let them know they are responding to us,” he advises.

Move all the cattle in the snake forward when you move even one. When the rear of the alley is empty, more cattle can be added, improving cattle flow. Sjeklocha doesn’t appreciate double alleys. Short doubles may be all right, as long as they funnel into one chute and cattle can keep moving. Double alleys often force cattle to stand too long, causing stress.

Do not carry electric prods. Leave them hanging in a designated spot in case of an emergency. They are heavy, unhandy and break easily anyway. Sjeklocha says we can do better in reducing their use, but we’ve come a long way in a short time.

Advice for the Chute Man

Hydraulic chutes have lots of levers, more than the average guy has hands. It is most efficient and safer to use both hands when operating hydraulics. A poor catch in the chute can bruise the stock.

Keep the floor of the chute open enough so cattle want to go in. Admittedly, a narrow chute floor can prevent cattle from going down, but it hinders the flow of stock and increases the use of electric prods. Keep the floor open.

Open the tailgate as the calf in the chute exits. Up front, you’ll want the next calf to enter the headgate slow enough to prevent bruising and shoulder abscesses. In addition to bruising, stressing the stock can have a negative effect on rumen flora, adding another potential setback at an already critical time. When done working, chute release should, again, be done with two hands. Open the head gate and wait for the steer to realize he’s loose. He’ll move forward by himself, and you can let the squeeze off slightly, automatically setting the squeeze for the next calf.

Bud boxes are a great system if used correctly. Bring only enough cattle to fill the alley into the box. The key to a bud box is, the cattle should never stop moving until they are in the alley. The same goes with tub and sweep systems; bring in only enough cattle to fill the alley. If we use the tub as a holding pen, the cattle will not want to move and we are left with having to use an electric prod to get them to go.

Backstops at the very back of an alley hinder cattle from entering; they don’t like seeing the stop. If a backstop must be there, having a pulley system that allows the handler to pull the device up out of the way allows cattle to enter the alley more readily.

Pressure at the Chute

Never pressure cattle when there’s no place to go. One critical area is directly behind the chute when the next steer to load is waiting behind the chute gate. Some handlers feel it is necessary to have that next calf  “ready to go.” Backing off this calf is imperative; stress affects how cattle respond to vaccines, and giving an animal space at this point will reduce the number of turn-arounds. This is a heads-up to the chute man who may be anxious to hurry the help. Patience is a virtue.

Paramount to all else, yelling, whistling and loud music are out. Animal behaviorist Temple Grandin, Ph.D., has said that the human voice is more stressful to cattle than machine or metal. Cattle don’t know where the noise is coming from and become stressed. If you have to make noise, use “clicks or clucks.” Turn the radio off, you can dance after work.

Don’t Be a Jerk

Use tag cutters when removing ear tags. Ears have nerves, too.

Sjeklocha works regularly with feedlot crews, spending about 60 percent of his time in Kansas and the rest “all over.” He says training a crew depends on their experience and/or bad habits. He says that bad habits are harder to deal with (think about leaning over the snake). Language is not seen as a huge barrier, as someone can usually interpret if needed, and much of the education is showing rather than lecturing working techniques. He says he has also picked up some Spanish language along the way.

Many feedlot cowboys are attending National Cattlemen’s Beef Association (NCBA) Cattlemen’s College, making a sizeable improvement in cattle management. These sessions are often done in both English and Spanish. In addition, NCBA has a Feedyard Welfare Assessment Program that feedyards can use to evaluate their cattle handling. About three years ago, in response to consumer concern, some packers and even retailers initiated feedlot welfare audits. Often, these audits are seen by cattle feeders as an asset rather than a threat.

The importance of cattle welfare will never go away, it only grows and changes to benefit our livestock and society.