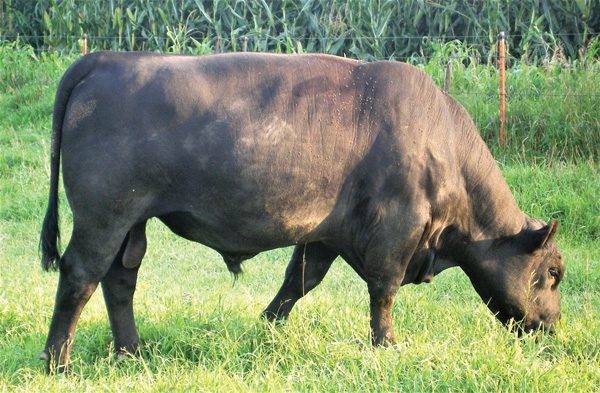 During the heat of the summer, there’s an abundance of concern over health issues and persistent annoyance. I am not talking about our grandchildren; I’m referring to flies.

Agricultural scientists have put flies under close scrutiny, determining specific bacteria, viruses and new threats the insects carry on their various body parts. Even their means of attacking livestock with specialized biting, sucking and abrasive features are examined. 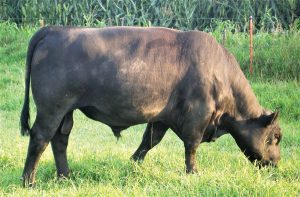 Flies carry diseases too numerous to discuss in one sitting. This Chuteside column will whittle the list to only a few interesting or important maladies and pathogens.

There are few beef producers who are aware that cows can carry their own brand of leukemia, bovine leukosis. Although not well known, it is common in the United States, infecting 44 percent of dairy and 10 percent of beef cows. According to the Merck Veterinary Manual, the prevalence of this virus increases with age. Cattle are infected with BLV “through transfer of blood and blood products that contain infected lymphocytes.” Common farm practices like tattooing, dehorning or rectal palpation can transmit BLV; however, flies are a guilty party as well.

About 65 percent of infected animals show no outward symptoms. There is likely a silent loss of production that is impossible to measure, and these cattle become a reservoir of BLV for future transmission. About a third of infected cows have a stepped-up version called persistent lymphocytosis. They definitely show production loss and have a greater risk of passing along infection. The remaining 5 percent of BLV-positive cows are generally four years or older, and have outward symptoms of illness. This is called lymphosarcoma and is one of the main causes of condemnation of adult cows at harvest.

There is no treatment for BLV. In case beef cattle producers are brushing off this problem as insignificant, just remember the speed at which Johne’s disease and hairy heel wart jumped from dairy into the beef industry.

Anyone over the age of 55 can remember the awful warbles or grubs that infested bovines back when LBJ was president. Otherwise perfectly good cattle developed painful bumps on their tops. Each bump had an air hole, and in the hole was a large and most disgusting larvae.

Innumerable hides and loins were damaged or destroyed by warbles infestation, and calves and yearlings, the most susceptible, suffered immeasurable pain. Monetary loss followed these cattle to the packing plant.

According to an article written by Jenny Halstead of Kansas State University, warble flies live for only a week, only to reproduce. They are large and hairy, resembling bumble bees. Females have rudimentary, degenerate mouth parts that are useless for eating; their only function is to lay approximately 600 eggs before dying. The eggs are laid on the lower legs of cattle, and hatch within six days (only 3 percent to 5 percent will survive to maturity). The larvae pierce the skin and migrate through muscle and connective tissue on their way to the esophagus, a trek that takes four months. There they overwinter.

In the spring, migration continues to the backs of cattle, a trip that takes a total of nine months after hatching. After arriving in the loin area, larvae get busy, cutting a breathing hole in the skin to molt twice, doubling in size. This final process takes 30 to 90 days. Finally, the grubs work their way out of the breathing holes in April and May to fall to the ground and pupate.

There are two varieties of grubs, they are found on all continents in the Northern Hemisphere.

Thankfully, there are have been effective treatments available to stop this parasite for several decades, drugs that are indispensable to the cattle industry. Most younger cattle producers have never seen a grub; good management has stopped them cold and warble flies have been eradicated from many countries, beginning with Denmark in the 1960s.

Several fly species are responsible for the transmission of better-known, common problems in cattle. Fly strike, or secondary myiasis, happens when eggs are deposited in wounds and larvae develop, feeding on necrotic tissue and wound secretions. Results can be lethal if not treated.

Fly worry is a term used to describe the 12 to 14 percent decrease in production due to simple irritation of painful, annoying bites, piercing or sucking. Horn flies and stable flies are notorious vectors of pain. Horse flies can transmit anaplasmosis, and 20 to 30 of them can drain 100 milliliters of blood from an animal over a period of six hours. It is interesting to note that the large-sized horse fly prefers dark colored cattle.

Pinkeye, or Moraxella bovis, is the result of the face fly, which lives off the secretions of livestock. They can also transmit infectious bovine rhinotracheitis (IBR) and brucellosis. It is one of the most common specie of flies and causes perhaps the most common problems. Face flies not only carry pathogens, but their feet are equipped to cause abrasions to eye tissue, opening a pathway to severe pinkeye infection. In our area, some pinkeye outbreaks are broken only by culturing the pathogen specific to a given herd and developing a vaccine and health protocol from that process.

Although they do not bite, houseflies are simply annoying, filthy insects that carry a variety of bacteria and worm eggs from place to place.

Prepare to be scared

According to a Hoard’s Dairyman February 25th, 2020 Milk Quality article, extensive research is underway on Houseflies and Stable flies on New York dairy farms. Investigators Carlos Santisteban, Valeria Maria Alanis Gallaro, and Jeffery G. Scott have begun collecting and documenting species of bacteria on a wide range of internal and external body parts of flies. Most recently, the New York dairy scientists captured 42 flies and cultured an amazing 228 isolates from their meager catch. Their research will continue, with the study of the spread of mastitis being one of their top priorities.

They’ve discovered that Houseflies have a flight range of four miles and can simply land on an object to disperse bacteria. Regurgitation and defecation are other options for these pests.

Bristles and glandular hairs on Houseflys’ legs release a sticky substance that enhances the adhesion of bacteria to the exterior surface.

The scary part: Flies are capable of dispersing antimicrobial resistance (AMR) genes among animals and humans. They can act as vectors of multi-drug resistant bacteria and transfer them between different environments. This means, for example, a fly could carry an AMR E. Coli bacteria, and that bacteria could later confer the AMR gene to a Staph bacteria picked up on his feet four miles away.

Keep your place clean, scrape your lots often. Additionally, there are many effective fly control products on the market.

Use them, your cattle will thank you.