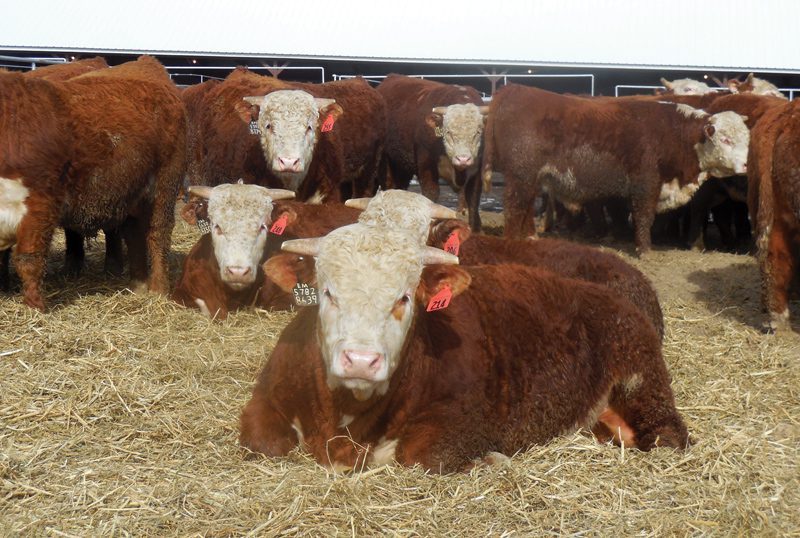 A new way of thinking was noticeable on the floor of the Cattle Industry Convention and National Cattlemen’s Beef Association Trade Show in February. Spurred by the antibiotic resistance/residue dilemma, consumer perception of animal welfare and simple economics, ideas are being generated more aggressively from the top down.

Feed manufacturers, drug companies and producers are reconsidering the importance of immunology. With no new antibiotics currently being tested, ideas are trending toward enhanced vaccination techniques, new feed additive product trials and more extensive research to learn about bovine immune systems. Proactive management is being used to reduce the use of antimicrobials. 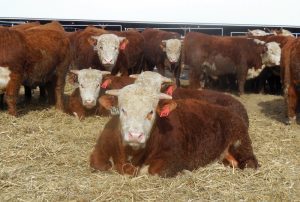 Newly released research from Lallemand Animal Nutrition is an example of the way science is pursuing knowledge of nutrition’s effect on immune system response.

A nutritional trial was conducted at a Montezuma, Kan., feedlot from September 2018 through June 2019 using 1,274 beef heifers. Weighing in at an average of 547 pounds, the calves were purchased at Joplin, Mo., and Oklahoma City auction markets. Like most calves purchased at sale barns, weaning, co-mingling, feed changes, trucking and weather were challenges for the youngsters. All these events impact the health and feeding performance of newly arrived calves.

The heifers were sorted at the Montezuma feedyard into control and a treatment groups. The treatment group was fed ProTernative® at 20 billion colony-forming units per head per day, for 45 days. ProTernative, in laymen’s terms, is a live yeast probiotic that aids cattle health and digestion. It is incorporated into the ration.

The ProTernative-fed cattle had fewer first bovine respiratory disease (BRD) pulls, less death loss, lower cost of gain, lower treatment costs and higher average daily gain. This over-simplified synopsis is, of course, accompanied by volumes of data on the test results. We will visit that later. The question that remains to us in the country is, how does a yeast product promote digestive health and how does that relate to respiratory health?

How can a yeast probiotic boost immunity?

Karges explained that yeasts, like ProTernative, are probiotics – live organisms that are produced in a tightly controlled, scientific fermentation process. Grown in laboratory vats, they are later dried and packaged in a way to support the feeding needs of various sized cattle operations. Beneficial yeasts support the immune system and must be very strain-specific.

Incredibly, he added that 60 to 70 percent of an animal’s immune system resides in the digestive tract, a topic which is seldom discussed. Probiotics are designed to work in the digestive tract by promoting favorable bacterial populations. Since all guts contain both good and bad bugs (think E. coli), the probiotics stimulate beneficial bacteria, ensuring an ideal balance so bad bacteria do not overtake the digestive system.

Karges went on to explain that when animals are stressed, undesirable bacteria produce toxins that further harm cattle. Toxins also have a negative effect on beneficial rumen flora, which is detrimental to the entire digestive tract.

Reduction in general stress levels benefits the entire animal, allowing him to expend energy for growth rather than fighting off disease.

How are yeast products
administered?

Probiotics (specifically ProTernative) can be fed in several ways. ProTernative is available in a few different formulations, which can be easily integrated into feed additive micro-ingredient machines, feed mill or vitamin-mineral premixes, supplements or top dressed. This probiotic is also available with Lallemand’s patented Titan® technology for use in pelleted feeds or supplements. Depending on the specific feed delivery method, a ProTernative formulation is marketed and available for U.S. cattle producers.

ProTernative may be fed daily and included in any situation when livestock are exposed to stress. It is natural, works well in hospital pens and is a complement to antibiotic therapy.

On a note we are all glad to relate to, probiotics taste good. Calves will go to the bunk and eat. They then head to the water tank for a drink, and the beneficial bacteria take off. Karges calls this “good, old fashioned animal husbandry.” The point is, every farmer, backgrounder, or feedyard operator can use these products safely.

Lallemand currently recommends a 35- to 45-day window of use at the beginning of a feeding or backgrounding period, and as needed during later periods of stress.

To add more specifics on the advantages of Lallemand’s ProTernative trial, Karges noted a 28-percent reduction in BRD first pulls during the first 45 days of the trial. Likewise, a similar reduction in mortality occurred.

Live animal performance resulted in a higher ADG as well as an almost $5 per hundredweight reduced cost of gain over the 232-day trial – a 7 to 1 return on investment.

Cost of treatment antibiotics for ProTernative–fed cattle were $2 per head less than the control group, and severe liver abscesses were cut by almost 50 percent. Carcass grade and yield grade were also improved. This could potentially bring additional economic benefits for cattle sold on a carcass grid basis.

Karges ended by saying that gut health is the next frontier, and we keep learning more about how nutrition interacts with animal health and the immune system. The more knowledge we gain, the more opportunity is available for cattle producers to include the new feed additives and management practices to ultimately lead to healthier and more profitable cattle that will better serve our consumers.

Many thanks go to Kip Karges, who has racked up 25 years in the cattle industry. He received his master’s degree in animal nutrition from the University of Nebraska, and a doctorate degree in nutrition from Oklahoma State University. His time in the animal feed industry has been heavily focused on research and technical support work. He enjoys working with people and bringing added value to animal feed products. He is confident these products will produce a nice return on investment while producing healthy and nutritious animal products for consumers. Karges’ job with Lallemand has taken him to Abilene, Texas, where he resides with his wife. They have a son, who is currently working to become a commercial pilot.