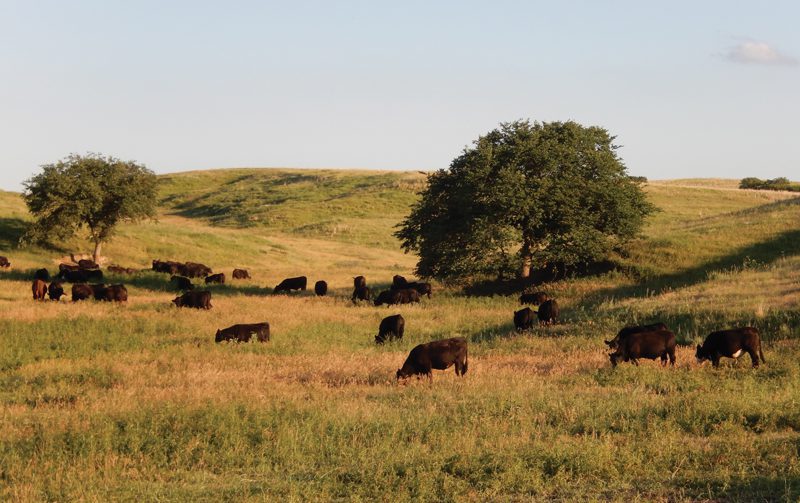 Bovines have been taking a bum rap for too many years. First, doctors mistakenly reported the risk of heart disease from eating beef nearly 30 years ago. Animal rights groups, seeing an opening, jumped on the bandwagon and used their agenda to inflict guilt upon meat eaters. Most recently, those espousing the theory of manmade climate change have vilified ruminants as copious producers of greenhouse gasses.

Although the medical field has somewhat backed off their slanderous accusations, we continue to be plagued with two of the most pernicious groups to occupy our planet. 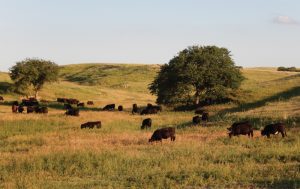 It is important to speak well of ruminants; they provide more than meat and indispensable byproducts. Their capacity to utilize a huge variety of feedstuffs is of great benefit to the planet, and their ability to convert otherwise inedible components into meat is a miracle. We are aware of their common diets of grasses, grains and crop residues. This Chuteside column investigates some additional feedstuffs you may never have considered.

North Dakota State University (NDSU) lists in a 2015 paper “114 Alternative Feeds That Can be Found in the U.S” is full of surprises. Kris Ringwall, NDSU beef specialist, recounts that “as a ruminant animal, the beef cow never was intended to lead a pampered life.”

Feeds listed fall into these categories: forages, straws, residues, weeds, roots and tubers, grains and screenings, oilseeds and liquids, and all the coproducts of the above. Here are a few of my favorites:

A World Animal Review paper by Pierre Thivend of France gives good reasons to use whey as a feedstuff, and also as a deterrent to pollution problems.

Whey is the residue obtained from the manufacture of cheese. It is estimated that growth in the world cheesemaking industry has pushed up global whey production to more than 80 million metric tons annually. Much of it is wasted.

Thivend reports that whey is a strong pollutant when discharged into waterways. Its high organic matter content leads to biochemical oxygen demands. It’s estimated that a cheese factory processing 100,000 liters of milk each day is equivalent to the pollution of a city of 60,000 inhabitants. Consequently, whey is sometimes dumped at production sites, provided the land area is large enough and the soil type is appropriate for absorption.

Animal feed is the principal outlet for whey, being fed as a liquid, condensed or dried. On a dry matter basis, it is approximately equal to corn in energy, and to barley in protein. Liquid whey can supply 20 to 30 percent of the ration dry matter for cattle. Adult ruminants are able to use much larger quantities of whey or its filtrates than other species. Digestibility of dry matter tops 87 percent; the nitrogen content being converted in the rumen into microbial protein.

The least expensive method of feeding whey is in water tanks, where cattle can ingest large quantities of the product in partial or total substitution of water.

It can be used to preserve and improve silage quality, as well. Granted, one needs to live in proximity of a cheese plant to make this work with liquid whey; however, it’s a product that provides a great opportunity.

In a July 2006 issue of Angus Journal, Troy Smith reported on forage kochia (K. prostrata). It‘s gaining a good reputation because of its nutritive value and positive impact on rangeland. Forage kochia grows best in poor soils and provides adequate grazing, being acceptable in protein. It performs best as a fall and winter stockpile, retaining digestibility and providing a substantial volume of feed. Outside of salt and mineral, cows need no additional supplementation while winter grazing kochia. It grows to about 18 inches and is available in most snow conditions.

Common kochia, which we spend our time cussing, spraying and cutting out of fences, can also be hayed at 20 to 26 inches in height. It can yield up to 1.8 tons of hay per acre, although it is a mystery to me who gathered that kind of information.

Potatoes are an excellent source of palatable energy for cattle, but must be supplemented with protein, minerals, vitamins and fiber. A good potato will run 82 percent total digestible nutrients (TDN), 20 percent dry matter (DM) and 10 percent protein.

The risk of choking is reasonable if potatoes are not fed properly. They should never be fed frozen solid, and always handled in such a manner that cattle keep their heads down. Feeding on the ground or in a bunk with a hot wire running 24 to 32 inches above the bunk is effective. Potatoes provide a very laxative effect, so roughage needs to be abundant in the ration. They also stimulate a great deal of urine production.

Fresh potatoes can substitute for half the grain in a finishing ration. A steer can eat up to 60 pounds of potatoes per day, or dried potato meal can make up 20 to 30 percent of a total mixed ration. Fresh potatoes can be ensiled with roughage.

Beware of the culled French fry. They may contain up to 30 percent fat, causing rumen digestion problems; fresh spuds are a better bet.

Oregon State University says cull onions can be fed to ruminants and contain 90 percent water. High TDN and adequate protein are a plus, but a diet of more than 25 percent in a cattle ration can cause anemia due to a high content of sulfur. Oregonians have good access to onions and have made inroads as to how they should be fed. According to Oregon State University Extension, “Beef cattle have an affinity for onions and can acquire acute and potentially lethal disease if it becomes a large portion of their diet.”

Dairy cattle may produce off-tasting milk, but sheep are outstanding onion eaters, with highly tolerant rumen flora and a taste for the gourmet.

An interesting and surprising feed source in California is almond hulls. Tens of thousands of tons are produced each year, which are primarily fed to dairy cattle and sheep. Sugars and starches run 55 to 60 percent, and are highly palatable. They can make up to 50 percent of a high-concentrate sheep ration.

Stale, discarded bakery products make good components in cattle rations, supplying energy and protein. They vary greatly in nutrient content and often contain high levels of fat. Digestive disturbances can occur because of the quick rate of fermentation in the rumen. As with other non-traditional feed sources, bread and bakery products should be limited to no more than 20 percent of a ration.

In summary, ruminants are of great value during their entire lives, preventing waste and converting lower quality feedstuffs into high-quality protein. In addition, the U.S. cattle herd is the most efficient and ecologically sound in the world. They graze areas that are completely unfarmable, and convert low-quality forages into protein. Be sure to bring this up the next time someone finds it convenient to criticize our perfect, efficient production model – bovines.