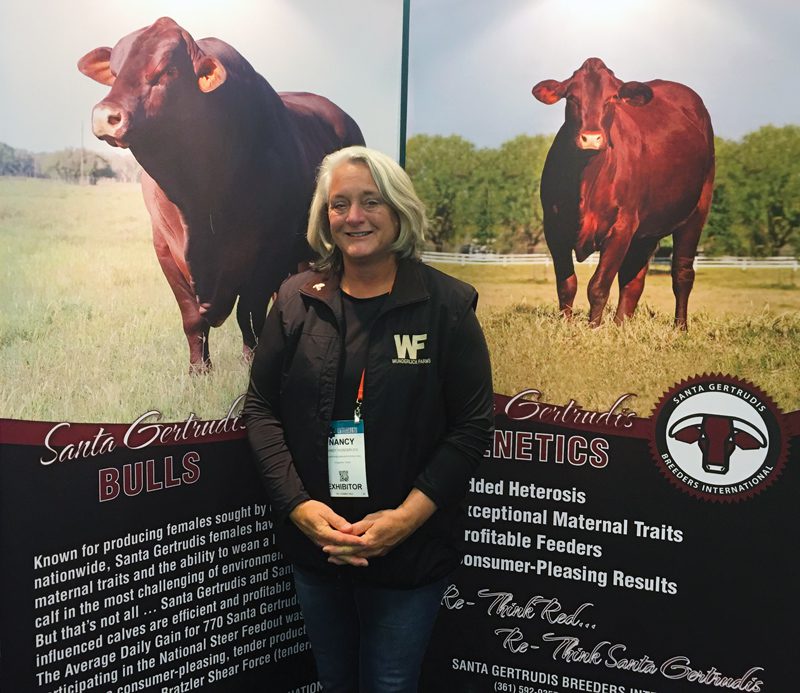 Nancy Wunderlich is a family rancher who graduated from Texas A&M University with a degree in ag education. She taught at Blinn Junior College until her third son was born, and said “enough is enough!” With young children and a growing cattle enterprise, she went home to manage the family business. 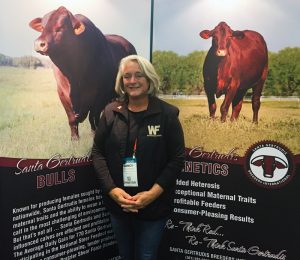 Wunderlich Farms at Brenham, Texas, ran commercial cows until oldest son, Peter, purchased a registered heifer to show as a junior project. The experience turned out so well, it grew into a 250-cow purebred herd. By the late 1990s, the Wunderlich family was providing all replacements for their commercial cow herd, while introducing proven genetics with Santa Gertrudis bulls.

The breed has benefitted them; Nancy became involved with Santa Gertrudis Breeders International and will take over as the association’s president in April 2020.

Her family is heavily invested in the cattle business; husband Terry, DVM, owns Washington Animal Clinic where he practices alongside their son, Peter, DVM. Peter and family also raise and show purebred Santa Gertrudis and club calves. Son Paul and his family raise purebred Brangus. Another son, Dayne, is a real estate agent in Houston. Nancy and Terry have four grandchildren.

She is the cow boss in her family, and is grateful that her spouse and children are “hands on” whenever help is needed. Her favorite thing is to get on the four-wheeler and check for babies during calving season.

She is proud that she and Terry taught their sons to take care of themselves. The couple set a tone as parents to “work until the job is done.” Their self-sufficiency is a major accomplishment to Wunderlich, it’s a goal we should all follow.

PrevPreviousCattle Feeders Hall of Fame
NextUnique in All the WorldNext