GYPSY WAGON: From Our Editor August/September 2022 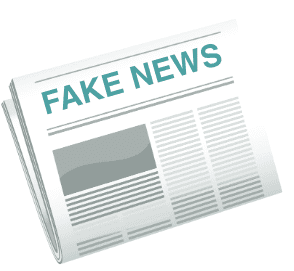 Soapbox time. I have always been confident that, in the scheme of things, everyone in the world knew agriculture was indispensable. After all, even everyone in Washington, D.C., must eat three times a day. The old joke that we don’t need dairies because we can get milk at Safeway was just a joke. Right??

Always the Pollyanna, I just thought political leaders understood hungry people were angry people. That was before I heard about ESG scores. I had to look it up and it stands for environmental, social and governance risk. It turns out, your ESG scores may be part of the consideration lending institutions use in evaluating and investing in your company. As it turns out, for countries like Sri Lanka, for example, a high score can mean total disaster. As I write this, starving people are marching in Sri Lanka and Ghana, and the farmers in the Netherlands have taken to the streets. One of the principal causes is that governments, in striving to meet ESG standards, have passed regulations on the use of something we all understand, fertilizer. Suddenly every advancement made by the industry over all these years is questioned by people without a clue on how it works. It is beyond my understanding how something so life sustaining like food, can be so misunderstood. Or that the people who produce it don’t deserve more respect.

Along the same line, let’s look at a recent event in our industry. I arrived in Garden City, Kan., on the day after the FROM OUR PUBLISHER deaths of several thousand cattle in the area. The event made national news, primarily because of two things. The national press had been speculating on miscellaneous events that had happened to food companies recently and, more important, were sensational photos taken by a worker at one of the yards that were shared with the press. Those of us who understand issues management always hope that some else will steal the headlines when we have an incident, but it didn’t happen that day.

What was worse was the truly FAKE news that it engendered. For heaven’s sake, can you believe people who should have known better insisted that nothing had happened, it was a scam. Or announced 300 cows had died on a ranch. Others went public saying that Joe Biden had poisoned the cattle, although I am not sure how that happened. Speculation included Bill Gates and lightning. I’m surprised no one blamed Putin. Give me a break, man.

What happened in Kansas was a weather event, just like a tornado is a weather event. Fronts came together over Ulysses, Kan., with excess heat and humidity – who knows how high the temperature went with no relief for the cattle? It was horrific and heartbreaking, but using the catastrophe is no excuse to push your own agenda, whatever it is. Playing games with the press is dangerous for an industry. Any industry. On another subject, as you can tell, we dedicated this issue to Baxter Black, a true treasure for our time and a friend to thousands. He had the ability to take ordinary life and turn it into a humorous and true picture of all of us.

Not only did he make us proud of ourselves and our place in the world, but he shared our story with multitudes through his appearances on Johnny Carson, his radio broadcasts, On the Edge of Common Sense column and numerous books. He was humble, kind and generous with his time and will be missed by all of us. The rest of this issue is a smorgasbord of current events with articles on greenhouse gas research and protecting your operation from animal rights activists, and the latest in disease traceability efforts by U.S. CattleTrace. Patti Wilson talks water as the No. 1 nutrient in Chuteside Manner, and we have picture pages from Beef Empire Days, the Cattlemen’s Ball of Nebraska and Jess Ebert’s trip to Dubai. Enjoy.