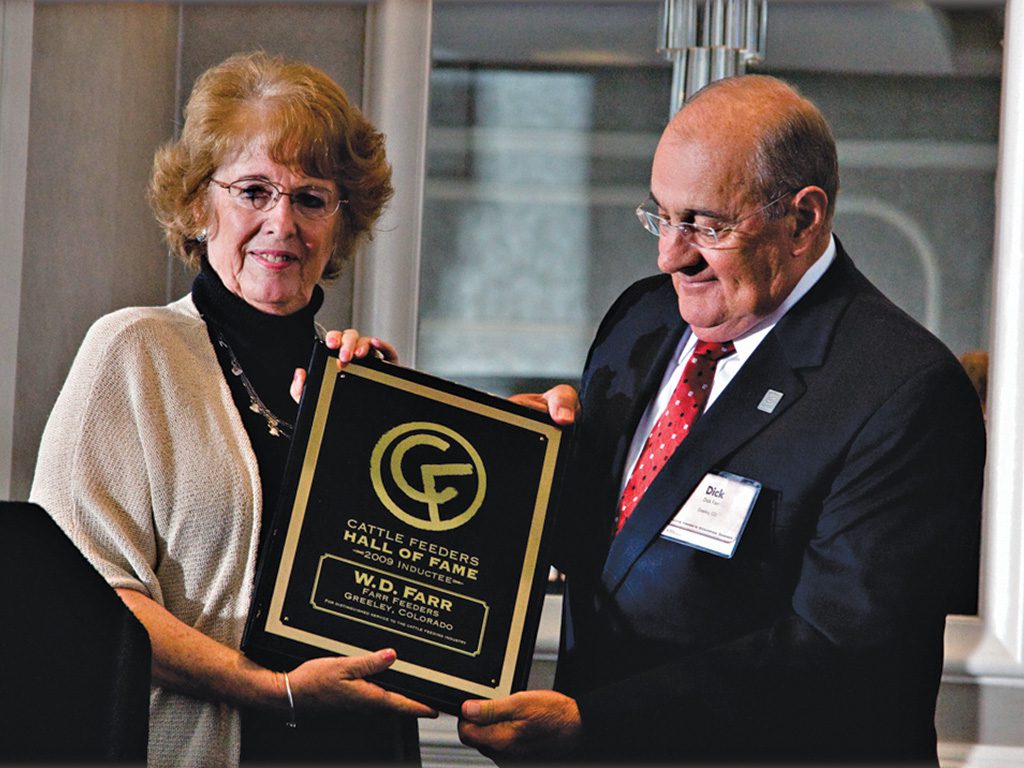 They say you can’t go home again, but I found out recently you can go take another peek at a few of them. After the little condo in Garden City was ready for sale, I took three months and revisited many of my favorites and, as you will see, came up with a few ideas for stories.

First on the list was the Cattle Feeders Hall of Fame event in Denver where over 500 people came to see the late Earl Brookover and Nebraskian Jeff Biebert inducted into the hall. (See pictures in this issue.) Eulogio Dimas of Southwest Feeders was honored with the 2017 Arturo Armendariz Award, and Dee Griffin, DVM, (see story in this issue) received the Industry Leadership Award. 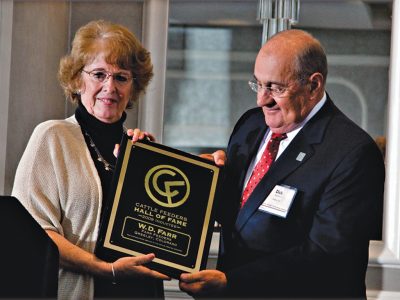 A jaunt up to Greeley took me back to my home for several years while I worked for Lextron. Longtime friend Bonnie Sowder took me to see the Budweiser Clydesdales as well as the new CoBank Center for Agriculture Education on the CSU campus, which Bonnie had help facilitate. The building is fantastic (see story in this issue), and I have to admit I shed a tear or two while walking through the Agriculture Hall of Fame, looking at pictures of W. D. Farr and Temple Grandin and Bill Webster and dozens of others I had had the opportunity to know and interview through the years. If you get up to the Greeley/Fort Collins area, put the building on your list.

I traveled across Nebraska on I-80 dozens of times during the ‘80s, working for Dinklage and Lextron and visiting with friends, so why not one more time. A stop in Oshkosh with Kay and Myron Peterson got me a tour of my old stomping grounds where the feedyard has turned into a very productive replacement heifer yard. Everyone is excited about the new potato storage sheds going in.

Over at Hazard, Patti and Dick Wilson were preparing for the eclipse. (See story on this issue.) Their ranch was directly in line for the event, and they were hosting a group from Iowa as well as a number of uninvited visitors, as it turned out. Hazard, pop. 66, was also celebrating a new restaurant, which I discovered serves a great chicken-fried steak. (See story in this issue.)

Almost exactly 60 years after my dad, Harold, drove me to Western State College at Gunnison, Colo., to start my freshman year, I had the chance to revisit the campus and pay respect to my stepmother, Helen Jensen Bradford. Helen met my dad on the campus while at a water meeting and celebrated the occasion by sending a sizable check to the school. A study room in the library dedicated to Western Colorado bears her name.

A trip to the Black Hills in South Dakota to see an aging aunt and uncle gave me a chance to stay in Hot Springs, S.D. where my boys were raised. I got to visit with Marcy Largent, daughter of the late Topper Largent, my old boss at Fall River Feedyards. I was reminded just how lovely the hills are in a good (wet) year. South Dakota and the return trip across Wyoming were green as grass.

A quick drive back to Garden City for the dedication of the Hy-Plains Education & Research Center and another visit with old friends (see story in this issue) was a highlight of the summer. The group’s excitement and enthusiasm made me proud to be a part of a new enterprise dedicated to the wellbeing of the cattle community.

Back in my casa in Arizona for the winter, the new white car has 5,000 miles on her and has now seen a few dirt roads and rainy days. The house in Garden City has sold, as have the boat dock, one of the RV lots in Arkansas and Dean’s beloved CamAm. I do have a fifth wheel that will sleep 11 and a large RV lot on Table Rock Lake if you’re interested.

I’m looking forward to seeing all of you here in Phoenix come the Cattle Industry Convention in January.