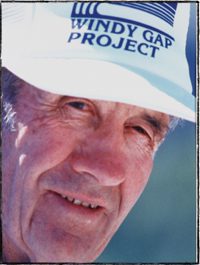 ALL OF US CARRY MEMORIES OF SPECIFIC EVENTS IN OUR LIVES. Where you were when JFK was shot, or when the towers came down will always be a part of your repertoire. I will always remember being in Wisner, Neb., when Herman Dinklage walked into a presentation I was giving to announce that the space shuttle Challenger had exploded, and the phone booth I was using when I heard my dad had died. For reporters, specific interviews come to mind because they left a mark on you forever. One of those for me was W.D. Farr’s discussion of China in 1989 right after Tiananmen Square. The words are still prophetic.

Comparing them to communists in Russia, he pointed out that the Chinese work from the bottom up instead of the top down, and that’s why China is much more successful.

“They’ll have to lose it, as was demonstrated last summer, but also they demonstrated that they still have communist believers – they are still in power, you see but China, when it does come back, and it will, [it] will explode faster than Russia because they’ve got the underpinning to build a stable type of government faster than Eastern Europe,” Farr said.

In China for the 25th anniversary of the revolution, W.D. told of a man he met.

A Chinese man we met had learned English very well. He was about 30 years old at the time. I still correspond with him. A wonderful, fine young man, absolutely one of the party. But he would answer your questions, and he was with us constantly.

The story he told was about him and his parents. The communists had won the revolution and drove their enemies to Taiwan and they took over every factory, every house, and every piece of land. The government just took over everything so nobody had anything – nobody. The people don’t think about that.

And how would they govern? Mao, of course, had been the leader, and he was not the most logical man. But, again they had won a war. Everybody that had very much knowledge and training had gone to Taiwan because they were the enemy. They were the ones with the know-how that had been stepping on the peasants. So they had a factory but didn’t have anybody who knew how to run it.

How do you manage these structures? How do you manage this land? Well, they decided to put a bunch of people out here and call it a commune. The whole bunch of them will operate this piece of land. Okay, what kind of a structure will they have? It took years to develop it.

I’ll never forget one statement. We went out to this one big commune – 80,000 people – and there was a man that was obviously a fine leader. We raised the question to him, ‘Are you satisfied with the progress you’ve made, what you’re doing?’

Now, they just didn’t have much of anything at that time. But they were all happy and this was the answer:

But where’s the foundation? You see the same thing if you go to Russia. You find out that, fundamentally, it is the reason they tolerated communism. Their history was atrocious. They never won anything. They always lost the wars and, really, they had lost again in World War II. You see, but for bad weather, they would have lost again. Germany just wasn’t able to capture Russia or they whole thing would have turned out differently.

The Farr series ran for 14 issues of CALF News and turned out to be one our readers’ all-time favorites. He always emphasized the need for leadership and, in his day, advanced our industry in more ways than we will ever be able to measure. His observations were timeless.