African Swine Fever – Why Should We Care? 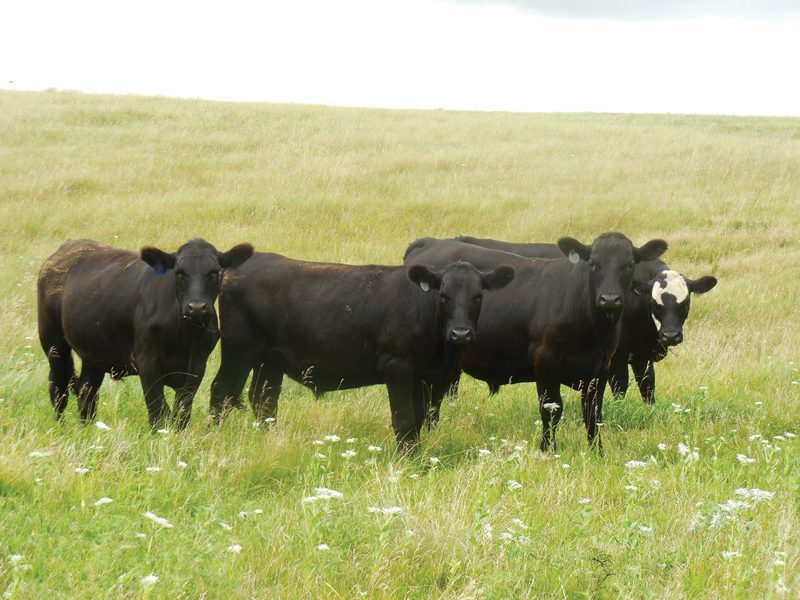 As livestock producers, we are informed on an almost-daily basis about the epidemic of African Swine Fever (ASF) marching across the globe.

Thankfully, most of us in the United States don’t know or are even interested in the details of this vicious contagion. We have been unaffected thus far by the disease itself since most of us simply raise cattle.

The truth of the matter, however, lies in the fact that in the big picture we are contributing to the global protein supply. This includes all meat, poultry and fish. We are feeding the world in a bigger way than simply producing beef.

Numbers coming out of China alone (although not necessarily accurate) indicate that they have lost more hogs than the entire U.S. pig population, which amounts to 10-15 percent of the global pork supply. That’s considered a conservative estimate.

The August 25, 2019, issue of Hoard’s Dairyman magazine suggests China’s loss at 60 percent of their swine 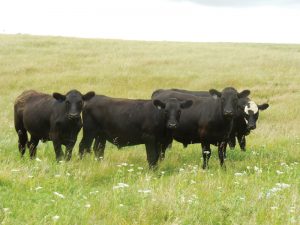 Noel White, president and CEO of Tyson Foods, reported in a May 14, 2009, blog post from The Feed Blog, “The outbreak is likely to change the global protein landscape for years to come.”

Not only is China currently affected, but countries around the Asian Rim, in Africa, Eastern Europe and Russia are under siege from ASF. Implications for U.S. meat export are paramount; our markets will be affected. This article, however, addresses the disease itself and how it can threaten our own pork industry.

How did this mess begin?

The problem originally began in Africa where soft ticks inhabit the burrows of warthogs, perpetuating the virus as a primary vector. It is also endemic (commonly carried) in African bush hogs and, in Europe, giant forest hogs. These wild species never show symptoms and remain a constant source of infection for domesticated swine.

According to Wikipedia, porcine (swine) were initially domesticated in North Africa and Eurasia. They were ushered into Southern Africa by the Chinese 600 years ago, and more by the Portuguese 300 years later. Most went to Kenya, a country starving for meat after a rinderpest outbreak had decimated the cattle population. More swine arrived there from a country called Seychelles in 1904 and England in 1905. At that time, free-range pig farming was common, permitting domesticated swine contact with the native wart and bush hogs. African Swine Fever was first reported in Kenya in 1907 and has been with us since.

ASF was restricted to the Dark Continent until 1957 when it broke in Portugal. From there it spread like a malignancy worldwide. An underlying cause for the messy and irresponsible advancement of ASF is global transportation and the feeding of waste food scraps to domestic swine by hog farmers living near airports and shipyards.

The movement by sportsmen of wild boar from Eastern European countries to Belgium, to augment game hunting, triggered an outbreak in 2018. Four thousand domestic pigs were slaughtered as a result, and southeast Belgium, heavily forested, was declared off limits for recreation.

What is ASF? According to the Merck Veterinary Manual, it is a large, double-strand DNA virus. It is highly resistant to a wide pH range and freeze/thaw cycle. ASF will remain infectious for months at room temperature, and unprocessed pork will carry active virus for several weeks. The virus may be considered inactive when meat is cooked for 30 minutes at 158 degrees Fahrenheit.

ASF is highly contagious and hemorrhagic, meaning that swine will hemorrhage internally. Severe disruption of the blood clotting mechanism is responsible for organ damage as well as hyperemia, a condition that causes a swine’s ears, abdomen, tail and lower legs to turn a vivid, purplish red.

Other symptoms include abortion, loss of appetite, recumbency (down and unable to get up), respiratory distress, vomiting and bleeding from the nose and rectum. Mortality reaches nearly 100 percent in 5-7 days.

Many of our readership will recall hearing about a hog cholera (now called “swine fever”) epidemic early in the 20th century, decimating the U.S. hog population. Suffering through continual cholera outbreaks in the 1800s, a final U.S. epidemic took place in 1913. By this time, the scientific community had discovered microbes and moved our medical knowledge into the modern era. The result was identification of the hog cholera virus, containment and euthanization of 10 percent of our country’s hog population. Resulting carcasses were first burned, then buried.

Here’s the bottom line: ASF cannot be differentiated from hog cholera by either clinical or postmortem examination. Extensive lab work is necessary to determine which disease is present. I can only say you’ll understand the process if you have a PhD.

We are talking about some serious stuff

There is no treatment for ASF, and no vaccines are currently available. Any swine surviving infection becomes persistently infected, adding to the likelihood of spreading the disease. Preventative measures are the only means of steering clear of the pestilence.

Since direct animal contact is another sure-fire mode of transmission, farms in areas where wild boar live, especially Czechoslovakia, are constructing what they call “odor fences,” keeping wild boar away from hog farms with perimeter fencing to keep the wild game a safe distance away.

An interesting side note indicates that the ASF virus made its major appearance outside Africa at about the same time as the emergence of AIDS. Wikipedia reports that ASF was highly suspected of causing AIDS until the realization that it was brought about by the HIV virus.

Authorities warn that it is not a matter of if we contract ASF in our country, but when.

How this may come about is not difficult to envision. Contaminated meat has already been confiscated at an airport from a flight arriving from out of the US. The virus may be carried in on clothing, equipment or shoes; the hardiness of this microbe will contribute to the likelihood that it can happen. Above all, pork producers must engage in effective protocol, they are the last line of defense.

Beef cattle producers can take a grave lesson from the potential disaster facing our pork industry. We are not immune to similar circumstances. In the end, “critters are critters,” as one of my old veterinarian friends used to say, and they are all subject to disease of some sort. Our livestock are all part of the production of protein that feeds the world.