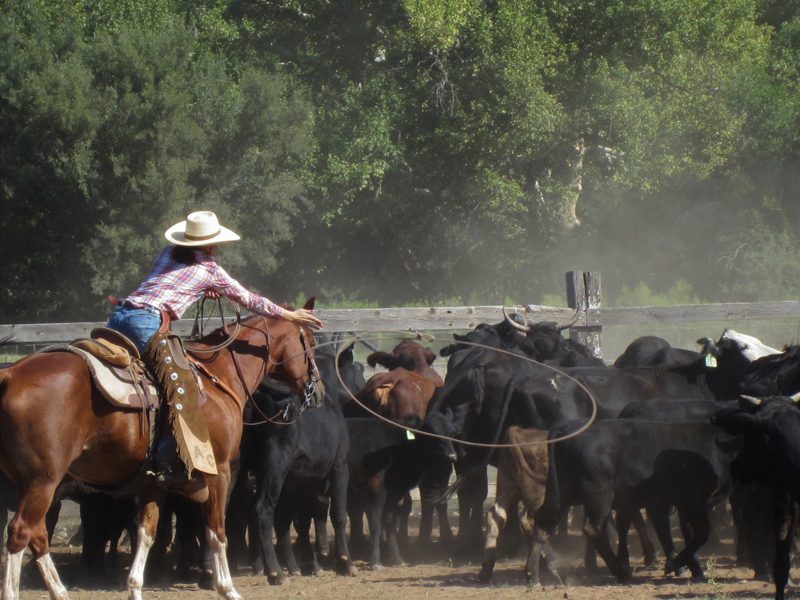 he ranch house was perched at the top of a very steep hill dotted with Palo Verde and mesquite, and the welcome was hearty, with the farm dogs letting residents Cindi LaBash and Randy Feagins know company had arrived. The view of the Arizona landscape from the patio of the adobe dwelling was of a rough terrain featuring deep canyons as well as rolling rangeland far to the west toward Tucson. An invitation for coffee and cranberry coffee cake turned out to be an unexpected adventure.

Along with an animated conversation about ranching in general with Mike Cooley, owner of Andrada Ranch/C-5 Cattle Co., and Cindi and Randy, we were treated to a view of the gallery of photographs Cindi has been producing through the years. As you can see from these pages, they are an exceptional testimonial to life on the ranch and these people’s lives.

In a separate interview later that week, I discovered a long and varied career path had led to the exceptional photo gallery. 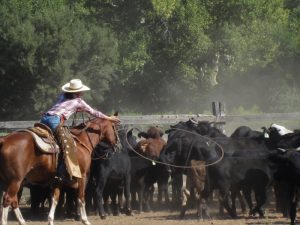 Cindi’s dad was a Thoroughbred racehorse trainer in New York, managing a 32-stall. Ending up with a Master’s in Education, Cindi became a middle grade schoolteacher back East. As she tells it, on a whim, she attended a Rocky Mountain Elk Foundation conference in Hershey, Pa., where she learned about the outfitting business and tried to hire on with one of them. She soon took a trip to Montana, where she learned that there were a lot of outfitters needing camp cooks. Cindi very quickly became a westerner.

Always ready for an adventure, she worked at an airfield where she took flying lessons and was the hostess of a group of DC3’s that reenacted flying in the old days, including the costumes and the jitterbug. Unfortunately, motion sickness interfered with her aeronautical aspirations and she landed on the ground, looking for a teaching position. About to accept a teaching job in Alaska, a chance meeting with Randy Feagins, an Arizona rancher, became a major life change.

Today, along with Randy, the ranch, horses, mules and grandkids, she carries her camera, recording a lifestyle she treasures. As you can see, she does it well.