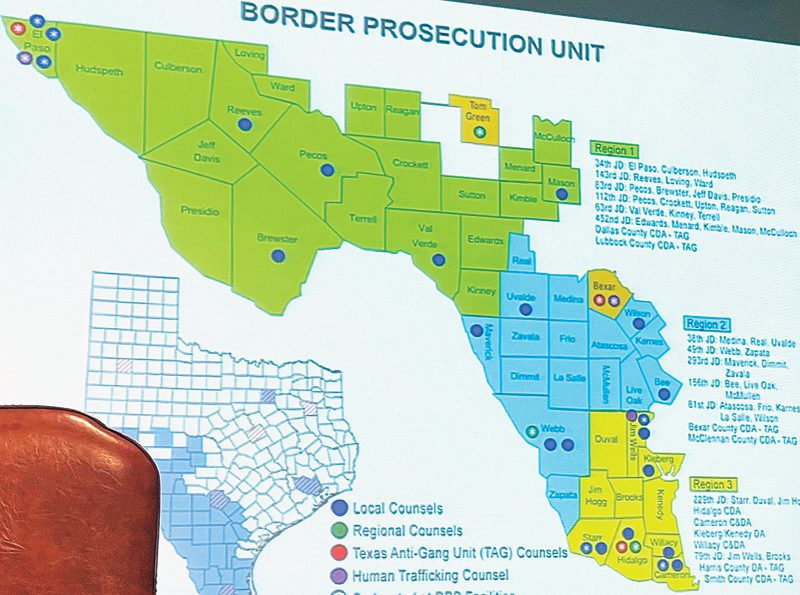 South Texas ranchers regularly see their fences, pastures and farms penetrated by undocumented migrants. Property is damaged and their lives are sometimes threatened. But according to law enforcement and former U.S. Border Patrol officials from the heart of the ever-escalating border crisis, there’s nearly nothing they can do about it.

Brad Coe, sheriff of Kinney County, Texas, which borders Mexico about 130 miles west of San Antonio, spoke to ranchers and farmers in Lubbock at an October forum hosted by the Texas and Southwestern Cattle Raisers Association (TSCRA). He emphasized that the border crisis has gone wild. Austin Skero, an investigator for the Border Prosecution Unit in Del Rio, Texas, joined Coe on the program. His accounts of the border crisis were cringeworthy. 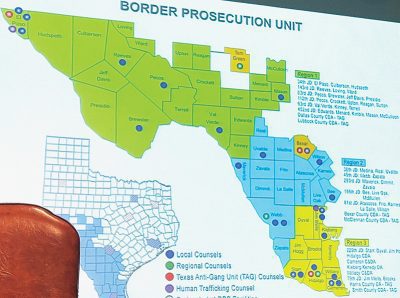 As anyone with a TV or smart device can attest, the disastrous scenes from the Texas-Mexico border have been horrific. While the majority of those who risk their lives to enter America are people in search of a better place to raise their families, many are also criminals involved in drugs, human trafficking and other heinous activities.

Some have surrendered their life savings to human trafficking networks. Many have had their lives threatened by unlawful cartels seeking markets for illicit drugs, sex slaves and other criminal intent. “It’s insanity,” Skero lamented.

Along with the humanitarian catastrophe, local Texas ranchers are seeing their properties damaged and their livelihoods threatened. Coe noted that ranchers in the region depend on both cattle production and hunting leases for income. High fences are needed, but they are often no match for desperate illegals or vans and trucks plowing through them.

“Aliens coming through no longer respect ranch property, “ Coe said. “They’re cutting fences. They cut from top to bottom on high fences. Or they cut 4-foot by 4-foot holes so they don’t have to climb over. That destroys the integrity of the fence. Once it is cut and ranchers try to patch it back together, it’s an accident waiting to happen with cattle and wildlife.”

Vehicles overcrowded with people often ram fences or gates. Coe said a Syrian carrying a gun and driving a van was stopped by the sheriff’s department.

“He has not spoken since being arrested,” Coe said, pointing out there is no way of knowing the intentions of the trespasser.

Ranchers know fence repairs can run $1,200 to $1,800 or more for 100 lineal feet, depending on materials. Damage from cutting or ramming through fences is not in a producer’s budget. Neither is labor for repairing or replacing other ranch property.

Coe noted he received a call from an angry rancher just before taking the stage to speak at the Lubbock forum. “He said a group came through his property during the night, pried open a solar panel box and burned it up trying to recharge a cell phone. Ranchers cannot afford such losses.”

To Tell the Truth

Before obtaining his Border Prosecution Unit inspector position, Skero retired in July as chief of the Border Patrol (BP) Del Rio sector. Pressure from federal officials to hold his tongue eventually forced him to end his 30-plus-year BP career.

“I retired because I was ready to move into a position where I could speak the truth,” he said, describing how BP agents are forbidden from speaking publicly on actual border conditions.

In September, the pressure cooker further exploded after some 17,000 Haitian refugees were brought to Mexico and points south following one humanitarian crisis after another. Coe and Skero emphasized that the Biden administration was drastically “unprepared” for the onslaught of refugees who camped beneath the Del Rio, Texas, bridges.

The unfortunate photo of a running refuge beside a BP agent on horseback with reins in his hand had some national media claiming the person was being whipped. Some Democrats in Congress and state offices raised hell.

“Agents were not whipping anyone,” Coe said. “[The Haitians] came across the river and surrendered to BP agents,” Skero said. “Up to 95 percent of them were processed.” Many refugees were flown back home. Others, along with other illegals, chanced entering the United States.

“Cartels are smart. They have a fantastic business model,” Skero said. “They take in about $25 million per week in the Del Rio area just moving people. That doesn’t count dope, any kind of guns or anything.

“They push folks through in small areas, which occupies all of the BP resources. On the outer flanks, they’re pushing criminal aliens, narcotics, all of those things across the border where we’re not located.

“This is a huge problem. We begged the federal government for assistance. We told DHS [Department of Homeland Security] the resources that we needed – and it was not delivered.

Vehicles that got through the border brigade often resulted in high-speed chases with limited highway patrol resources to corral them. Coe said he has asked Abbott for assistance from the Texas National Guard to bolster border security. But this has been slow to come, even though there were reports in early October of National Guard forces preparing for more migrant caravans headed to Texas.

Coe admitted he was getting antsy about measurable help from the National Guard. Skero noted that if the National Guard gets into place, the Biden administration could give his own orders as Commander and Chief and have them stand down.

“Sen. Ted Cruz recently visited the Del Rio area,” Skero added. “He told us the truth. He said, ‘You’re on your own. We’ve asked for help, but we’re being stonewalled by the Democrats in Congress.’”

Coe went so far as to say he believed billionaire leftist George Soros might be funding the refuges and other illegals   smothering the border. “Haitians we have detained all have new $100 bills,” Coe said. “We have over $300,000 in our vault from them – all $100 bills.”

Coe asked TSCRA officials for assistance in taming the border crisis. He was assured that Cattle Raisers would lobby state and federal legislators to help improve conditions.

“It’s not going to be controlled by brute force alone,” Skero stressed. “We need legislation and a system like that which was used successfully in the Trump administration [to manage the border crisis].

“The border was locked down under Trump. We need to get back to policies that worked.”

He and Coe contended that national security was at stake. Busloads of illegals and refugees are trucked to San Antonio and Houston for further processing, including medical testing for COVID-19. But while 2 million immigrants have been processed into the United States, Skero noted that BP cameras have recorded several hundred thousand who were not contained because of a lack of BP forces.

They may have unknowingly had COVID or any other disease; at the same time, COVID vaccine and mask mandates were being promoted nationwide. The uncounted may also be behind the smuggling of drugs, guns or children to be mercilessly sold into prostitution.

Meanwhile, as border tensions continue to boil, there are reports of cartel members in Mexico or even standing in the Rio Grande, waiving AK-47s at Texas National Guard soldiers. With the testimonies from Coe and Skero, it will require a lot more than new fence posts, wiring and labor to repair damage that threatens the country.

“If we don’t get this problem controlled now, the border will become just another interstate highway,” Coe said. “I’ve already filed suit against Joe Biden for failure to do his job. Somebody has to take a stand. If not us, who?”