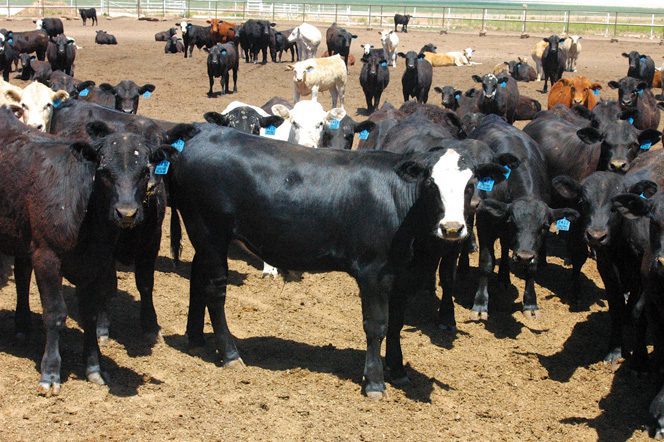 A Small Yard with Large Results

Sammy Brown learned a long time ago that in order to compete with large-capacity feedyards, he needed a system that enabled him to keep his pens filled and his banker happy. 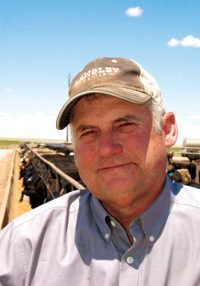 High-risk, lightweight, sale-barn cattle were the answer, along with the flexibility to sell them as feeders or finish them out, and a risk management plan that protects against market wrecks.

Brown Cattle Feeders is more remote than most yards. The 6,000-head facility is a Beef Quality Assurance yard through Texas Cattle Feeders Association. It’s located in the western Texas Panhandle, northwest of Friona and about six miles from the New Mexico border. Wide-open prairie surrounds it, with a few wheat fields thrown in.

“The feedyard has been here since 1988,” says Brown, who partners with cousins in several different operations. He manages the feedyard and a crew of five that help make it work. The partners visit several times a week to discuss the status of crops, and lately, whether a crop insurance adjuster will zero-out a sparse wheat field that lost the battle with eight months of no rain.

“We started out just farming and running stockers,” Brown says. “We built a few pens to supplement the program. As we progressed, we decided we could add a few more pens and feed out some of our own cattle if we didn’t like the feeder market. That provided some flexibility.”

Brown stretches that flexibility by feeding mostly three- to four-weight calves that are as “sale-barn” as they get. He depends on cattle buyer Clint Langley to procure cattle that fit his program from numerous auctions in Texas, Oklahoma and other states.

“We normally buy high-risk calves,” he says. “Clint knows what we prefer and is able to put together loads. He turns them out into grass traps and gives them access to hay and water before shipping.”

Still, the high-risk calves can be a big challenge, especially in the fall. Keeping them healthy can be a major chore. “When they arrive, we make sure they have access to good hay and fresh water,” Brown says. “Even though Clint feeds and waters them, they’re often dehydrated after facing stress at the sale barn and being hauled several hundred miles.”

Since they’re lightweights, most haven’t been vaccinated or treated for other potential health problems. That doesn’t bother Brown. “I like to vaccinate them here so I know what treatments they’ve had,” says Brown, who works closely with Dr. Dale Schueler at Parmer County Veterinary Clinic to address his cattle health needs. “I use Inforce™ 3 intranasal and Bovi-Shield Gold® IBR-BVD up front to protect against IBR and other respiratory diseases, followed by Bovi-Shield Gold® 5 at re-vaccination.

“Calves also receive a Draxxin® antibiotic treatment and Endovac-Beef® with Immune Plus® to help boost their immune system. I delay giving them a seven-way until it’s re-vac time. A white wormer is also used to manage parasites, along with a pour-on for grubs, lice and flies. I like the pour-on because it’s one less needle the cattle face.”

The straightening-out process is enhanced by a ration geared toward getting calves to the bunk and keeping them there. Brown counts on his nutritionist, Liz Domby with Cargill in Amarillo, to help manage the rations. Dry-rolled corn is the primary feed, along with Sweet Bran®, distiller’s grains, alfalfa and other high-quality forage such as sorghum-sudangrass or red top cane. Cotton burrs are added for roughage.

“We like to include Sweet Bran in our ration,” Brown says. “Sweet Bran with a vitamin package helps straighten out calves and adds to the finishing process down the road. Also, our Micro Machine adds flexibility to our rations for all the different classes of cattle that we feed.

“We used to put up silage but found that distiller’s grains and Sweet Bran could compete with silage in mixing a productive ration. With our remote location, these supplements are priced competitive with silage. Plus, I don’t have to store them for long periods of time.”

Brown never rests on his laurels after a set of calves face few health problems. “Don’t ever think you’re good at straightening out calves,” he says, “because the next load will make you look stupid. That’s the risk in high risk cattle.”

Getting them sold at the right weight and right time can be another humbling experience. That’s where Brown’s ability to market calves as feeders or finish them out can help.

Managing the markets involves a lot of hedging, which can be just as stressful as wondering if a load of stressed-out calves will make it through the winter. “I have about 20 different sets of cattle that are hedged in separate programs,” Brown points out. “For example, when I bought some cattle out of eastern Oklahoma in early May, I hedged them before they were put on the truck.”

He used October 2018 Feeder Cattle futures to set a floor. He hedged them at about $150/cwt. “There’s no guarantee I’ll keep that contract as it is,” he says. “If I decide to sell them as feeders, I have price protection. But if there’s an opportunity to feed them out for additional profit, I can roll that hedge using straight futures or an options strategy to capture it.”

Brown uses an outside commodity broker and consultant to handle the hedges and keep contracts in order. “I need the flexibility in marketing to keep our overall program in place,” he says. “That really helps in dealing with your banker.”

While buying and placing lightweight calves is his primary feeding program, Brown also backgrounds a few calves for others. “We do some preconditioning for some customers,” he says. “We will also partner with some ranchers on backgrounding or feeding their cattle. If it’s dry like it has been for months, they can leave their calves here in a grow program.”

That dry weather can actually benefit an operator like Brown. “We really need the rain,” he says, “but while the drought is really bad on farmers, it can help us keep our pens full. Some cattle that should be turned out on wheat pasture or grass go the feedyard.

“We turn out a lot of cattle ourselves when we have the grass. But when we don’t have the pasture for them, I’m glad to sell the feed through them, no matter who owns them. This is a business of getting the most out of your cattle through one market or another.”

And it’s finding a way to keep up with the big boys.