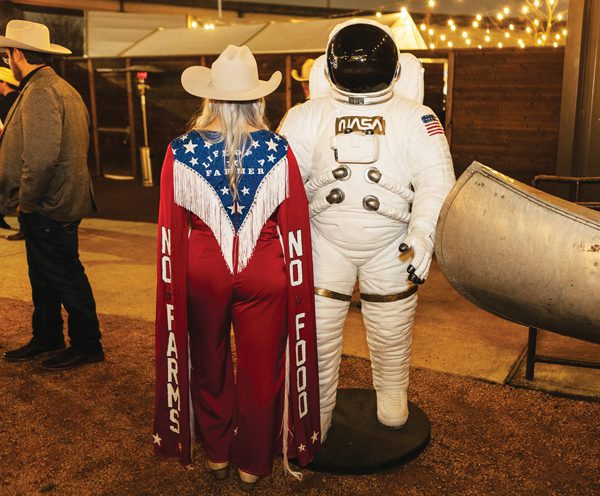 A Whole Herd of Policies Discussed

It was only six months after the pandemic-delayed 2021 convention in Nashville. As in Music City, H-Town saw numerous committees and general sessions contemplate policies that will impact cow-calf and stocker producers, cattle feeders and satellite industries that depend on cattle production for their livelihood. 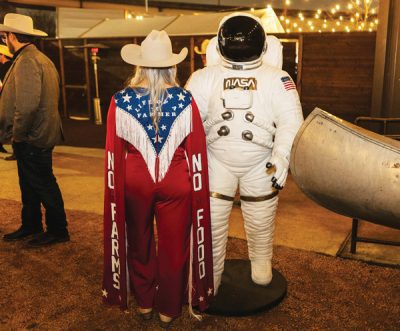 Vilsack spoke by video link during a general session. He addressed provisions by the Biden administration to help producers counter the effects of drought and roadblocks that hamper marketing. “We have two main goals: First, we want to create more new and better markets, and second, to develop local and regional food systems to make our system more resilient,” Vilsack said.

“We have to expand meat and poultry processing capacity to make sure the markets we have are as competitive as they’re meant to be. We want to make sure the supply chain catches up to demand and that we keep American agriculture on the move.”

(On Feb. 28, USDA provided $215 million in grants and resources to strengthen the meat and poultry processing sector and create a more resilient food supply chain, part of $1 billion in federal investments to bolster handling capacity).

“We hope to see more farmer co-ops so producers can gain from processing and marketing,” he said. “We also encourage more price discovery [for producers] to be more confident in cash markets. We want to make sure producers don’t have just one place to go.” (See separate story this issue on NCBA’s Live Cattle Marketing Committee action on page 30.)

Drought continues to dry out the Southwest, as northern production areas hope late winter snows will end devastating dry conditions in that region. Vilsack said USDA’s Livestock Forage Disaster Program is available to deliver producers assistance to help compensate for losses caused by drought, wildfire and other storms during 2020 and 2021. He also promoted a new USDA app, farmerfairness.gov.

Return of WOTUS Could Spell Trouble for Stock Ponds

Ethan Lane, NCBA vice president of governmental affairs, said up to now NCBA has worked well with the Biden administration. But the administration’s efforts to revise regulations that would cross the line on ranch and other private property water management could drown that relationship.

“Without these critical exclusions, common features like stock ponds, agricultural ditches and drainage systems can fall under federal jurisdiction, preventing cattle producers from actively managing their land and caring for their cattle,” Yager wrote.

Other issues addressed in Houston included:

Don Schiefelbein, Minnesota seedstock breeder and cattle feeder, was elected new NCBA president during the convention. He replaces Jerry Bohn of Kansas, who will serve as past president. He and his family operate Schiefelbein Farms, a diversified farming operation in Kimball, Minn. “I’m very fortunate to have been involved in the cattle industry through several different avenues and have seen the positive results when people come together,” Schiefelbein said. “As NCBA’s incoming president, I will continue bringing people together for the benefit of the industry.”

The complete 2022 NCBA officer team approved by the NCBA Board of Directors includes Todd Wilkinson of South Dakota, president-elect, and Mark Eisele of Wyoming, vice president. Nebraska rancher Buck Wehrbein was elected chair of the NCBA Policy Division, and stocker/backgrounder Gene Copenhaver of Virginia was elected policy vice chair. Brad Hastings of Texas and Clark Price of North Dakota were elected as chair and vice chair of the NCBA Federation Division.

The officers and board adopted these policy priorities: improved market leverage and opportunities through increased access to market data and risk management tools for producers; securing the future of the beef industry by protecting crucial tax provisions, limiting regulatory burdens on farms and ranches and leveling the playing field for producers; boosting the resiliency of the beef supply chain by addressing labor shortages, improving processing capacity, expanding technology and strengthening transportation; and achieving key cattle industry priorities in the 2023 Farm Bill.

“With the challenging year cattle producers have faced, NCBA is focused on strengthening our industry for the future,” Schiefelbein said. “By highlighting economic, environmental and social sustainability, we are addressing the long-term needs of the cattle industry and advancing policies that will contribute to business success, economic growth and respect for our way of life.”

He said NCBA would continue to focus on protecting cattle producers from government overreach and burdensome tax and regulatory burdens.

Popular Sirius XM country DJ Buzz Brainard once again emceed the convention. One of his interviews was with Joe Theismann, former NFL MVP, who discussed ways to overcome obstacles and succeed. Also interviewed was a former world heavyweight champion whose name is on some 145 million George Foreman Grills that sizzle beef around the world.

Foreman mentioned how boxing got him off the streets. He had blow-by-blow accounts of his championship fights with Joe Frazier and Mohammad Ali, and discussed how the idea for a portable grill grew into the George Foreman Grill trademark.

His knockout-punch comment drew a roar from the crowd – “There’s nuthin’ better than a bone-in ribeye grilled.”

PrevPreviousHow Do We Handle the Next Black Swan?
NextImport and Delivery of Food Severely Challenged by Shanghai’s COVID LockdownsNext