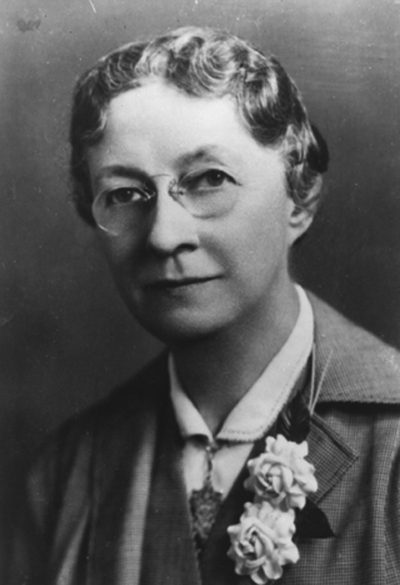 Can you imagine a world without refrigeration? My guess is, we would all be hungry or sick. Yet how many of us know about the lady who is responsible for the advancement of food preservation? The first half of the 20th century was a game-changing time, and Mary Engle Pennington’s story is remarkable in its professional content; it’s unbelievable in her personal journey.

Driven from the Start

Born in 1872 in Nashville, Tenn., Pennington’s parents moved to Philadelphia with Mary and her younger sister to be close to her mother’s family. They were devoted Quakers and well off.

Pennington’s parents were successful, having established a business in label manufacturing. They lived in a three-story brick house located near the University of Pennsylvania. The couple was supportive of the girls’ interests and encouraged them to learn and grow. 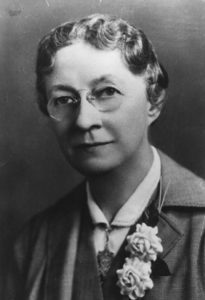 Pennington had an insatiable appetite for reading; as a youngster, she frequented the public library. When she was 12 years old, she ran across a book on medical chemistry. It tripped a hammer that would set off a lifetime of learning, research and patent approvals.

According to U.S. Food and Drug Administration (FDA) history, the young Pennington took her book to the University of Pennsylvania and “demanded that a professor there explain to her what she had read.” The professor advised her to go home and “come back when she was could read and write,” he would be glad to explain things later.

Pennington’s next step was to accost the headmistress at her all-girl boarding school, demanding that she receive instruction in chemistry. The headmistress turned her back; science was considered an “inappropriate and unladylike pursuit.”

According to PaperAdepts Biography website, Pennington graduated boarding school in 1890. She went straight back to the University of Pennsylvania, and headed for the dean’s office. She wanted to be admitted to the school of science. The 18-year-old impressed the dean so greatly that he agreed to let her enroll. Pennington studied chemistry, biology and hygiene.

Two years later, she had completed all requirements for a bachelor’s degree, but the university’s board of directors denied her a diploma; they disapproved of a woman’s presence at the university. Instead, she was given a certificate of proficiency in biology.

Pennington entered the University of Pennsylvania as a doctoral student in the electrochemical school. She received her Ph.D. in 1895.

Further post-graduate studies included chemical botany and a one-year fellowship at Yale University. There she took up physiological chemistry, studying the effect colored light had on plant growth.

From 1898 to 1904, Pennington taught at Women’s Medical College in Philadelphia. She also opened her own business with a colleague, the Philadelphia Clinical Laboratory. There, according to PaperAdepts, she gained a favorable reputation, doing bacteriological and chemical analyses on a commercial basis.

The early 1900s ushered in a new era in food safety issues in the U.S. Urbanization was quickly settling in as the industrial revolution drew large numbers of people into cities.

Previous generations had lived in a more rural setting with families subsisting on garden produce and raising a little meat on the side. This time was coming to an end.

Not only were people living cheek-to-jowl in cityscapes, but food was being transported into town from longer and longer distances. The first food to require attention was milk.

Pennington’s small staff focused on all phases of milk production. She established basic standards for the dairy industry that were eventually adopted throughout the U.S.

There was a particular problem with unsanitary conditions among ice cream vendors in Philadelphia, causing children to become sick. Pennington had excellent “people skills,” persuading the vendors to look at microscopic slides of their contaminated ice cream. She was able to convince them to clean their pots and utensils by boiling them, eventually cleaning up the adulterated ice cream problem city-wide.

The conundrum of safe food storage, or a lack thereof, was exacerbated by reluctance of the general public to accept refrigeration. Spoiled foods caused hundreds of deaths and thousands to become sick. The public complained of the taste and quality of preserved foods. This road was slow-going among a suspicious population.

By 1906, the U.S. Government passed the Pure Food and Drug Act. There were, however, no scientific standards set as to determine what was “pure,” so the law was unenforceable.

Enter Dr. Harvey Wiley, Pennington family friend and chief of the U.S. Department of Agriculture’s Bureau of Chemistry. He had already enlisted Pennington’s help in researching refrigeration of perishable foods. Now, he found her to be the perfect person to head up the new U.S. Food Research Laboratory. Pennington herself doubted a woman would ever be awarded a position of chief of the Food Research Lab. Wiley, however, convinced her to take the Civil Service exam required for the position. Wiley submitted her test under the name M.E. Pennington, functionally disguising his friend’s gender. Pennington marked the highest score of all applicants and was offered the job. The offer was later revoked when the Civil Service discovered they had hired a woman. Wiley stepped in on behalf of Pennington and successfully convinced the government agency to accept her application, despite her gender.

Getting Down to Business

Eggs were becoming a bad problem, particularly those broken and sold as liquid to bakers and confectioners. Unsanitary conditions all along the production line led to high bacterial counts in product.

Pennington again went to the source of the eggs and followed them all the way to the store. She improved sanitary conditions all along the supply route and developed the modern egg crate to protect them from contamination-inducing cracks. Once again, her abilities of personal persuasion won over hard-core men all along the production line.

World War I created a need to transport safe food to troops over great distances. This ushered in the use of refrigerated railroad cars. Pennington herself did not invent the cars, but the units were so large, complex and unwieldly that they presented a multitude of problems. Food became either dried-out or moldy due to faulty air flow, fluctuation in humidity and failed insulation. Of 40,000 refrigerated train cars used by the U.S. Government, Pennington found 3,000 that were functional. Her efforts in improving refrigerated rail cars earned her a Notable Service Medal in 1919 for her contribution to the war effort.

Pennington moved to New York in 1919 to research insulation for the American Balsa Company. She opened a consulting business for food storage and shipping companies and developed improvements for commercial and home refrigeration systems.

She never married and was a lifelong member of the Quaker religion. She died of a heart attack in 1952 and was inducted into the National Women’s Hall of Fame in 2002.