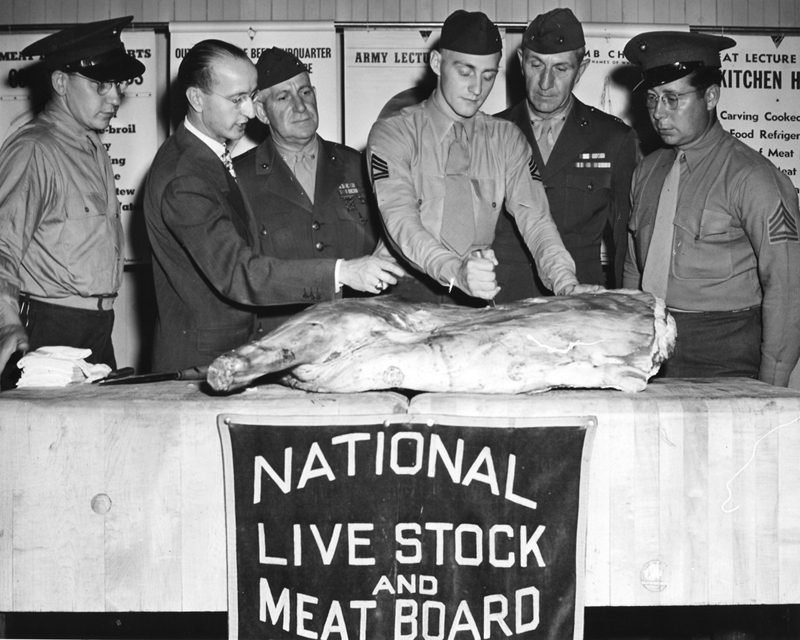 Foundation of Checkoffs Started a Century Ago

Ag commodity checkoff programs throughout the country owe their existence to an organization that had its start a century ago this year. The National Live Stock and Meat Board was created in 1922 as an industry self-help program to support meat in the diet and was the industry’s leading research, education and promotion arm for most of the 20th century. 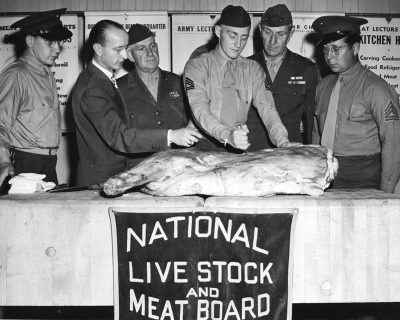 The voluntary program that began in March 1922 called for deductions from producers of 5 cents per carload on cattle, hogs and lambs, with packers contributing matching amounts. During the first year, $70,000 was collected. The rate was doubled in 1931 and soon moved to a penny per head for cattle, one-third cent for calves and hogs, and one-fifth cent for sheep and lambs.

In essence, the Meat Board was a coalition of livestock and meat organizations that stretched from producer to retailer. They provided representatives to the Meat Board, whose directors established the direction for programs to help set the record straight on meat’s value to human health and prosperity.

Early on, the Meat Board had some impressive successes. For instance, in its first couple of years, the organization participated in “Meat Trains” and “Housewives Meat Schools,” run and held throughout the country to reach thousands of consumers with information about meat, with the initial slogan “Meat for Health.” Literature was distributed across the United States to schools and consumers to assure that accurate information about beef, pork and lamb was available.

Checkoff funds were also used in the 1930s to support a study by Dr. G.H. Whipple, whose research on the use of beef liver in fighting anemia earned him the Nobel Prize. (That investment alone added enough value to beef liver over the years to offset the Meat Board’s budgets through its entire history.)

The Meat Board was enlisted during World War II to provide U.S. Army and Navy cooking schools with information about all meats and to teach consumers how to get by with less during the war effort. During the early 1950s, producers of the different meats began working to develop programs that would create more species-specific promotions and address cratering livestock prices. (Cattle prices dropped by half from 1951 to 1952.) States were getting more active in checkoffs and promotion at this time, and by 1956, 20 states had developed their own beef councils.

For example, in 1973 the Meat Board got the ball rolling on the Uniform Retail Meat Identity Standards (URMIS), which helped reduce confusion on the varying names of meat cuts across the country. (The 315 cuts of meat carried about 1,000 names.) Soon, most of the country’s big retail chains had adopted the program, with more than 15,000 copies of the URMIS manual ordered by people in the meat trade.

It was the end of an era, but not the end of the story. The Meat Board laid a foundation for how producers could get involved in their own destiny and created some memorable and effective programs that would both educate and excite consumers down through the decades.

Meat Board staff and leaders are investigating the possibility of a Meat Board Reunion to be held in Chicago either this year or next. If you would like more information about this potential event, please contact Walt Barnhart at carnivorecomm@msn.com or Mark Thomas at sltmwt@gmail.com.