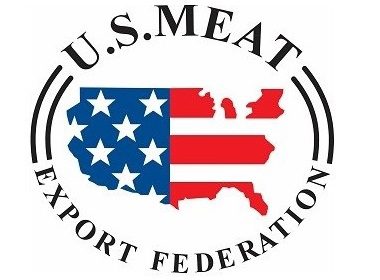 October exports of U.S. pork were the largest in more than a year and beef export volume also increased from a year ago, according to data released by USDA and compiled by the U.S. Meat Export Federation (USMEF). U.S. beef exports are on a record pace in 2022 and have already exceeded $10 billion.

Pork exports reached 238,198 metric tons (mt) in October, up 5% from a year ago and the largest since June 2021. Pork export value increased 13% to $697.3 million, the highest since May 2021. October export highlights included a new value record for Mexico ($203.1 million) and strong growth to South Korea, the ASEAN and the Dominican Republic. Exports were also higher year-over-year to China/Hong Kong.

USMEF President and CEO Dan Halstrom noted that the October pork results were bolstered by outstanding growth in variety meat exports, which set a new value record at $126.2 million. Export volume was the second largest on record at more than 55,000 mt.

“The recent rebound in pork variety meat exports is tremendous news for the U.S. industry on a few different fronts,” Halstrom said. “While exports to China have regained momentum, our ongoing efforts to diversify destinations for pork variety meats are definitely paying dividends. Larger shipments also reflect an improved labor situation at the plant level, which has helped increase the capture rate for variety meat items.”

October beef exports totaled 125,466 mt, up 8% from a year ago. Export value was $929.8 million, down 3% from the large total reported in October 2021. China/Hong Kong was the leading destination for U.S. beef in October, with export value topping $240 million. Export volume to Japan was steady with last year and shipments increased to South Korea, but export value to both markets was negatively impacted by slumping currencies. October beef exports achieved strong growth to the ASEAN, Middle East and Canada.

“The October results were remarkable considering the headwinds facing U.S. beef, especially in our large Asian markets,” Halstrom said. “Key currencies such as the Japanese yen and Korean won had sunk to their lowest levels in decades versus the U.S. dollar, which obviously affected importers’ buying power. COVID lockdowns in China were also a concerning factor, especially for buyers in the food service sector. But despite all that, U.S. beef still performed very well in Asia and achieved solid growth in North America and the Middle East. With some recent improvement in exchange rates, beef exports are well-positioned to surpass last year’s records.”

Exports of U.S. lamb muscle cuts edged higher year-over-year in October to 202 mt, up 18%. Export value totaled $1.26 million, also up 18%. Through October, lamb muscle cut exports increased 67% to 1,878 mt, valued at $11.11 million (up 60%). This growth has been driven mainly by the Caribbean, but October exports were bolstered by larger shipments to Canada and Taiwan.