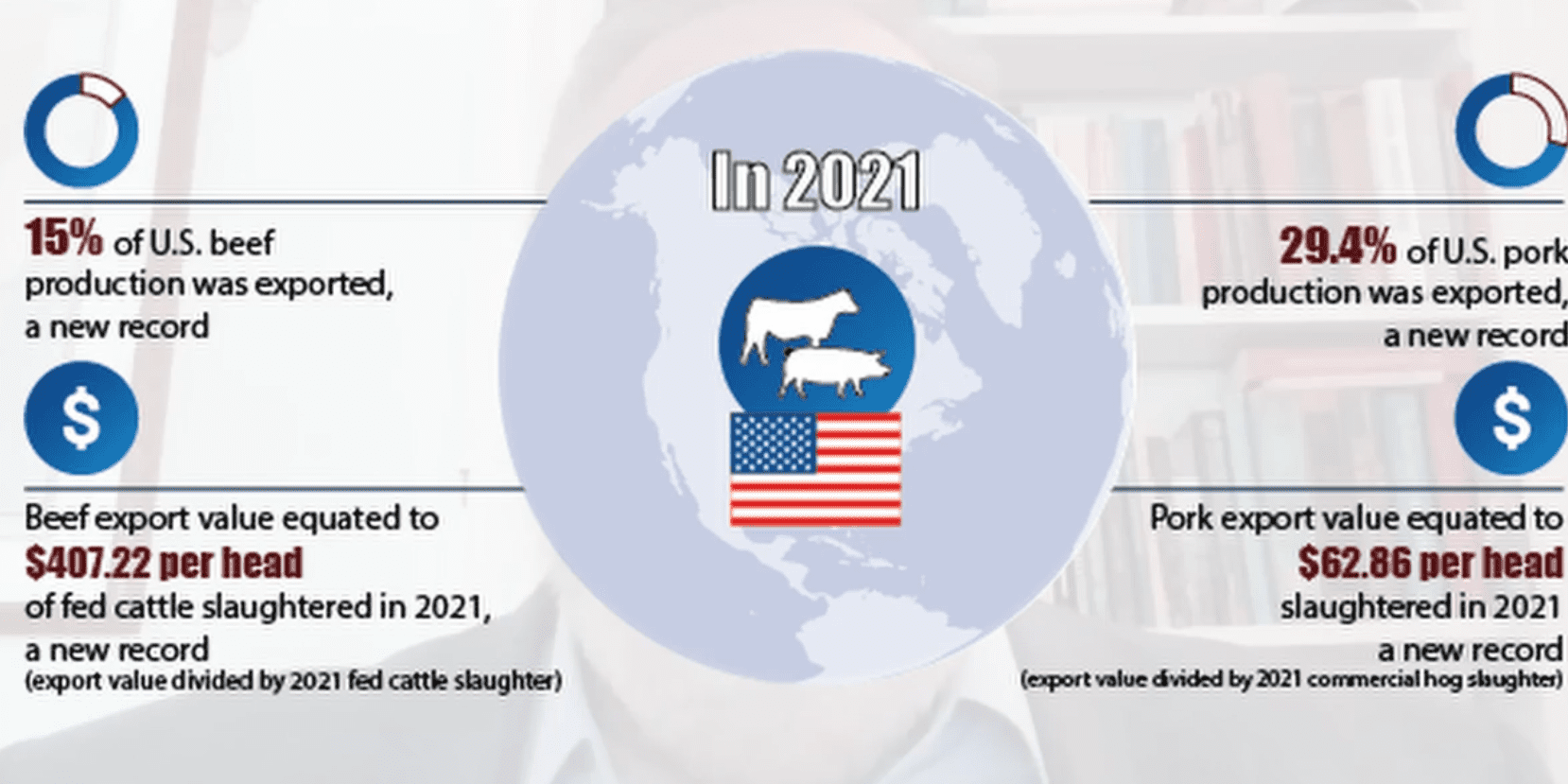 “The study validates the red meat industry’s collaborative approach to export market development,” says U.S. Meat Export Federation (USMEF) Chair-elect Dean Meyer, who produces corn, soybeans, cattle and hogs near Rock Rapids, Iowa. “Beef and pork exports drive value directly back to my farm and this study helps confirm the return on this investment for all corn and soybean producers.”

Corn and soybean growers support the international promotion of U.S. pork, beef and lamb by investing a portion of their checkoff dollars in market development efforts conducted by USMEF.

Key findings from the Juday Group study, which utilized 2021 export data, include:

“The industry-wide collaboration to promote value-added U.S. red meat in international markets works to the benefit of the entire red meat industry,” says Mark Legan, a hog farmer from Coatesville, Ind., who serves on the USMEF Executive Committee. “Red meat export growth results in greater demand for feed inputs and added value at every step of the supply chain. This study demonstrates the significance of global trade to the bottom line of American farmers and ranchers.”

Handouts detailing the impact of red meat exports at the national level and on the leading corn-producing and soybean-producing states are available from the USMEF website.

overview video features an explanation of the impact numbers with Dave Juday of The Juday Group.

Clean clips of Juday without b-roll or supers are available below:

Juday 1: Juday outlines the per-bushel value impact of red meat exports on both corn and soybeans.

Juday 2: Juday looks at the specific price impacts on corn.

Juday 3: Juday looks at the specific price impacts on soybeans.

Juday 4: Beef and pork exports are growing as a percentage of U.S. production and that is impacting the value of corn and soybeans.