Harvey Dietrich: A Man To Be Remembered 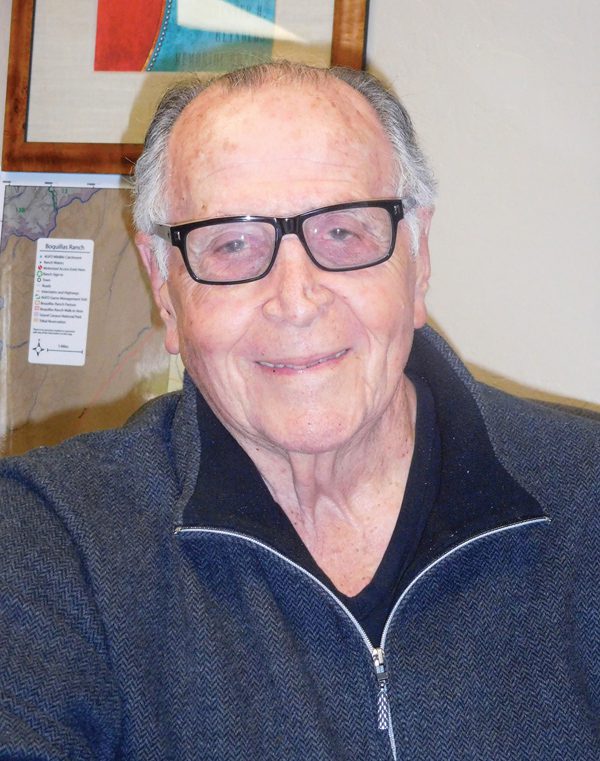 Years ago, I was interviewing a young cowboy out in the vet shack about the cattle industry. It was about the time that Kenny Monfort died. The young man was worried about the industry and where it was headed. I told him that we still had a lot of smart, productive managers in the business. His reply was, “but will they be characters?”

The answer was yes, and everyone who ever met Harvey Dietrich would vote yes to that. Featured on the cover of the April 1995 CALF News, Dietrich is shown in three pictures. He wears his white coat and yellow hat at Sunland Beef, his Stetson at one of the largest ranches in the area and his family face for the normal proud grandfather persona. 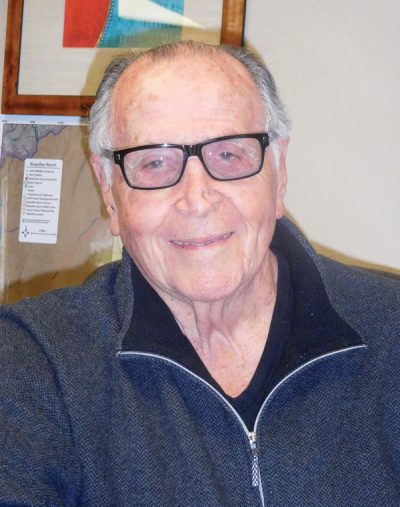 Truly a man before his time, that interview profiled a visionary in both producing the best beef product possible but also a mantra on people management in a volatile and much maligned packinghouse business.

Starting in the industry at the age of 15, Dietrich worked as a cattle buyer for a number of years before starting Sun Land Beef west of Phoenix, Ariz. Located at an old Swift plant, the 1,600-a-day processing plant was opened in 1982.

“Believing strongly in strategic alliances and value-based marketing has helped Dietrich develop some unusual programs at Sun Land Beef,” the 1995 article said. “Being willing to step in and work on forming alliances on both sides of his operation has enabled Dietrich to promote relationships with producers and feeders on one side of the equation and retailers on the other “

That was quite forward looking at the time but allowed Dietrich to put together a highly successful operation in the middle of the desert.

Programs included the Holstein program for cattle fed in California, processed at Sun Land and sold in the Ralphs California grocery stores. More than half of Sun Land’s daily kill went to Ralphs. The beef was guaranteed to be from Holsteins fed exclusively in California feedyards. In other projects, they encouraged cattlemen not to brand their cattle to produce superior hides and used vitamin E to enhance shelf life.

Some of the top processors in the business in those days believed that, eventually, most beef would leave the plant cooked and ready to eat, but Dietrich went a unique way. He wanted to find retailers interest in having his plant deliver products that were fabricated into smaller and more varied cuts, saving time in the back room at the retail store. Looking at today’s products and lack of butchers at the retail level, that certainly came true.

“I feel that there is an opportunity to develop new cuts that offer more selection and put them in a small box,” Dietrich said. “That is a value that we can add if the retailer is willing to pay for it.”

Along with how to manage and produce the right beef for the market, Dietrich had extraordinarily strong feelings about how to manage the 700 people who worked for him. Dedicated to a management philosophy that required respect for the human being, he insisted that the staff at Sun Land Beef serve the whole person.

“The company was particularly aggressive in assuring the worker of his right to speak out on issues of concern without any retribution from management or fellow workers. Workers were encouraged to take classes since a high percentage had only a fifth-grade education and were taught in Spanish, English and Arabic. One aggressive program, the return-to-work program where injured workers could switch to modified jobs while recovering, showed the employee he was a valued person to the company. The employee was paid the same wage and cross-trained, providing job security. Prenatal classes were also offered to expectant mothers, teaching nutrition, family living and even family planning. Respect for the human being.

“Strong businesses are built on strong relationships” was Dietrich’s motto. A good one for everyone.

Next Issue: Dietrich the Rancher

PrevPreviousQuiet, Boring Canadians Revolt Against Federal Government
NextWhat’s Next On the Front Burner?Next