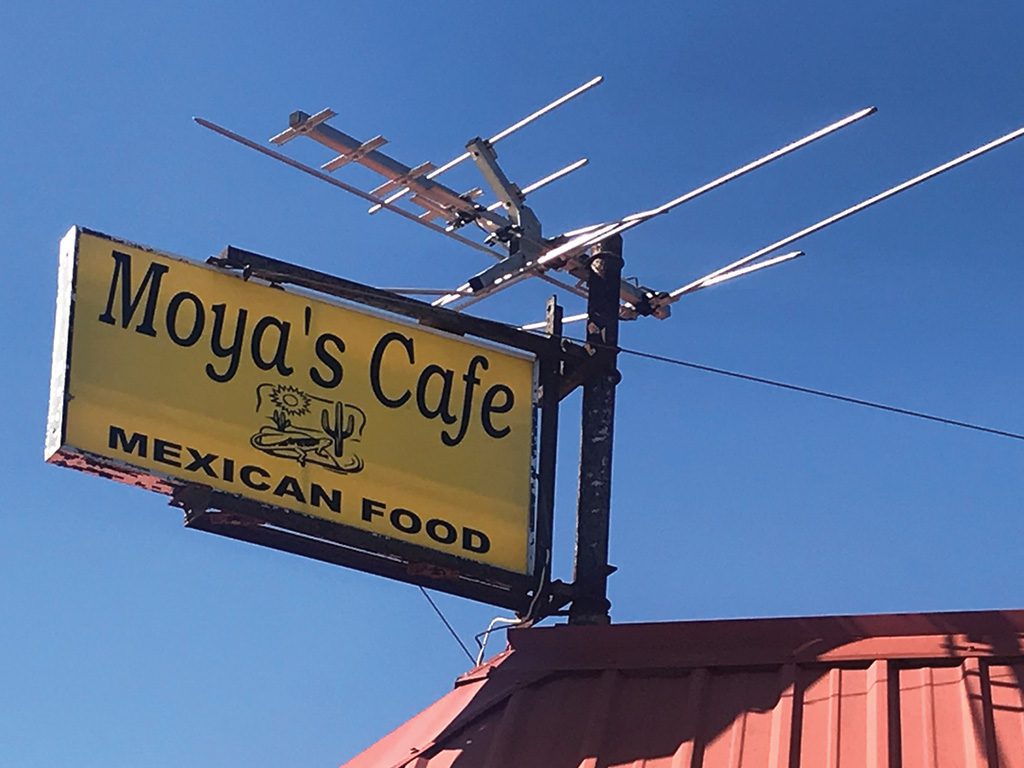 Every town has a place that embodies the spirit of the community. Since 1938, Moya’s Cafe has been that place in Refugio, Texas. Situated between Corpus Christi and Victoria along Highway 77, Refugio is home to 2,900 people. Tucked away in a neighborhood two blocks off the main road is Moya’s Cafe, one of the oldest and most historic treasures in town. 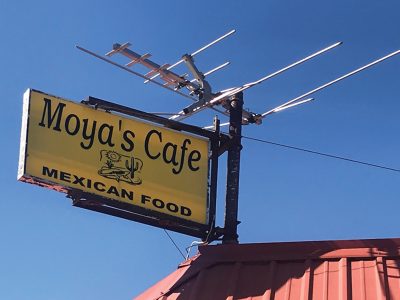 Walk into Moya’s on any given day and you will dine among generations of cattlemen, oilmen, football players and fans who can share many a story or two about Refugio, Moya’s, and life in this classic South Texas town.

Refugio’s history dates back to the early 1830s; however, the town’s population has ebbed and flowed as battles were fought and territories were established. The town was almost completely abandoned twice during the 1800s. Ranchers drilling water wells accidentally discovered oil in the area in the 1920s, which changed the course of history for the town and the fortunes for landowners in the area.

The town has had its share of tough times, and ups and downs, most recently in August 2017 when Hurricane Harvey landed as a Category 3 storm just 10 miles from Refugio. Many Refugio residents returned to damaged homes, businesses (including Moya’s, which was closed for almost a month) and schools. Three months after the horrific storm, Refugio is once again rebuilding for the future.

Moya’s has been in the same location since it opened in 1938. The original owner was Josephine Moya. Moya’s Cafe has remained family-owned and operated ever since. Moya’s daughter, Del Moya Hobbs, took over for her mother many years ago and recently handed the reins over to her daughter Lisa Kennedy and son Tommy Hobbs. Kennedy’s daughter, Riley Lansford, also works at the restaurant.

Moya’s started out as a grocery store and then became a tavern. Hobbs tells stories of raucous crowds – workers from local ranches and oil fields – and the occasional brawls that took place years ago. The sheriff and the Texas Rangers were regulars, sometimes as customers, other times to settle things down.

A dining area was later added, and Moya’s became known more for its food than its lively atmosphere. The bar was eventually phased out, and Moya’s has been selling its signature enchiladas, salsa and guacamole salad ever since.

Moya’s has added a delicious mesquite-smoked steak special on Saturday nights. The Deluxe Mexican Dinner is always on the menu, and seems to end up on the table more often than not.

Moya’s has been host to countless family dinners, reunions and traditions over the years. High school football reigns in Texas, and any Refugio resident is more than happy to tell you about the celebrated Refugio High Bobcat football team, winners of four state football championships. Moya’s has been a longtime supporter of the team, as evidenced by the photos and memorabilia in the restaurant, and is as much a part of the fabric of the town as their beloved Bobcats. Players and coaches from years past share stories and reconnect with friends and fans at Moya’s.

Moya’s is a cozy, local place where generations have served generations of customers, many who come back week after week, year after year.

Like Refugio, Moya’s Cafe has had its share of challenges. Approximately four years ago Hobbs’ son fell ill and she had to make a difficult decision – she closed down Moya’s Cafe in order to accompany her son to Houston for his treatment. To the dismay of many Refugio locals and visitors, the longtime gathering spot and local tradition was gone.

After a four-year hiatus, Moya’s reopened in March 2017 to the delight of many. Kennedy and Lansford own and run the day-to-day operations. Hobbs’ legacy remains – her home is a short walk to the restaurant – with a new generation at work keeping the tried-and-true family recipes and traditions alive.

Moya’s menu has proudly declared that it is the place “where friends meet.” Based on the fact the place is full most of the time, it is safe to say that Moya’s has a lot of friends.

PrevPreviousCattle and Beef Marketing the Canadian Way – It’s Not Easy Being a Modest Guy
NextWhitt & Wisdom, Feb/March 2018Next