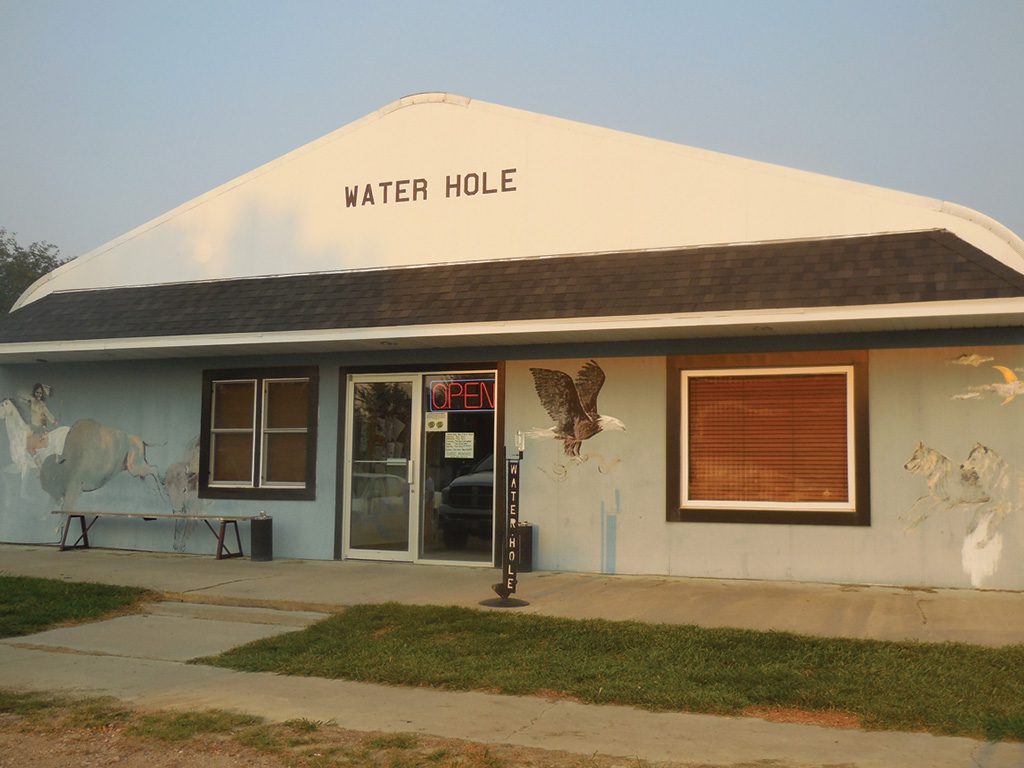 Nebraska is full of little towns. Little towns have little bars and holes-in-the-wall that seemingly open and close as often as the seasons pass. This circumstance creates a serious dilemma for local farmers, ranchers and an ag-related workforce, 90 percent of whose wives work in town. They’re hungry and they won’t settle for peanut butter.

That’s why the community of Hazard, population 66, was grateful and relieved when, in April 2017, a pair of sisters opened up the Water Hole in the tiny hamlet. The building, sitting empty for eight years as a landmark and reminder of more hopeful times, became available. Some encouragement from local farmer Tony Nilsen prompted Deb Partridge and Shelly Earhart to inquire about renting the site. 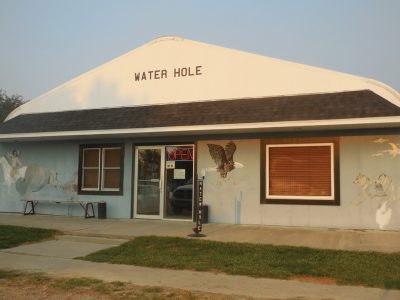 Partridge relates that the time and conditions were just right; they wanted to be self-employed, and the place could be rented and came with a fully equipped kitchen, dinner-ware included. The sisters made their move. Extensive cleaning, some new TVs, chairs, tables and a general spiffing up has made the place as comfortable as your own living room.

The equal-partner duo fills different functions at their new establishment. Partridge is the head cook and Earhart works the floor and bar; each is comfortable with the role they’ve taken on. Individually, they had both owned and cooked at a number of area restaurants throughout the years, bringing two lifetimes of experience to the voracious eaters of Hazard.

The community’s first reaction to the opening of the Water Hole was, “Thank God,” followed by the observations that “the food is great” and “the portions are huge.” Three television sets are on, but not intrusive – one is usually running an episode of Gunsmoke. There’s a play area with toys for the little shavers and a pool table for restless young men.

Partridge maintains her secret to success is staying basic in all meal plans and serving homemade dishes. Virtually nothing at the Water Hole comes out of a box. Occasionally, a customer will suggest a new dish; it often turns up later on the menu.

Friday and Saturday nights are busiest, with vehicles filling Market Street in front of the establishment. Prime rib is served on Saturday evening, and Choice ribeye steaks are cut onsite to ensure quality. Roast pork loin and hamburgers are also favorites.

Sides at the restaurant that keep folks returning are real mashed potatoes, two kinds of gravy, fresh cut French fries and several kinds of homemade salads. Sunday’s feature is a buffet. If you’re still hungry when you leave, it’s your own darned fault.

The Water Hole doesn’t need to do any regular advertising, except for a couple of signs on the road. Partridge explains their ideal location is a huge advantage, and word of mouth has given them a great leg up. Hazard is located on the junction of Highways 2 and 10, northwest of Grand Island, or straight north of Kearney. Facebook gives them exposure on social media, and the place is often overflowing with guests. They’re currently drawing folks in from a hundred-mile radius. Local clientele flock to Hazard faithfully, knowing the sisters and their reputation for honest, hearty cooking skills.

The women admitted that you must have a certain personality to make this job pay; the hours are long and the work hard. Each takes one day off per week, but Partridge explains that day is often used for banking and grocery shopping. Earhart jokingly said she was going to change her mailing address to the Water Hole. When I asked whether either of them cooks at home, I was met with two simultaneous answers of “No!”

They both enjoy fishing and camping at Sherman Lake, although time seldom permits. The sisters love their customers, (“young or old, we’ll take ‘em”) as well as their five part-time employees, who are trusted implicitly.

To find the Water Hole, go to Hazard and look for the flagpole.