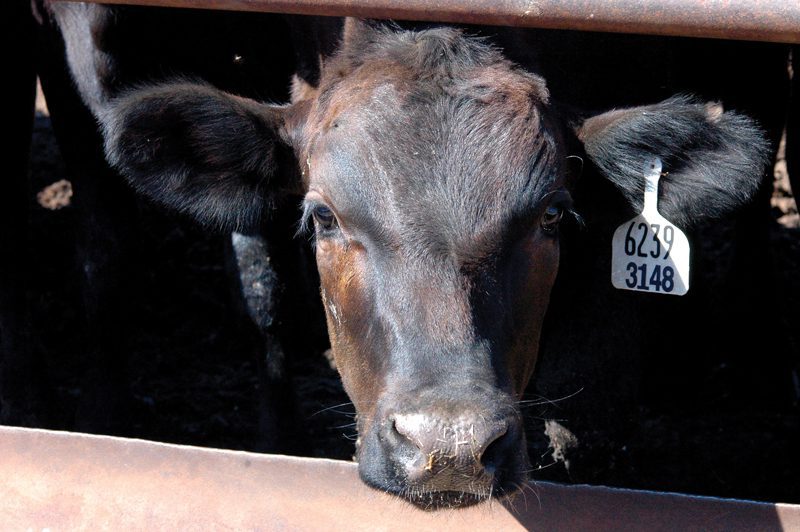 Have Changes in Cattle Drug Use Helped?

Doctoring cattle usually isn’t a producer’s favorite chore. Weather, faulty equipment, ornery labor or cattle or both can ruin a day and bust a budget. There is more detailed management of drugs being used. And there are reams of recordkeeping required to satisfy the government, and most important, who’s buying your calves. 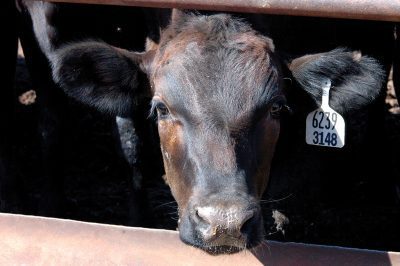 Advancements in drug treatments and to prevent or manage bovine respiratory disease (BRD), bovine viral diarrhea (BVD) and other diseases have helped. Gratefully, there is plenty of expertise from animal health companies and public and private veterinary, nutrition and cattle handling specialists to ease the burden. Nonetheless, further challenges will come from more government restrictions on drug use, even if cattle get sick.

CALF News visited with three well-known beef cattle scientists to get their take on how animal health products have changed and whether those changes provide improvements over what ranches and feedyards saw 20 years ago or longer. Dan Thomson, DVM, is chairman of the Iowa State University Department of Animal Science and longtime feedyard veterinarian. Joe Paschal, Ph.D., is a professor and Extension livestock specialist for Texas A&M AgriLife Research. Ty Lawrence, Ph.D., is an animal science professor at West Texas A&M University and director of the Beef Carcass Research Center.

These professionals discussed various changes in animal health treatment, including vaccination protocols and antibiotics in cattle. The use of antibiotics in cattle has faced complaints since the 1990s or before. Potential human resistance to antibiotics used in meat production has been the issue. The Veterinary Feed Directive (VFD), a federal regulation to prevent over-the-counter sale of many antibiotics, resulted after continued grievances from animal rights activists and others.

All feed-grade medications used for disease prevention and therapy require veterinary oversight and an accompanying VFD documentation. Livestock owners working with properly licensed practicing veterinarians can acquire a VFD, which allows the purchase and proper use of feed-additive medications.

Changes for the Better?

According to the American Veterinary Medical Association, animals can receive antibiotics if there is a clear indication of their need. Perhaps the way vaccines, antibiotics and other drugs are used differs more than actual drugs available for cattle health.

“We have had about the same antibiotics and vaccines for cattle for the last 20 years,” Thomson says. “We have great tools. Probably the biggest change has been doctoring cattle with dart guns in the pasture.”

Paschal adds that better preconditioning and more uniform use of vaccines have enhanced animal health. “I think more attention is being paid to preparing cattle through vaccination programs, backgrounding, etc.,” he says.

“Better sourcing of cattle has also helped minimize potential health issues. Not all cattle are prepared [to continue their production cycle], but those that are prepared see fewer health issues – and that’s good.”

Lawrence says the treatment of BRD has benefited from better injectable antibiotics. “The most notable change in the past 20 years has been the development of new, macrolide-class injectable antibiotics to provide the industry with new and more effective tools to treat BRD,” he says. “The new antibiotics have certainly reduced morbidity and mortality compared to the older generation products.”

It took a year or two for producers to get acquainted with the VFD. But many have become better accustomed to working with their veterinarian.

“The VFD has certainly changed how we handle feed-grade antibiotics,” Lawrence says. “However, I am unaware of any data that illustrates an improvement or a decline in morbidity or mortality.”

“I don’t think the VFD has had any impact on animal health in the feedlot,” Thomson adds. “It has not impeded our ability to use products. We were doing a good job before the VFD, it just provided us a way to document what we were already doing.”

“Because some drugs are no longer available over-the-counter, there has been an increase in veterinary-client/patient relationships to allow antibiotics to be used. I think the VFD has had an impact.”

For years, many cow-calf producers were against vaccinating their calves. There were arguments that calves didn’t benefit and even saw a decline in health. Now, with the many value-added calf programs like VAC-45, backgrounders and feedyards seek cattle treated for diseases and properly weaned at the ranch. Those calves typically perform better in confined environments and merit a premium for their producers.

“More cattlemen are instituting simple vaccine programs, getting calves castrated at earlier ages and it is showing,” Thomson says. “If you watch the numbers over the years, we continuously make increases in cattle properly managed for feedlot entry, which pays off huge dividends in health and performance.

“We are seeing improvements every year. More and more cattlemen are choosing to provide proper management and care for their cattle before sending them off the ranch. I am proud of people who take the time to acclimate their cattle to the human/animal interaction.”

Paschal says producers who have used vaccines in the past are improving their protocols, while smaller producers may lack the resources to treat their calves and breeding stock.

“Many producers are doing a good job with their vaccination programs,” he says. “For more than 30-plus years, those who have always done a good job are doing a better one. They›re paying more attention to vaccines and timing.”

Lawrence agrees that the use of vaccines could be improved. “Still, the application of this important management tool is highly variable,” he contends.

Paschal points out that many smaller producers “lack interest, skills or equipment to do it right, even the first time. Not all smaller producers grasp the positive aspects of preparing their calves through better vaccination and weaning programs, and that’s where we need to work in the future.”

The demand for high-quality beef continues to grow. But so does knowledge of their origin, how they were handled and the drugs they were given. Like it not, traceability will be a requirement for future animal health treatments.

“We will see animal ID and traceability,” Thomson says. “This will provide more transparency in how cattle are treated before coming to the feedlot and make the biggest improvements in cattle health.”

He adds that, since many cattle are sold two or three times before getting to the feedlot, “they will be exposed along with their vaccine history. People doing it right need to step up and use animal ID and traceability to get increased prices for their stock.”

Thomson says the better calves are handled early, the less need there is for antibiotics.

“In a feedlot, about 90 percent of the antibiotics used in beef production are to control liver abscesses,” he says. “The second largest use of antibiotics is mass treatment on arrival. The more we do to prepare animals for feedlot entry, the fewer antibiotics will be used for metaphylaxis [controlled treatments before cattle become ill].”

“With less dependence on antibiotics, we improve our stewardship,” Paschal adds. “Genetics will likely be of benefit, too. Breeding better cattle, preparing them and recognizing health issues or potential issues earlier are going to be important.”

Lawrence sees better tools to enhance immunology and reduce the need for antibiotics.

“As we learn more about the bovine genome and immunology, we will likely see more immune modulators enter the market as an alternative to antibiotic therapy,” he says.

Thomson says the industry can’t keep all animals from getting sick and requiring an antibiotic to recover from their illness.

“We have a great system that produces the safest food in the world,” he explains. “We can always get better, but we will not see big decreases in antibiotic use in feedlots until we have a non-antibiotic answer for liver abscesses.”

Expect to see an increased dependence on documentation of all animal health treatments, especially those from a veterinarian. BQA manuals recommend using a processing map to record the treatment product, where and how each injection was administered, and the dosage.

Paschal encourages producers to further develop their relationships with their veterinarians.

“Those who have adapted and improved animal management and husbandry, nutrition, vaccination programs and developed or enhanced their veterinary relationship are experiencing fewer negative impacts than expected, financially,” he says. “They’re seeing improvements in production and likely profitability.

Lawrence says the industry should expect more pressure on antibiotic use on cattle, which could slow new product development.

“I worry that we are approaching a drought in new drug development,” he warns. “Given the negative public sentiment regarding antibiotic therapy in food production, I suspect new product development does not have the same impetus that it would have had five to 10 years ago.”

Thomson has another worry. “One thing that has hurt cattle health is less human/animal interaction,” he says. “Animals that don’t trust people won’t show clinical signs of disease.

“We unwind bales off our flatbeds and we’re only outside the cab long enough to cut the bale wrap. We have fence-line feeder wagons where we never have to get out of the tractor to feed cows. Then, when we doctor sick cattle in the pasture, we roll down the window and ‘shoot’ them [with medicated darts].

“All of this is ‘un-domesticating’ our cattle herd, which causes big issues at the sale barn and feedlot. If they come to the yard not knowing that a person is their caregiver, or what a feed bunk or water tank is, or if they haven’t been vaccinated, castrated, or had their horns tipped, they’re starting from a position of distress on the their health.

“That’s regardless of the use of antibiotics or vaccines.”

Doctoring cattle – yes, it can be trying. But it’s a necessity, along with a long list of other animal health-related chores. Changes in drugs and the way they’re administered will hopefully make it all worthwhile, especially when calves can bring an extra $10/cwt., or more from the buyer.