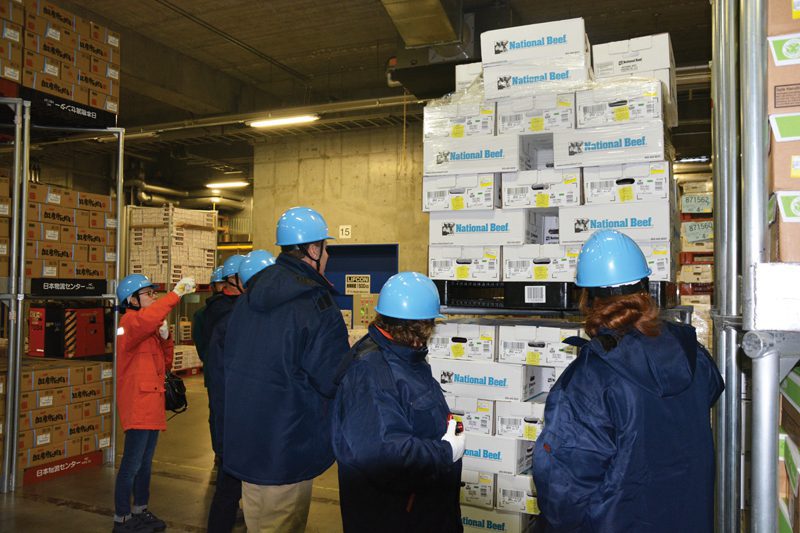 Our trading agreements – and subsequent export/import regulations – with other countries are an ever-evolving beast. Erin Borror, economist with the U.S. Meat Export Federation (USMEF), says a lot of things have changed, even in the last year. 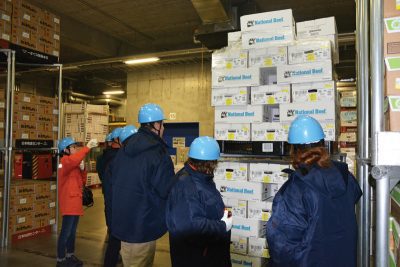 “Regarding access to markets, the U.S. is in a much better position than a year ago. Prior to the coronavirus, this should have been a really good year. On the access front, with the Japan-U.S trade agreement and the China Phase 1, this pretty much resolved the major issues we were facing last year,” she says.

Mainly it brought us to a level playing field with Japan, and we are also benefitting from tariff reductions. “This is crucial, and has been one of the drivers of growth in our beef exports. The Phase 1 with China is a non-typical agreement. It did make some big, structural changes on the beef side, for access into China, and went beyond what I thought would be likely or possible, removing the biggest barriers,” Borror says.

“China has agreed to establish import maximum residue limits for growth-promoting hormones, and to accept our traceability system; there will be no more traceback of the individual animal to the birth farm.”

The main remaining barrier is that China still tests for residues of beta agonists, or ractopamine, fed in the final days of the finishing period. There are some other things like product labeling that are required for China, so it’s still a China-specific supply chain and product, but U.S. producers merely have to establish this from the feedlot on, rather than from birth.

“Part of the reason we haven’t seen shipments to China explode – even though they are growing dramatically from a small base – is likely the perceived risk with U.S. and China’s relations,” Borror says.

“For example, China has been waiving the retaliatory tariff on U.S. beef since early March. For part of last year, U.S. beef was subject to a 47 percent import duty compared to the most-favored-nation (MFN) rate of 12 percent. The retaliation was a response to U.S. tariffs on imports from China as a part of the Section 301 actions [addressing U.S. concerns about China’s treatment of intellectual property and other issues].”

Since early March, importers of U.S. beef have been paying the 12 percent MFN rate, making our product much more competitive, especially as Australia, our primary competitor, has significantly reduced production, with accordingly higher prices.

“So the combination of the Phase 1 breakthroughs on market access barriers and China’s tariff exemptions have triggered growth in U.S. exports to China,” Borror explains.

First-half volume was up 80 percent to 6,912 megatonnes, valued at $54 million. “But the U.S. still accounts for just 1 percent of China’s massive beef imports,” she says.

There was also a new agreement with the European Union (EU) to carve out a U.S.-specific share of the high-quality beef quota created out of the United States and EU memorandum of understanding on the hormone case, won by the United States through the World Trade Organization (WTO). The EU has refused to change its practices and, instead, has opened a duty-free quota for non-hormone-treated beef meeting the high-quality definition (grain-finished).

“To meet WTO rules, the quota had to be open to all suppliers meeting the definition, and soon the quota was fully utilized by the competition, including beef from Uruguay, Australia, and Argentina,” Borror says. “The U.S. successfully negotiated an agreement last year to give us a U.S.-specific share of that quota, and that agreement started Jan. 1, 2020.

“We had a banner first quarter and then the coronavirus shut down European food service. It was a rough second quarter but, toward the end of it and into this third quarter, it started to regain traction, with an encouraging outlook.” .

This new opportunity also allows us to ship beef into Europe 52 weeks of the year. Since we are doing chilled, high-end products, business customers in Europe can be assured that they can get the product every week.

“This encourages more chefs to include it on the menu and more retail features,” Borror says. “Before, we were rushing to clear product in the first few days of each quarter – since the quota is managed on a quarterly basis, and it was getting used up at the beginning of every quarter.”

The other development in China is that with their coronavirus findings in the Beijing wholesale market in June, they started asking processing plants globally to declare that their products were free of coronavirus.

“We know there is a near zero chance of the virus being transmitted via food or food packaging, especially in these situations, because it would be unable to survive shipping times to China,” Borror says. “This caused a lot of panic and frustration in the trade – from cut flowers to soybeans to beef.

“We’re not totally out of the woods yet on that, but the only establishment in the U.S. that was suspended was a poultry plant. China has suspended four important Australian beef plants, so there is heightened interest in U.S. beef. This goes back to before the coronavirus issue.

It is not only the U.S. that has tenuous relations with China; it’s also affecting Canada and Australia. Canada was out of the market for the second half of last year. Every country faces their own battles with China,” she says.

Trade regulations and restrictions are ever-changing and sometimes hard to keep up with. “On the demand side, we see a rebound in demand for U.S. beef. The weekly data showed a rebound in U.S. beef in June, but it did not show up in the monthly data, which is perplexing, but the weekly has shown a continuous increase through July. We are confident we’ll see a stronger U.S. beef export number total in the July data, and we should see that continue through the second half of the year.”

Markets saw very strong retail demand, which helped offset the losses in food service. “There has been a strong food service comeback, especially in places like Taiwan which is a record-setting market for U.S. beef on a value basis, for the past 8 years,” Borror says.

“In Japan, food service is recovering, but challenges persist. Fortunately, we are a big supplier into retail [not just food service] in Japan, Korea and Taiwan, and this helps sustain generally strong demand,” Borror says.

“We didn’t really see a disruption in our exports until we had supply-chain issues in our own plants. As long as we can keep everything going, the demand on the export side should regain momentum through the second half of the year.”

Beef exports are a vital component to the domestic cattle market. Our international trading partners often pay higher prices for items like chuck, short ribs, short plate, variety meats, etc. “This provides higher margins on carcasses and enables the packer to pay more for cattle when maximizing the value of each animal going through the system,” Borror explains. Over time more export dollars per head correlate with stronger cattle prices.”