Farmers Are the Solution

Ignoring the left-leaning COVID advisories and mandates, I have been attempting to get back to normal, both in my personal and business lives. With a new variant to this seemingly never-give-up virus, much is still limited, leaving idle time on my hands for things that are diversionary. One such thing that usually filled this bill was sports, especially those aired on television.

Throughout the summer, major league baseball usually filled these time slots, but with their political leanings and their ultimate decision to move the All-Star Game from Atlanta to Denver over their ill-conceived views on new voter-rights legislation, I was turning my TV off. I had just one dalliance from my boycott; on August 12, I tuned in to the Chicago White Sox and the New York Yankees game from the Field of Dreams stadium in rural Dyersville, Iowa. This purposely built stadium to mimic Chicago’s old Comiskey Park was constructed among the corn fields of Iowa and adjacent to the original movie set field from the film of the same name. 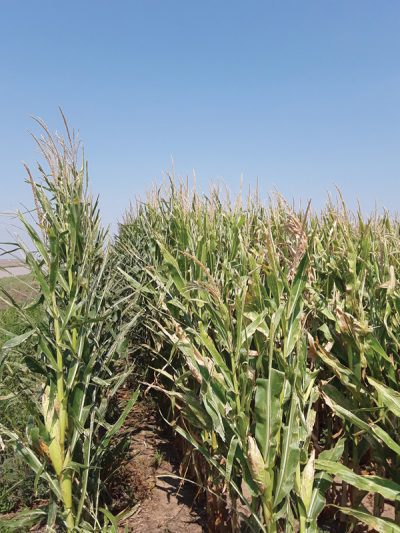 Released in 1989, Field of Dreams, starring Kevin Costner as an Iowa corn farmer, has stood the test of time with memorable lines such as, “Build it and he will come,” and, emerging from the corn field, Ray Liotta playing “Shoeless” Joe Jackson asking, “Is this heaven?” Kevin Costner, playing Ray Kinsella, replying, “No, it’s Iowa.”

Intently watching the entire broadcast, I was rewarded with a spectacle for the ages and a game that was determined in the bottom of the ninth with a walk-off home run into the corn fields, giving the Sox the victory.

The most memorable event for me was not the ending or even baseball-related, but a comment by one of the television announcers. After providing facts and figures regarding Iowa and its corn crop being the largest of any state at 2.296 billion bushels, he admitted to not knowing that the corn wasn’t all for human consumption. This proved to be another example of the general public’s lack of knowledge for American agriculture.

According to the Beef2Live website, corn is the most produced food commodity in the United States, harvesting 381 million tons for animal use and ethanol production. In Iowa, 90 percent of the land is in agricultural use, with 13 million acres of that planted to corn. If just Iowa’s portion of this corn crop at 16.19 percent was for human consumption, that would be a lot of breakfast corn flakes. The “Green Giant” would be working overtime to can that much of his Niblets corn compared to Iowa’s 3,500 acres of sweet corn for actual human consumption, or just .02 percent of their corn acres. Not only did the 8-foot corn stalks provide a unique backdrop to the outfield fence on that special night in August, they symbolize the more than $9.2 billion addition to the U.S. economy as the world’s largest corn exporter.

With attacks from animal rights activists and the anti-farming sectors, they would have us believe that raising corn to feed protein-producing livestock was next to suicide for our existence and adding “nails to the coffin” of planet earth. They categorize that “August night” as nothing but a false advertising scheme by the National Corn Growers Association.

Contrary to these absurdities, my latest media hero, Trent Loos with his conservative commentary, Loos Tales, found in my local farm broadcaster’s lineup has a different outlook. Mr. Loos says, ”Farmers are the solution with farmers managing everything green and everything green improves the planet and human health.”

Driving away from my local morning coffee stop, he expounded that carbon dioxide is plant food and 200 bushel-per-acre corn converts 11 tons of carbon dioxide to oxygen through the plant process of photosynthesis. With more than 92 million acres of corn planted in the United States, more than 1 billion tons of carbon dioxide is converted to oxygen. To further drive this point home, Loos cites both National Aeronautics and Space Administration (NASA) and the Smithsonian Institute agreeing that at the peak growing season, U.S. farm crops produce more oxygen through photosynthesis than that of the entire Amazon rainforest.

Closer to home as I circumvent the circles of irrigated corn, my family’s farm – small by some standards – is still part of the solution, and our corn acres represent more than 4,000 tons of carbon dioxide becoming oxygen. Like my new radio hero proclaims, for more than 100 years, my family has managed everything green and everything green has improved the planet and human health. I believe it is in all of our best interests to promote our agricultural way of life and dispel the falsehoods. When promoting the Field of Dreams baseball game, National Corn Growers Association President John Linder stated, “This creates a unique opportunity to tell the story of the American corn farmer to the American public in a creative and highly entertaining way.”