Cattle Nutrition in the United Kingdom 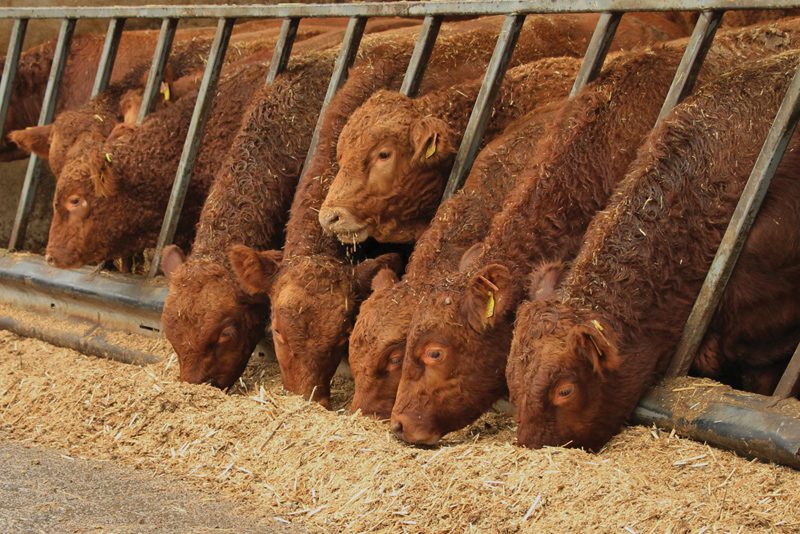 Rising input costs are affecting all livestock farmers at present with above-inflation cost increases in energy, transportation and cereal prices. Although the carcass price for beef has achieved a five-year high, net profit returns look to remain very tight. Adding to the challenge is the removal of direct-production subsidy support, which is forcing both cow-calf breeders and finishing men to get a better understanding of their own production performance in gain and, most important, feed conversions.

Historically, successful financial returns have been realized between the selling price of the finished animal subtracted by the cost of the purchased animal, and a basic feel of input costs in between. With this formula, diet changes and improvements aren’t well known and understood, resulting in an historic reliance on rising meat prices keeping everyone in the game and confident to keep going. 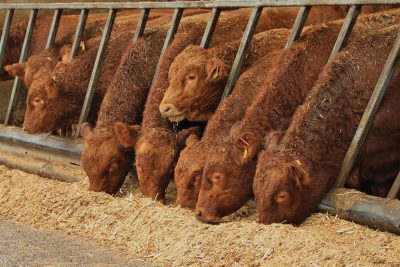 In the United Kingdom (UK) and most of Europe, beef animals move from a forage-based diet to either cereals or waste byproducts as the base of the finishing diet at three to six months pre-harvest. Products such as waste bread, biscuits, potatoes and the highly valued distillery byproducts have historically been an important low-cost finishing food source. Sadly, these are now being largely directed away from animal feeding and into energy production through anaerobic digestion plants, which has put added pressure on the cost of production model for the finishers.

The main homegrown cereal fed is barley, followed by some wheat and oats. Most of these cereals are harvested at 15 to 20 percent moisture and dried down to 15 percent. In more rural and higher altitude areas, which mainly grow barley rather than wheat, the crop is typically treated with propionic acid as moisture levels are higher because of the later growing season.

There has been a growing number of farms treating cereals with ammonia and feeding an alkaline system, one product being Maxammon. This system has increased the cereal density of, in particular, finishing diets, in an effort to feed more homegrown produce and less concentrated feeds being manufactured through pressed compound mills. This alkaline system increases the pH of cereals such as barley from 6.5 to 9 while also increasing typical protein levels from 10.5 percent to 13.5 percent. This process has become increasingly popular because cattle performance is excelling standard expectations.

Ireland and the west side of Britain get more than 40 inches of rain per year, which means that forage production and intensive grazing for both dairy and cow-calf operations is the mainstay. A lot of the land in this area is permanent grassland, but more on the east side is used for cereal and vegetable production. It is in these areas that most of the UK finishing yards are situated.

These yards feed animals from approximately 1,100 pounds through to finish. The animals are mainly purchased through auction markets and are currently trading at $1,600 per head. They will be harvested after 100 days of intensive cereal feeding, gaining a targeted 330 pounds to produce a 770-pound carcase valued at $2,000. With a finishing cost for this period of more than $3 per day for feed, adding in haulage, animal health, labor, bank interest and housing costs, it’s close to the profit line.

Maize, which is mainly imported in and ground at ports, is highly valued as starch and used heavily in Ireland. Soya is another highly desired imported product and has been an important source of protein in both ruminant and monogastric diets. However, there is a growing resistance to soya, with major retailers wanting to remove it from the supply chain. Its place in ruminant diets is under threat, as well. This has come about because of the lack of distinction between sustainably produced soya and soya produced from deforestation. Most feed compound manufacturers have moved to offering soya-free diets, and its usage will be greatly restricted with this policy.

A major difference between the United States and Europe is the use of growth promotants and hormones. Hormone use has been banned for several years, and products such as monensin have also been removed from use.

Currently, methane-reducing essential oils have been introduced and have become a growing part of beef diets, as they have greatly improved the overall feed conversation rate. Going forward, it looks like both government and the meat retailers will require an environmental evaluation of each farm and their system. This will no doubt cause another re-evaluation to some long-standing and trusted beliefs.