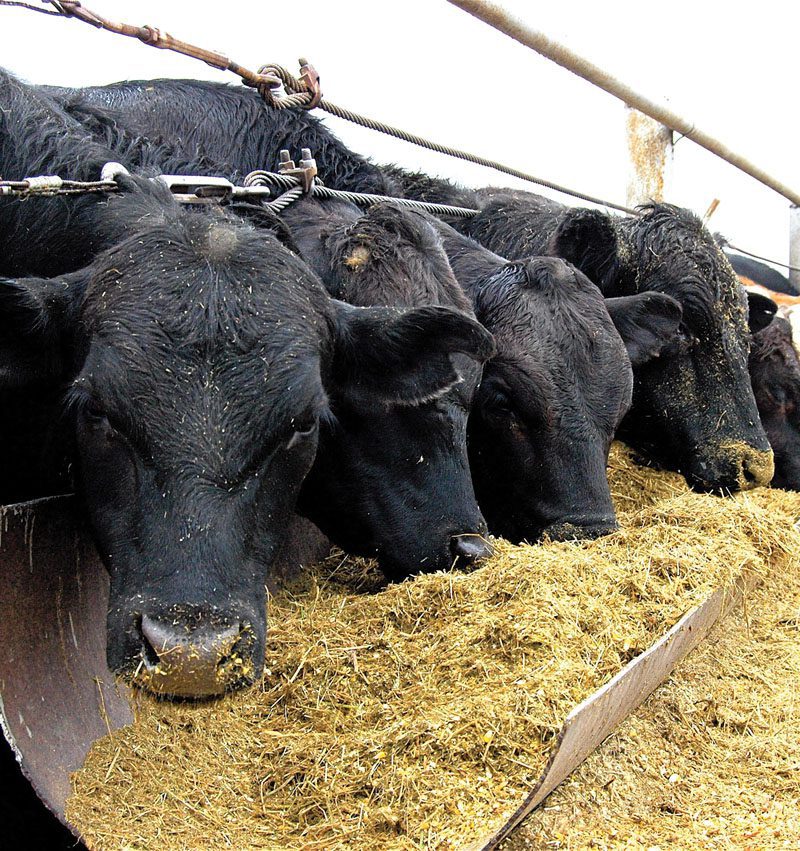 There’s not much exciting about marketing cattle these days. On July 15, August live cattle futures prices were within a few dollars per hundredweight from what they were a year ago, even though there has been much volatility in between. The Panhandle cash market was $110 if you were lucky. Cattle-on-feed had a projected loss of $5-$15 per hundredweight. Despite continued high cattle numbers and the potential for higher feed costs, strong demand is helping keep early 2020 cattle prices at a premium to summer markets.

There’s never any guarantee on cattle prices. And several cattle economists and market analysts see more price volatility this fall and winter. They say the still-large cattle supply, a questionable corn crop, trade with China and cattle quality are among the big factors that impact prices. Their projections on fed cattle, feeder cattle and corn markets take all those into consideration.

Marc Nemenoff, analyst and trader for Price Futures Group in Chicago, sees a slow increase in fed cattle prices. “For the fall, I expect live cattle prices to remain steady in the $106-$112 area, slowly trending upward,” he says. “For the very near term, I suspect prices will see a bit of a decline as more expensive feed costs filter through the market, and marketings increase with lower weights.

“This winter, I expect prices to be well above the near term, possibly in the $116-$122 area. I’m basing that mostly on seasonality and technical indicators.”

“I’m in the $110-$116 range for the fourth quarter,” he tells CALF News. “I’ve been there for a long time and the futures have come down to my range. I think beef demand – domestic and export – remains pretty good. My prices reflect that continuing. However, larger beef production could keep some supply pressure on the market that offsets good demand.”

Tyler Keeling, analyst for Amarillo Brokerage Co., sees prices trending similar to last fall. “I don’t like to make projections, but since we have an ample supply of cattle and a good demand, I see fed cattle prices similar to last year’s numbers,” he says.

He sees feed prices calling the shots for all cattle prices. “Corn will be a major player for a year, or at least until we are confident we have ample carryout. It will affect how long we feed. It will affect north and south feeding abilities because of the basis.

“We can have some pops in the market, but profitability will be more difficult. Costs of gain (COG) will be higher into the fourth quarter. COG have already begun to rise in July, this will become more and more evident as we move further in the fall.”

“I’m thinking more about a Texas price, so that’s usually a little lower than Oklahoma City or Kansas-Nebraska prices,” he says. “I think the demand for heavy feeders should hold those prices relatively higher than calf prices this fall, and that’s largely due to corn prices.

“High feed costs create an incentive to keep cattle on grass longer. Good weather for wheat pasture development will be more critical due to higher corn prices. The opportunity for good stocker cattle demand will be very important. So, compared to last year, feed costs and more cattle will likely pressure feeder prices more this fall.”

Keeling sees quality as a key factor for feeder cattle prices. “The fall feeder run into the third and fourth quarters will be highly dependent on the quality of cattle you’re dealing with,” he says. “Cattle with low risk and a big frame will likely move at a lot better price. Animals with high risk and a poor frame will have a more variable basis.

“Basis on feeders and corn could be our largest amount of risk. Overall, feeder prices can be anywhere, based on where corn goes.”

Nemenoff sees a struggle for better feeder cattle markets in the third quarter. “Feeder cattle prices likely will see limited upside as the market deals with high corn prices,” he contends. “That being said, I feel prices will gradually improve with an upside of $150-$155 as we enter the fourth quarter. This winter, prices should continue higher, topping out in late December or early January.”

When talking corn prices, a lot will depend on U.S. and China trade negotiations, which are anybody’s guess. “At the moment [July 15] I am bullish corn,” Nemenoff says. “The July 11 crop report was essentially negative, showing ending stocks higher than expected.

“The first reaction was to break to new daily lows. But within two minutes the market started moving higher, ending the session with about an 8¢ gain. I expect December corn to be in the range of $4.30-$4.80/bu. Of course, if the trade conflict with China finds resolution, we could go above $5. Late planting and lower yields should support corn prices.”

Keeling says that, along with the higher corn carryout, the July world agricultural supply and demand estimates (WASDE) report kept projected corn yields nationally at 166 bu./acre. “Corn and corn basis will be extremely volatile. It could be out of hand for a year,”  Keeling says. “The cost to get corn to feedyards in Hereford, Texas, as opposed to Omaha or Garden City, Kan., will be extremely volatile.

“Northern feeding areas have an advantage with higher quality cattle. The market is setting up against a southern calf, which would face more stress and higher risk from shipping long distances.”

Anderson says he doesn’t feel “as pessimistic about corn prices” as the futures market might indicate. “One role of the futures is to get folks to plant more acres and take a chance on planting even if it’s late,” he explains. “One reason for my optimism is that I would rather have it too wet than too dry. The moisture should allow for the acres planted to have adequate moisture to do well.

“I think we have planted fewer acres than were expected back in March. In the bigger picture, prices were below production costs for a lot or maybe even most corn farmers. So somehow, we were likely to see fewer acres planted longer term.

“I think a little improvement in the corn picture gives us a chance to rebound calf prices. How that [corn price] develops the rest of the growing season I think is the biggest factor on the calf and feeder side of the market. I think demand has continued to be good and that’s a tremendous positive.”

Anderson adds that the wheat-corn price relationship could influence cost of gain. “We’ve had wheat prices below corn prices for a good bit now,” he says. “That might provide opportunities to feed wheat. I know that brings a bunch of other issues like changing rations, balancing for wheat, etc., but it still might be a chance to maybe cheapen gains a little bit.”

Price volatility should present some spikes in cattle prices that shouldn’t be ignored. “If the opportunity presents itself to lock in a good fed price, don’t let it pass,” Anderson says. “Lately there has been some potential for prices to increase. Cattle weights are under control, which is positive, and underlying demand is good.

“Also, much of the increase in beef production is from cows, so we don’t have the growth from the steer and heifer side. That lends the opportunity for continued support for fed cattle prices.”

Anderson notes that since the market has been rewarding heavier calves, “if you have ample grass supplies, good weather and good health, then it might be a good year to put some more weight on. But I would really think about hay costs, grass supplies and paying attention to feed costs.”

Keeling encourages producers and feeders to use discipline in marketing. “Don’t lose site of the overall goal – profitability. There are large amounts of risk,” he says.

“To lock in or protect a good price, simple marketing strategies may work best. If there’s a pricing opportunity, consider using put options to cover cattle if the market drops. If and when the market rallies, you may want to roll them up or use futures to lock in better prices.”

“For this year, I was looking for the top in late winter/early spring followed by a hard break,” Sauter says. “I believe that bottom was achieved in June based off another cycle. This month [July] will be the midpoint of the cycle, and the top is likely coming in November. Once we cross that midpoint the market should pick up steam on the rally.”

Of course, there are many breed and value-added calf programs and alliances that present opportunities to contract calves for a possible premium. High-quality cattle will likely attract a better price.

For cow-calf operators, Anderson reminds producers of pricing opportunities for culled cows. “In the cow market, we might get some price help as dairy cow slaughter slows down,” he says. “But the big decline in cow prices last fall should get us to think about a couple things, one of which is to think about culling earlier before the fall rush of cows.

“Think carefully about using a lot of expensive hay on cows. It might make sense to do something different.”

There is much more advice on marketing opportunities from local, regional and national commodity analysts, along with Extension market analysts. With tight profit margins and no guarantee of hefty prices over the horizon, a phone call or two may be appropriate.