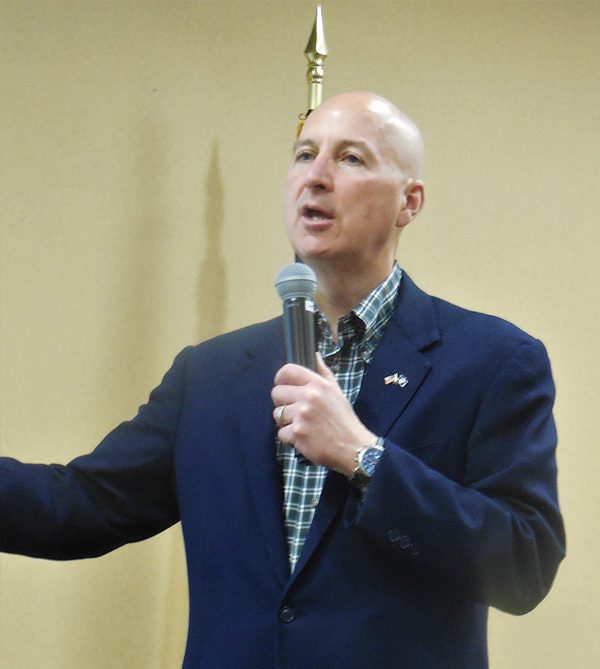 Among the many executive orders (EO) President Biden has advanced is EO 14008, “Tackling the Climate Crisis at Home and Abroad.” It is also called 30 by 30, and more recently been retitled “America the Beautiful,” a moniker aimed at making the idea more palatable to the general public. It is the same tactic the Humane Society of the United States uses with puppies and kittens.

The radical environmental activists behind this plan are aiming to “permanently protect 30 percent of America’s land and oceans by 2030.” They argue that climate change is manmade, and we are equally able to reverse the damage we have caused. Actions must be taken immediately to save the earth.

Science and data, of course, do not support these ideas. This unconstitutional policy is being pushed by the far left, using scare tactics to facilitate a land grab of monumental proportions. It will effectively remove property rights across the United States. Predicting that one-third of all species living in the United States will be extinct in 10 years, National Geographic magazine, along with Vice President Harris, determined that an area twice the size of Texas must be taken out of agricultural production and turned back to nature. Eventually, this includes the restoration of an ancient migratory route for wildlife, which could possibly be a great swath of land running from Canada to the Gulf of Mexico. This area is often referred to by urbanites as “flyover space.”

The federal government owns 28 percent of the land in the United States, 12 percent of which is already permanently protected. That leaves the remaining 18 percent to be comprised of privately owned land. In the vernacular of the layman, this is called a land grab.

Although President Biden has no constitutional authority to enact this measure, his administration has promised to use “every tool in the toolbox” to get it done.

Nebraska Gov. Pete Ricketts has been traveling his state, holding town hall meetings, informing and warning citizens of the upcoming threat. (I attended a meeting in Broken Bow on June 7.) He warned that President Biden has a long history of not working or communicating with state and local governments. Likewise, Vice President Harris will not talk to governors. It seems as though our current administration, according to Ricketts, is dismantling states’ rights.

Governors have repeatedly asked questions regarding the 30 by 30 issue, with no response whatever from our executive branch.

“The fight is now in our own backyard,” Ricketts says.

According to Secretary of Agriculture Tom Vilsack, the entire program to take ag land out of production is strictly voluntary. There is no “land grab” being hatched in a subversive plot. Gov. Rickets, however, says that this is outright propaganda.

Voluntary conservation easements, such as the Conservation Reserve Program (CRP), will remain available as a preferred method of government to enact easements on agricultural properties. However, Rickets warned to take any new or renewable contract to a lawyer before signing, as the fine print is likely to change, going forward. Even the Environmental Quality Incentives Program (EQIP) contracts to help ranchers pay for cross fencing and waterers may soon contain hidden agendas and demand more than anyone cares to give up. Beware of federal government help.

Easements, for example, may written in to remain permanent, removing any use of land for you or your heirs going forward.

A long list of progressive elites and left-leaning environmental groups are funding and actively promoting the plan. One primary push is the Center for American Progress (CAP), a progressive organization funded by George Soros-backed foundations.

Land is planned to be “permanently protected in its natural state,” which means off-limits to most human use. Proponents want CRP easements to be permanent.

30 by 30 threatens to obliviate rural communities. This is particularly true since there is no adequate local representation being considered.

The tax base on land would change, a point driven home by Ricketts. Lower land value assessment on conservation ground, as well as property tax paid by the government to states on federally owned or CRP land (at a grand price of $2.50 per acre), would drive up private property taxes on other land not in easement. This program will impact the overall tax base, affecting our schools and infrastructure significantly.

The Biden-Harris administration has revealed very few details of their plan, leaving us only to speculate on the repercussions of their progressive scheme. What we do know is highly suspicious of a land grab. Additionally, the federal government wants to enact 1,700 more miles of Federal Scenic River designation. Adjoining properties would fall under EPA restrictions. It is important to note that they have not defined the word conservation but may mean preservation, which is much more restrictive.

We do not know if we will lose our rights to irrigate crops under 30 by 30, although it seems likely, since the Ogallala Aquifer is often in the spotlight of environmental activists. Questions remain whether cattle will be eliminated altogether in the America the Beautiful plan. Progressives note that there won’t be one, big sprawling piece of legislation to achieve their goals, but a “mix of things,” including wildlife legislation, changes in the Farm Bill and many smaller pieces of new law. This is what I would refer to as strangulation.

What Can We Do?

Ricketts emphasized working with local government and any entity that receives tax money. School districts, for example, may present petitions to their state and federal government. Grassroots participation is imperative to stopping the grab.

Ricketts warned that if President Biden pushes his agenda any further, state governments will band together and sue the federal government. There are currently 15 governors on board to litigate.

On a side note, on June 9, President Biden reinstated the Waters of the U.S. (WOTUS) act, a bill that took agriculture organizations years to defeat. He is “making some changes” to WOTUS; we are still waiting what those will entail.

Additionally, in the same time frame, the White House decided to cancel the word “woman” in favor of “birthing person,” in the 2022 fiscal budget proposal. According to a June 11 article on the Family Research Council website, this step was taken specifically with regard to public health funding. Transgendering our English language, Office of Management and Budget Director Shalanda Young explained that the word “woman” is not inclusive to the gender challenged. Indeed, it may be offensive or hurtful to transgender women who are unable to be pregnant.

This is not a 30 by 30 concern, but illustrates that we are not dealing with left-leaning people, we are dealing with radicals.

Credits for this article go to the State of Nebraska, Governor Pete Ricketts and the Guide to Fight 30 by 30, published by the American Stewards of Liberty.