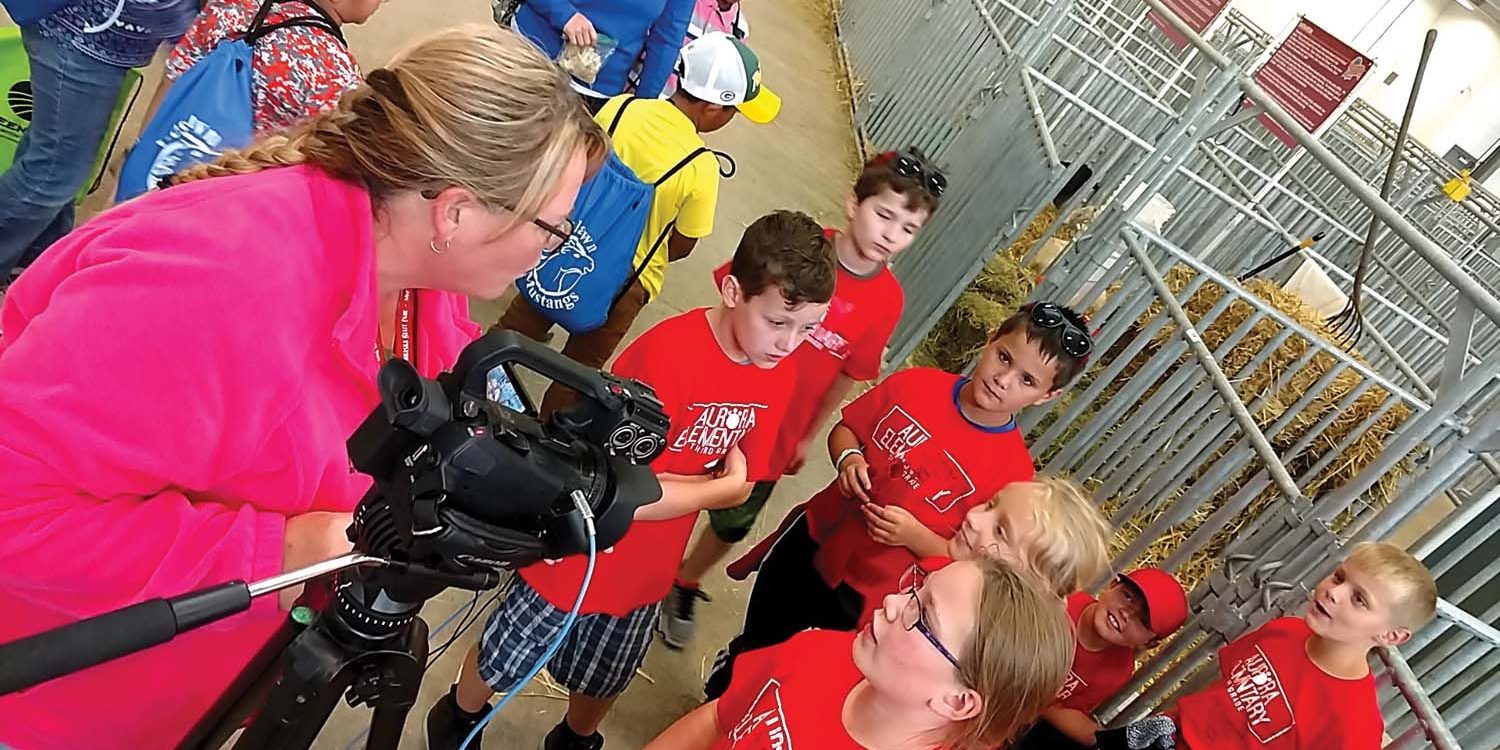 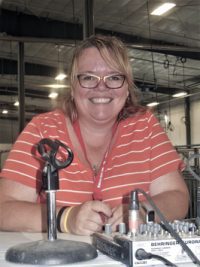 We listen to her. We wait for the clear, silky voice to come over our radios, and we hope that, today, her news is good. She is Susan Littlefield, farm director for KRVN Radio. Since the most we get of Susan Littlefield is a faceless voice, let’s get to know her better, so we have a more thorough understanding of this person who lives in the airwaves.

Littlefield grew up on a Minnesota dairy farm. She attended the University of Wisconsin, River Falls, and that’s when her life took an unexpected turn; she had initially signed up for an agricultural education major. A wizened teacher knew the difficulties dealing with a classroom full of teenagers and determined that his students needed to “learn to speak to a blank wall.”  Thus, each ag ed student was required to spend time at the college radio station, honing their speaking skills.

Littlefield described “falling in love” with radio almost immediately. Not only was she good at it, she knew right away that her teaching ambitions had vanished at the first sight of a microphone. She took a job there while still in college as farm director for two years and station manager during her senior year. She was off and running.

After graduation, Littlefield began a 27-year odyssey, working at South Dakota, Minnesota and Wisconsin stations. She landed a job in Columbus, Neb., at KZEN radio, and stayed for 18 years before moving to KRVN, Lexington, in 2016.

Her job at KRVN reflects the modern technology and flexibility available in today’s workplace. After securing her new employment two years ago, Littlefield converted her sons’ toy room to an office and studio. She not only broadcasts radio from there but does a short news program twice daily for TV Newschannel Nebraska. Her program has also been picked up by Spectrum and several other local entities. It is contracted through the Rural Radio Network.

According to Littlefield, “no day is the same.”  She spends considerable time on the road, going to meetings, events and businesses. Farm news and markets are always a priority.

When asked about any drawbacks to her work-at-home flexibility, Littlefield responds with a line that every mother will identify with, “My kids think I’m not working.” She is also convinced that some of her neighbors don’t know she has a job.

Thankfully, she is able to interview farmers at any time, at their convenience, due to her at-home studio location. They often prefer to visit in the evenings, when field work is done for the day. It is a big advantage for her.

Tons of fun and kudos

Littlefield’s favorite story about her career is about an incident that happened years ago when she worked for WNAX in South Dakota. The broadcast area reached from Yankton to West River at Hot Springs. While she was covering an event in the field, the general public was finally able to take a gander at their farm broadcaster. Nonetheless, the farmers kept asking, “Where is she?” Considering her last name, they all thought she must be a Native American. When someone in the crowd finally realized he was looking at the real Susan Littlefield, he said, disappointedly, “Damn. You’re a white girl.”

Littlefield has accomplished a great deal of good work in the past quarter century and has garnered an impressive array of awards. Most recently, she received the Shepherd’s Voice Award by the American Sheep Industry Association. In 2011, Littlefield garnered the University of Nebraska Extension Media Award, and 2014 brought a Distinguished Service/Person of the Year honor from the Nebraska Dairy Council. She most notably was the Farm Broadcaster of the Year in the United States in 2016, and president of the National Association of Farm Broadcasting in 2015.

“I love agriculture. I live and breathe it. This is a chance for me to do what I preach,” Littlefield says when asked about the reasons she’s so well suited for her job at KRVN.

Her favorite part is the market broadcasts. She loves to have all that detailed information at her fingertips. It’s important for her to be able to sit at the table with a producer and understand the issues they are dealing with, and her cognizance of this material comes through clearly during her broadcasts.

She receives daily information from commodity brokers, newsletters, subscriptions and websites. Her best source, however, is her daily one-on-one interview with a commodity broker, called “The Final Bell.”

Flexibility is important in any job, and Littlefield is able to deliver. In addition to her popular market spots, she writes other farm-related articles for the station, sends out weather alerts, and advises about pertinent political activities and other important area issues. She is comfortable and fluent on her Twitter account, mixing business at the station with some thoughts on her personal life. Who would not shed a tear the day her 15-year-old dog died? Littlefield’s brief and sincere tribute to the family guardian on Twitter made her message clear – simplicity often provides the loudest voice.

Littlefield met her husband, Michael, in college, and they married in 1995. He has supported her and enabled her career to flourish. The couple has three children. Bryan, 18, is a member of the U.S. Army, stationed in Fort Benning, Ga. Morgan, 16, is involved in theatre and speech. Paul, 13, enjoys soccer and wrestling.

The family thrives on their farm near Surprise, Neb., where Michael grows alfalfa and feeds a few cattle. He prepares taxes for H&R Block and shears sheep professionally. He started his business at age 14, and currently shears in five states. Continuing the tradition, two of the Littlefield children have been to shearing school at South Dakota State University.

Perhaps the most successful enterprise on the farm is a flock of Columbia ewes. The group’s stellar show record reflects good breeding and sound management. Littlefield is interested in reducing frame size and breeding a more “complete package.”

Following in her grandfather’s footsteps, Littlefield became a firefighter in 1994. Additionally, she took on her mother’s previous duty; she completed training to become an EMT in 2001, logging 150 hours of class time plus refresher courses each year. She responds to two or three calls per month in their rural area.

The couple is grateful to have found a farm on which to raise their family. “The kids have gotten to grow up and do things on the farm,” she reflects. “They may not always appreciate it, but they do it.”

Littlefield simply wants to continue doing what she’s doing, being satisfied with her life. “You’re the voice of agriculture,” she says. “If you can’t tell your story, someone else will do it for you. Wouldn’t you rather tell your own story accurately than have someone else tell it wrong?”