Beef Production in the United Kingdom 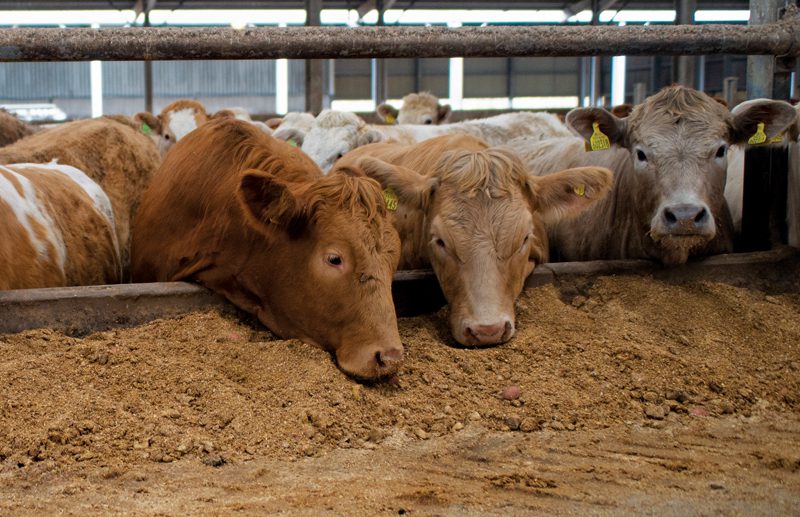 The United Kingdom (UK) beef industry has come through a lot in the last 30 years. BSE in the 1990s severely knocked confidence in the product and resulted in an export ban. This was followed by an outbreak of foot and mouth disease in 2000, which devastated cattle numbers. Recovery wasn’t easy or quick, but today things could not be more different.

In a twist of fate, the UK beef industry has come through the COVID pandemic with the highest dead weight price ever experienced since records began. Values have increased by 23 percent over this time last year and 21 percent over a five-year average, making a typical 772-pound carcass worth on a standard grade $2,033. 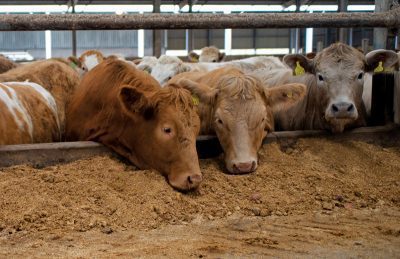 Ultimately, supply and demand always dictates pricing, but a major contributing factor has been the commitment made by leading retailers to exclusively use British beef. One of the big four retailers, ASDA, has recently been sold by U.S.-based Walmart to UK-based owners who have set a new strategy to commit solely to buying British beef.

Due to COVID restrictions, the closure of the foodservice industry has driven more consumption to the large retailers, which in turn, has driven this increased demand even more. The UK is 86 percent self-sufficient in beef production, with an average annual consumption rate of 108 pounds per person. The industry has worked hard to recreate an export market and currently exports 179,600 tons of beef per year, mainly to Europe.

Imports mostly come in from the neighboring Republic of Ireland, for which the recently agreed border free trade arrangement has been vitally important, as the UK is their biggest market. Agriculture is one of the main industries in the Republic of Ireland, and it has a herd of 6.5 million cattle against a population of 4.9 million people. In contrast, the UK has a population of 66.5 million and 9.6 million head of cattle.

During the same time frame as the pandemic, the UK’s political landscape has dramatically changed, following the decision to leave the European Union (EU) trading block. After World War II, increased food production was a key government strategy, which continued when Britain originally joining the European Economic Community. Since that point, the UK has followed the EU common agriculture farm subsidy policy, which linked a subsidy to production. This encouraged continual growth, and cattle numbers peaked at more than 15 million in 1974; however, like many countries, this has declined and is 32 percent less today.

Now and for the foreseeable future, subsidy payments are being aimed at encouraging all farmers to do more environmental practices under the slogan “public money for public goods.” This approach will affect many farmers and will bring changes, particularly to more intensive production methods. As a result, it looks increasingly likely that livestock numbers will drop even further.

So how is this now favored product produced here in the UK?

There are breeders across the country who finish their own cattle, but for the most part, the breeding herds are largely based in the west and north side of the country, where the calves are weaned, grown and then sold across to the grain-growing east side to be finished for harvest. The average breeding herd is around 47 cows; however, 200- to 300-cow herds are becoming more the standard. These herds are generally spring calving, the calves being weaned late October when the cattle are housed in barns for the winter, to be once again turned out late April ready for the bulling season.

Finishing yards are nearly all confinement, with most cattle being 80 to 150 days at these units prior to harvest. Our biggest finishers would be handling 10,000 head per year, but the most common size of finishing units would have around 1,500 cattle. With the arrival of sexed semen in dairy herds, more beef-sired calves have become available, making up for the dropping cow numbers in the suckler herd. A ban on euthanizing male dairy calves and a growing campaign to stop exporting for the veal trade has increased the availability of this supply.

In the last few years, several integrated supply agreements have been set up, linking genetics, calf rearers, finishers, nutritional suppliers, meat packers and retailers, all coming together with a cost-of-production model. More cattle will be reared and traded this way, and I will be expanding on this approach in a later article.

David MacKenzie lives in Scotland, in the United Kingdom’s far northeast and is currently the director responsible for the beef and sheep division of Harbro Ltd., a nutritional supply company. Harbro, a privately owned company, is one of the largest UK direct-to-farm mineral supplement suppliers. After spending an early career working with seedstock breeders, he joined Harbro in 1999 as sales specialist and has progressed with his team to influence the UK’s beef and sheep industry.

With his wife, Sonia, and their three daughters, they keep fattening cattle alongside a flock of breeding sheep. David has also continued in his father’s footsteps and runs his own herd of registered Charolais cattle.