Blockchain Cattle Hit the Market in 2019 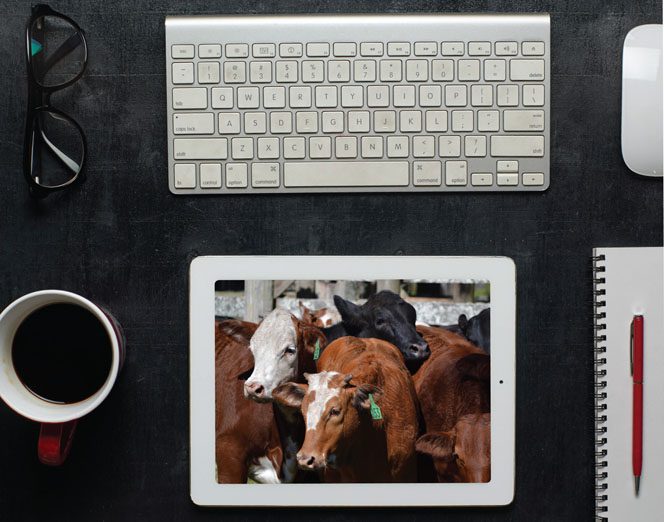 Beef consumers both domestic and international now demand greater transparency for the meat they purchase for quality, safety and societal reasons. The increased value for producers who can meet that need continues to grow. Traditional supply-chain technologies have failed to meet that demand and need a major transformation. Blockchain technology has entered the U.S. beef market, intending to provide that dramatic change. It will arm the beef industry with the tools needed to give the consumer, retailer and regulator new levels of trust, transparency and assurance of meat quality and food safety.

Right now about half of consumers use the traditional criteria for beef purchases – price, taste and convenience. The other half increasingly place importance on evolving social drivers such as ethical production, the environment, animal wellness and food safety. This dietary transition only increases as the media pushes its agenda against the cattle industry, and younger consumers come into the market.

In order to win these consumers over, the industry has to provide transparency about animal welfare standards, rearing systems, and animal disease and medication histories. Blockchain does that using a technology that the digital generation can understand and trust.

Blockchain creates a distributed ledger that records transactions, when they occurred, verifies their authenticity, and then uses encryption to make them unchangeable and encrypted hashes to string them together in sequence. Each “block” consists of an index, a timestamp, a list of the transactions or data entries, proof to validate the block and the hash of the previous block. A hash chains them together and plays an important security function. It provides the encryption for the block and binds the blocks into a sequential chain. The strength of the hash lies in the fact that a hacker cannot calculate the input from the output. If a block is compromised, all subsequent blocks will have incorrect hashes, making discovery easy.

The blockchain operates on a decentralized network composed of trusted and certified members known as a peer-to-peer network. Validation of transactions occurs by consensus of a specific number of peers on the network. No one person owns or controls the ledger; it is distributed throughout the network.

By adding script to a block, programmers can produce smart contracts. These digital contracts self-execute when parties meet contract conditions. They do this by using an “If-This-Then-That” function, which allows members of the network to financially transact with each other directly rather than using traditional intermediaries. Smart contracts hold the promise of shortening time-to-market, increasing international trade, speeding decision making, and making rapid payment the norm since smart contracts automatically execute payments when contract conditions are met.

Blockchain works in conjunction with existing management tools so internal systems that work don’t need replacing. An Application Programming Interface (API) connects them to blockchain with blockchain residing atop them. For example, a calf is tagged and monitored and tracked with an EID tag and reader. The producer captures the information and transfers it to a smartphone and then sends it to the blockchain.

Documents pertaining to the animal, such as medical records, are scanned and transmitted to the blockchain. Everything of importance to the consumer gets recorded, including harvest processing, packaging and transport to the retailer. The meat package receives a QR code tag that the consumer can scan before purchase using a smartphone app that takes them to a website where the blockchain history of the animal and the individual package display.

Every consumer has their own preferences; blockchain just adds transparency and trust so a consumer can make an informed choice and pay accordingly. Current beef packaging and labeling practices provide the consumer with a product description, a “best before” date, origin of the beef and quality standards. The blockchain QR code packaging model provides the consumer access to all the information on the blockchain through a quick scan of the QR tag using a smartphone.

Access to this information enables buyers to locate a beef product that meets their particular needs. The information can also show the ethical and sustainable practices used by the modern beef industry, which will help combat the media war against the industry.

Another important aspect of the blockchain QR code tag model is the consumer feedback loop used to provide product reviews. It makes producing and sending reviews via smart device to all the participants in the blockchain quick and easy. This will provide producers valuable market intelligence that will help them remain competitive.

The regulator will find blockchain useful because it makes locating contaminated meat quick and easy as well. Blockchain’s traceability makes it an important tool in creating food safety and combating food fraud. International markets place a premium on this information. In time, regulators will probably require it.

American Certified Brands, LLC, which does business as BeefChain, has brought blockchain technology to the Wyoming craft cattle industry. As the first real test of blockchain in the American cattle industry, many players are watching. Rob Jennings, CEO, says that designing a blockchain solution for the Wyoming craft cattle industry was hard because you had to bring together a unified supply chain with all the players, strategic partnerships, security, certifications and decision mechanisms, which required much thought and debate with everyone in the supply chain.

The company’s model intends to give ranchers the ability to charge premium prices for grass-fed, craft beef raised their entire lives in pastures by providing proof to food retailers and consumers. Right now, neither knows if the beef they pay a premium for actually meets their criteria. Blockchain intends to return trust to the market.

It does that by putting in place the technology to provide traceability and prove humane handling desired by their end customers. BeefChain’s RFID tags and devices upload that information to the blockchain. This captures the free-range, grass-fed premium lost in the traditional marketing chain. The second part of the solution called for the establishment of an end-to-end supply chain design that uses BeefChain’s partnerships with wholesale buyers, auction houses, feedlots and processors. By using BeefChain, ranchers get exclusive, long-term relationships with buyers around the globe.

While blockchain holds promise of producing higher prices for cattle raisers, it will also benefit wholesale distributors, retail grocers, the food service industry and, ultimately, the consumer. Still, the first-ever blockchain beef herd consists of only 1,600 head that will be ready for delivery in the late summer of 2019. No one knows at this point if the consumer will pay more money per pound for this information.

Regardless of one pilot project of a new company, blockchain is here to stay in the food industry, and you will have to deal with it at some point. IBM Food Trust uses blockchain to network food growers, processors, distributors and retailers. It provides transparency, traceability and instant tracking of food products for food safety, food freshness, food waste, food fraud, supply chain efficiency, brand trust, regulatory compliance, and to prove sustainable sourcing. Walmart has adopted it and is pressuring its food suppliers to use the product. Other major corporations using IBM Food Trust include Dole, Driscolls, Golden State Foods, Kroger, McCormick and Company, McLane Company, Nestlé, Tyson Foods and Unilever. That blockchain will impact the beef cattle industry at all levels is now inevitable.

As a management tool, blockchain offers many benefits. By studying the data it provides, all players can discover where their inefficiencies, waste and fraud reside in their operations. It makes regulatory compliance easier and provides evidence to back your claims. Activists like to accuse and ambush the industry at all levels with accusations often difficult to refute. Blockchain makes disproving them easy and transparent.

For those with good industry practices, blockchain holds great promise, and its marketing enhancements should produce better profits because the QR code tag marketing model is clearly superior to the current beef packaging model. However, producers who use marginal practices will find hiding in the crowd will soon become impossible thanks to blockchain.