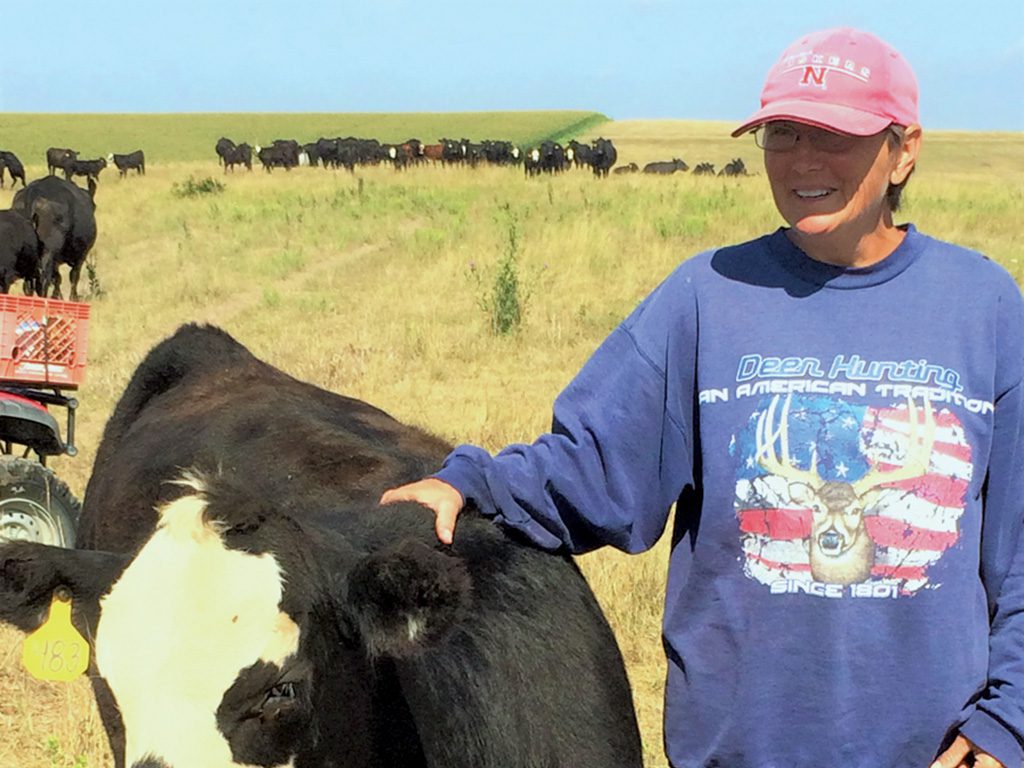 Anyone living in Sherman County, Neb., can attest to the fact that Annette Siegel is one of the hardest-working women in the neighborhood. That’s a remarkable accomplishment considering she was raised a “townie” in the community of David City, some three hours east of the Siegel’s Litchfield ranch. Her secret is having an excellent attitude.

Annette met her husband, Gary, through mutual friends while attending the University of Nebraska, Kearney (UNK). She married, had her oldest son and graduated school with a triple endorsement in special education, all in a very short time.

Ranching soon became a top priority. Along with the addition of two more sons, Siegel stayed home not only to raise a family, but to become a full-fledged rancher alongside her husband. She emphasizes that, from day one, their boys were reared working alongside their parents in every aspect of the operation.

The three offspring each have a degree from UNK with teaching endorsements. Brandon is employed at Superior High School, while Blake and Cody have returned home to the cow-calf operation.

The family also raises alfalfa and cane, and has a secondary business selling the forage crops. Siegel does virtually all the swathing, raking and bale pick up. She keeps inventory and bookwork, but jokes that she’s “not allowed to run the baler.”

She’s most appreciative of her family and the hard work, long hours and sacrifice they put in together as a team. She strongly believes there’s no better place to raise a family.

“You couldn’t find a better person on the farm, helping me,” husband Gary says.

That’s a pretty good endorsement for an ex-townie.