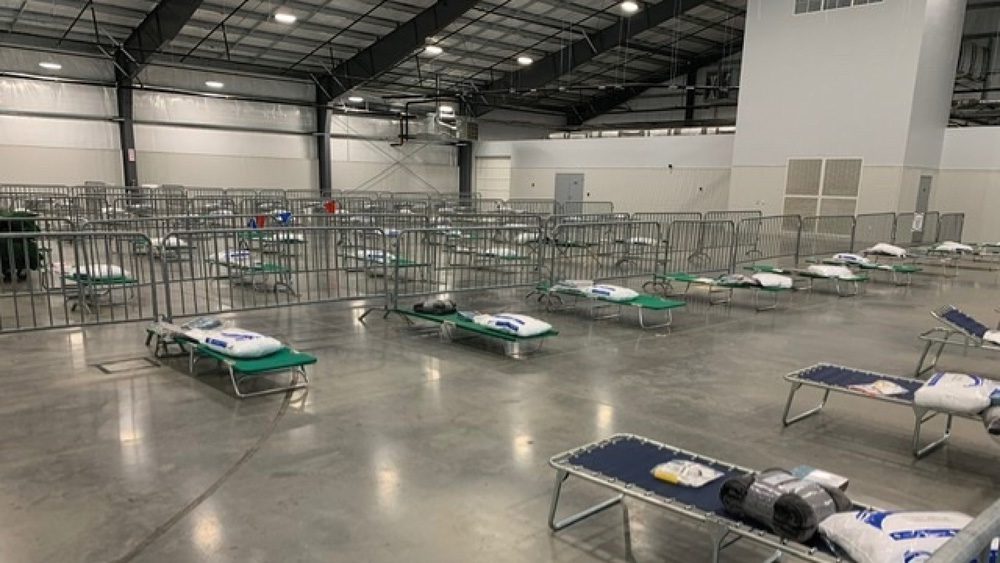 Will Your Fairgrounds Be Inhabited by the Urban Homeless

Guess what? 2020 ended, and it’s not over. As per every other year since time began, our lives and problems spill over onto the next calendar year.

A Situation We Never Anticipated

Last year saw a spate of agricultural events, shows and fairs either disappear or undergo significant adjustments due to COVID-19. Masks made their insidious appearance in show rings. Judges and staff tried to comply with mandates, and exhibitors struggled to breathe. 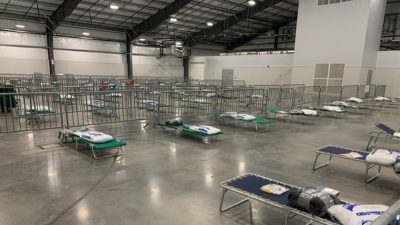 Our current pandemic will continue to pester and annoy yet again, and 2021 holds even greater challenges.

A combination of the pandemic and homelessness has seeped into rural America’s life in a way none of us could ever have imagined. All of us in the Plains states were mildly aware of the homeless problem, mostly located in California. We watched the news and were glad to be so far removed from the disgusting mess.

This is no longer the case. California’s problems are moving to our back door as other states are following their bad example. City governments, overrun with homeless encampments and the attached COVID issues, have found a great place to relocate their unfortunate – county and state fairgrounds.

Historically, fairgrounds nationwide have been employed for emergency facilities. Forest fires, floods and earthquakes displace people and animals alike. Local and state fairgrounds are dispersed conveniently over our entire country and make adequate, clean and safe places for temporary relocation and recovery after natural disasters.

When we think of fairgrounds, we think of fairs. However, these places are used heavily year-round. Community functions such as wedding receptions, reunions, symposiums and shows of every kind (flowers, quilts, dogs, cars) keep the grounds occupied, often every weekend. Many events are booked more than a year in advance. These events pay bills, provide employment and maintain a healthy venue for the community.

Many fairgrounds in California have been taken over by several legal methods. Since they operate financially independent of taxes, their abrupt cessation of income means a permanent end of their fairs and events.

Mayors and city councils in urban areas, inundated with thousands of homeless, are desperate to rid their streets of tents and garbage. Fairgrounds in rural communities, located far outside these urban landscapes, are appalled at the prospects of homeless and their social ills invading their farming communities.

Farmers and ranchers are sitting ducks. Large urban areas have a lot of political power. Rural people typically don’t complain, and most fairgrounds seem havens for this situation. What do they have? Large, well-ventilated buildings, adequate restroom facilities, showers, kitchens and access to food. Some buildings are used to isolate COVID patients, some are secure facilities housing abused women. Even smaller fairgrounds are provided FEMA trailers by the federal government to park on site.

Los Angeles has bused thousands of people to the California State Fairgrounds (Cal Expo) in Sacramento. San Francisco homeless have been bused to the Stockton fairgrounds, far from the Bay area. Local residents are mortified. There is an estimated 4,000-plus homeless population in Oakland looking for a place to land; if you are curious, Google “Oakland, Calif., homeless.” According to World Population Review, California ranks first in 2021 for homeless numbers. More than one-fifth of the country’s displaced find themselves in the Golden State because of liberal drug laws, inaccessibility to mental health resources and inadequate, expensive housing. As of this writing, the California homeless count numbered 151,278.

The problem is expanding; the Fairgrounds Nashville began housing homeless and COVID patients in late March 2020. By November, taxpayers had spent more than $2.5 million in fencing, security, food (three catered meals per day) and medical care for sheltered guests.

It was a difficult task finding enough people to question for this article; several I spoke to declined to be interviewed, fearing they would lose their jobs. Most indicated an intermingling of problems related to COVID and the economy, and California’s liberal mindset.

Richard Jacobsen is a Le Grand, Calif., retired ag teacher who serves on the local high school board, where he taught for over 30 years. He was also the sheep superintendent at the Cal Expo in Sacramento. Jacobsen first expressed concern about school shutdown mandates and virtual learning. The failure rate in his classes and across much of the school system is 20 percent. Youngsters are hard pressed to sit and watch a computer screen all day, and their parents are so weary of the pandemic, they may not care whether these kids finish their classes.

“Society and parents have accepted a bad attitude,” Jacobsen says. He is now trying to “recover” these students.

Hispanic families have been hit the hardest by COVID-19, with multi-generations living under one roof, and a high incidence of diabetes.

As for the takeover of fairgrounds, Jacobson worries about the loss of emergency services during forest fires. Additionally, closures and social distancing mandates have caused fairgrounds’ revenue loss, resulting in financial stress. He predicts many will have to sell. Jacobsen is grateful that the county facilities have received some relief from the federal CARES act, which is the only thing keeping them afloat.

He is fearful that our way of life and traditions will fade away with the closure of fairs, as sports and other activities have generated so much money that fairs cannot compete.

Ron Brandt is past manager of the Merced County Spring Fair. He says that COVID-19 is shuttering fairgrounds across the state. Three years after Paradise, Calif., burned to the ground, the Chico County Fairgrounds is still housing displaced families living in FEMA trailers, and, once the homeless are moved in, they cannot be moved off public property. Brandt says the overload of homeless in these rural communities is overwhelming and breaking the backs of public services. Those on drugs (“Out-of-Luckers”) and the mentally ill often cannot be helped.

“Generations worked hard to make California great; it’s a shame to see ‘luckers’ and illegals take it all,” Brandt says.

Greg Ahart is vice president of sales at Superior Farms, Dixon, Calif. He has been instrumental in helping keep junior show programs alive in the increasingly blighted state.

In 2020, a remarkable thing began to form, giving one faith in human nature.

In the middle of the pandemic, many junior shows, open shows and ag events shut down across the nation. Private citizens and aggressive, open cities stepped up to fill the void, donating time, money and sometimes their front yards so kids and livestock producers could show their livestock. It happened everywhere, and these shows hosted a few head up to thousands.

After the National Western Stock Show was canceled, Oklahoma City picked up the time slot in January with a Cattlemen’s Congress, hosting livestock folks who would have normally gone to Denver. It was reported as a rousing success.

The Junior National Hereford Expo was moved on short notice to Kansas City last summer, and went on without a hitch. It is the largest purebred junior show in the United States.

Some national expos proceeded as close to normal as possible. The American Royal in Kansas City and North American International Livestock Exposition in Louisville, for example, went on with their livestock shows, restricting attendance, requiring masks and asking (or begging) for social distancing on their loudspeaker systems.

Locally, many Extension-sponsored summer shows that were canceled were picked up by parents, breeders and friends of agriculture.

Some states, less encumbered by COVID restrictions, were places of great relief and family activities as farm kids were able to get together with each other and their livestock.

An example of “Plan B” is the cooperation of American Indians in California. Their reservations, being sovereign nations, are not affected by federal COVID mandates. Many have excellent facilities and are happy to welcome events such as livestock shows that are unable to take place in other parts of California. The Rolling Hills Casino and Resort in Corning has been particularly gracious in hosting livestock events. It is owned by the Paskenta Band of Nomlaki Indians. Last August, they housed the California Youth Expo, a show to compensate for the loss of the Cal Expo.

A major private show, “The Show,” will be held for sheep exhibitors in Sparks, Nev., in June. It will be held at the Nugget Casino and Resort. Ahart, who is one of the responsible parties for organizing the event, says the show will compensate for the loss of so many fairs in California and is entirely funded by sheep breeders for their junior customers. More than $130,000 has been raised thus far. It will be a terminal show, giving kids a venue to end their annual projects.

Thanks to the private sector, there’s still some hope for our stock shows to recover. But one take away from this experience is that California Gov. Gavin Newsome and former Gov. Jerry Brown have removed all funds from California fairs, to the anger of the rural community. It has had a crippling effect on the state as a whole, and the rural population in particular. Hopefully, the rest of the United States can learn a lesson from California and avoid their sad situation.