Fire Up the Grill 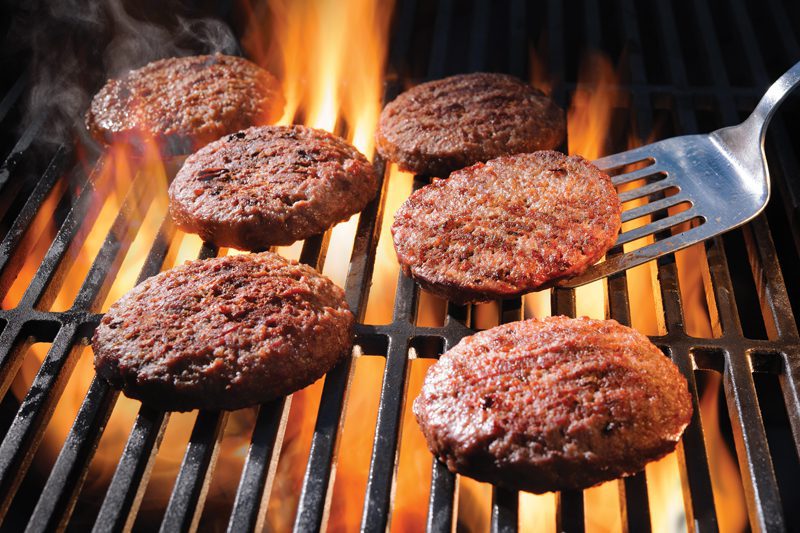 There are few silver linings to the COVID-19 cloud that darkened the world over the past year. For the cattle industry, there is at least one: despite the pandemic, consumers still love beef.

And while statistics show that all beef continues to be in demand, ground beef has been a particular bright spot, says Shawn Darcy, senior director of market research for the National Cattlemen’s Beef Association (NCBA). “It’s something consumers continue to stock up on,” he says. 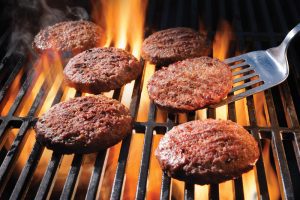 According to Darcy, during the summer 2020, 50 percent of consumers said they were buying more ground beef for at-home meals. Furthermore, ground beef sales are a menu staple in foodservice, even in a down year – both in quick-service and full-service meals. (Quick service meals have been the primary driver for ground beef.)

Retail has been key, however. “Our retail sales have been astronomical,” Darcy says.

Data suggests these trends should continue into 2021, Darcy says. “About 84 percent of meals are now being eaten at home, and we don’t see that changing a lot in the near future,” he says. “Because of the pandemic, the importance of versatility and convenience increased considerably in 2020. Consumers want quick and easy meal ideas, and ground beef delivers on that.”

Since ground beef is considered a good value with lower cost, ground beef “is one of the staples that consumers will continue to rely on,” according to Darcy.

Ground beef is about 50 percent of beef pounds sold, but represents 40 percent of the dollars. When beef is in the basket, more than half of the time it’s ground beef. When it comes to ground meat, poultry or plant-based products, though, beef has the category about wrapped up: ground beef has 86 percent of the market share.

And it isn’t just burgers for the grill. While grilling does drive the summer peak demand for ground beef, seasonal variation generally remains within plus or minus 6 percent, according to IRI/Freshlook. Whether it’s for tacos and burritos, meatballs for spaghetti sauce, casseroles or any number of other meals, ground beef fills a need. Research shows ground beef is used in 60 percent of beef meals.

But again, ground beef is a lower ticket beef item. Consumers buy it because it’s convenient, tasty and versatile, but also because it’s inexpensive. Does its popularity alone make it worthwhile for the U.S. cattle industry?

When first named public relations manager for Monfort of Colorado in the late 1970s, I was given a tour of the company’s massive 325,000 pound-per-day ground beef facility in its Greeley, Colo., packing plant. Following one of the managers as he described the operation I passed a huge alcove filled with pallets stacked with boxes proudly proclaiming, “Product of Australia.”

“Why are we selling so much Australian beef?” I innocently asked the manager. He gave me a withering stare probably reserved for the ignorant or incredibly naïve. “We’re not selling Australian beef,” he answered icily. “We’re increasing the value of our 50/50 trim.”

For a company that fed and processed about 600,000 head of cattle a year, that was an important distinction. Monfort was indeed producing some of the world’s highest quality beef, but the cuts also resulted in trim that would either need to be enhanced or sent for use as tallow. Since tallow wasn’t worth much and there weren’t enough cows, bulls or lower quality cattle to be obtained domestically to make the product lean enough, the decision was made to import lean product that could be mixed with trim to be sold as frozen burgers for quick service restaurants.

Today’s leaner cattle produce trim that is about 55 percent lean, but that is still less than the 70 percent minimum lean requirement for ground beef. Since the quantity of domestic cow and bull meat is still not sufficient to meet demand for ground beef in this country, and since there is little sense in grinding higher value cuts to provide it, significant amounts of beef are still imported. That makes sense to most people in the U.S. cattle industry.

In fact, it has been estimated that more than 70 percent of beef imported is destined to domestic ground beef production. In 2020, beef imports from Australia and New Zealand alone amounted to 1.2 billion pounds, most of it lean product destined to be added to U.S. trimmings for burgers and ground beef, and processed beef items, such as hot dogs. (Overall, more than 3.4 billion pounds of beef was imported in 2020.)

Much of the ground beef being produced by Monfort back in the 1970s was being made into individually quick frozen (IQF) patties being sold to Burger King for its increasingly popular Whopper line. Ironically, 40 years later, that line of burgers would take a 180 degree turn to include something that contained no beef at all – domestic or imported.

In the spring of 2019, both Burger King and Carl’s Jr. introduced fake beef burgers in their restaurants from Impossible Foods and Beyond Beef, respectively. Other independent restaurants had been featuring fake meat products on a limited basis. Millions of dollars were poured into television and social media advertising promoting the burgers by the two quick-service giants, with huge reactions from media pundits. (The advertising is no longer featured prominently. See related story.)

Even politicians got on board. In August of 2019, for instance, Colorado Gov. Jared Polis, whose partner, Marlon Reis, is a vegan, urged the Colorado Department of Agriculture to explore how Colorado can produce meatless options, going so far as buying agency researchers Burger King Impossible Whoppers to try. Reaction from the animal agriculture community was swift and aggressive, since beef is by far the largest segment of the state’s $40 billion agriculture industry.

Though it is still widely touted by many in the press, fake beef isn’t much of a competitor yet. NCBA’s Darcy says the products have less than one percent of ground sales, and only .41 percent of share when compared with all other animal-based products.

If their projections are to become reality, consumer preferences will need to change dramatically – or government intervention will need to be applied. Demand shows consumers are not yet sold on replacements for good old-fashioned ground beef. While nearly half (48 percent) of consumers say plant-based meat definitely or probably should be part of a healthy diet, a whopping 70 percent of consumers believe conventional meat belongs in one of those two categories.

According to a 2019 survey conducted by NCBA’s Consumer Beef Tracker, when ranking sources of protein, 33 percent of consumers ranked beef as one of the top three. Four percent ranked plant-based meat substitutes in the top three.

Furthermore, even people who eat these meat alternatives eat traditional beef products at a really high level, he says. When retail stores added meat alternatives, about $11.5 billion was added to the meat department. Meat substitutes constitute 1 percent of that; 50 percent of the increase has been beef.

Makers of fake meat products were bragging that in a nine-week period up to May 2, 2020, retail sales of their products had soared 264 percent, or a whopping $25.7 million, while retail sales of traditional meat had only risen 45 percent. That increase, of course, would amount to $3.8 billion, or about 147 times the increase in fake meat sales.

Producers of fake meat, which has been more expensive than traditional products, have expressed their hope that prices of their products could be lowered to more competitive levels. That’s advisable, since research shows consumers are willing to pay more for animal proteins in restaurants than for plant-based substitutes – the products they are intended to replace. At Burger King, the Impossible Whopper commands a nearly $1 premium on the traditional burger.

But not even those who aren’t confirmed carnivores are sold on the pseudo “solution” to eating beef. John Mackey, CEO of Whole Foods, has said he considers plant-based burgers “ultra-processed junk foods,” while Chipotle CEO Brian Niccol has said fake beef products “wouldn’t fit in our ‘food with integrity’ principles because of processing.”

Apparently hard-core vegans aren’t all that pleased, either. In November 2019, Burger King was sued by a man from Georgia who alleged the burger chain duped customers into eating Impossible Whoppers without telling them the patties were cooked on grills that also cooked traditional Whoppers. The strict vegan said the product, therefore, “was covered in meat by-product.” The suit is pending.

Nutritionally inferior, environmentally suspect and tasting nothing like the real thing, fake beef has a lot of ground to cover. But it isn’t difficult to see why companies want to try. Ground beef is embraced and enjoyed widely by consumers throughout the country. As those consumers are exposed to the whole story, they’ll be even bigger fans of the meat they have come to love.