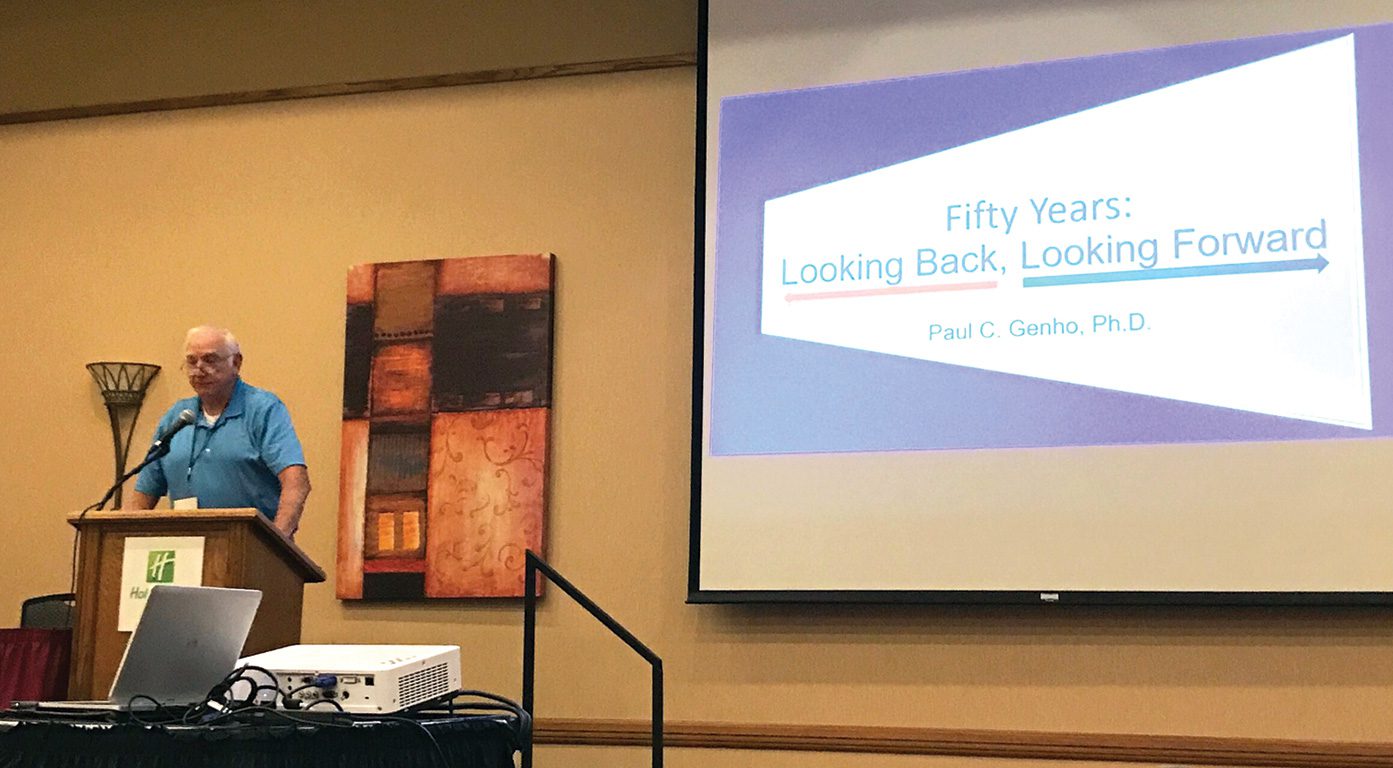 Ag Enthusiasts gathered at the Agricultural Economic and Technology Summit on June 13-14 in Kearney, Neb. Trade and marketing were popular session topics applicable to both the crop and livestock sectors of the industry.

To kick off the conference, Michael Swanson, Ph.D., a chief agricultural economist at Wells Fargo, shared his marketing expertise during the conference’s opening session titled “The Global & Domestic Agricultural Economy.” Swanson reminded attendees that the U.S. has a dominant role in the global agricultural economy. As the top producer of grains in the world, Swanson recommends that U.S. producers continue to turn the country’s excess grain into protein.

“Why?” he asked. “First you compress it; you take five or six pounds of grains and turn it into one pound [of protein]. It’s a lot easier to ship one pound of protein than something else. And what’s more important, you create a value-added product,” Swanson said.

This value-added process of turning a commodity into a product benefits everyone involved in the U.S. agricultural chain.

Swanson reminded attendees that all meats compete with one another. Over the last 40 years, pork has grown by 2.9 percent, chicken by 5.5 percent and beef by 1.1 percent. “Beef isn’t an oversupplied commodity in the global market. That’s good news,” he shared.

Swanson explained that pork and chicken can be produced anywhere in the world if there’s feed for those types of livestock. “Cattle are another issue,” Swanson said.

The need for specific feeding practices give U.S. cattle producers a unique opportunity to raise a high demand product in the global economy.

A breakout session by Jim Robb of the Livestock Market Information Center titled “Livestock Market Drivers & Outlook” explored the rally of the cattle market at the beginning of this year. Robb explained that the market rebound had nothing to do with supply, but rather domestic demand, both domestic and foreign.

“We had a domestic demand profile that’s been phenomenal, and it’s really shifted positively since 2016,” Robb said. He’s never seen demand like this during his career.

According to Robb, since there was high demand, meat was moving through the system, the prices were working, and the packers started buying aggressively because of high margins. “Feedlots began chasing feeder cattle so [their] price went up. The last time this happened was the fourth quarter of 2003,” Robb explained.

To end the information-filled day, Paul Genho, visiting professor at University of Florida and former manager of Deseret Ranches and King Ranch, shared his opinion about the future of agriculture in his session titled “50 Years: Looking Back, Looking Forward.”

This growing middle class means increased beef consumption. “I’m predicting within the next 20 or 30 years that the Chinese will eat more American beef than Americans,” Genho said.

The conference’s second day kicked off with producers Norm Klug of Preferred Popcorn and Joel Weber of Weber Feedyards sharing their experiences in the panel discussion “International Trade & Nebraska: On-the-Ground Experience” moderated by Mat Habrock of the Nebraska Department of Agriculture.

As a fourth-generation feedlot operator, Weber shared how international trade has affected his feedlot. “One of the reasons we’ve been able to expand and grow our business in the last 10 years is because of our ability to adapt,” Weber explained.

He believes that adaptation is key and is crucial to produce a product that the customer wants worldwide.

Weber has experience using a PVP program to send beef to Japan. On the heels of the recent decision to send U.S. beef to China, Weber is investigating how his operation will adapt to China’s specifications. “As we come into more of a global economy, I look forward to raising products that are considered the top in the world,” Weber said.

Other topics at the conference ranged from weather challenges to risk management, ag data utilization to water-use technology, and nitrogen management to farm and ranch finances.