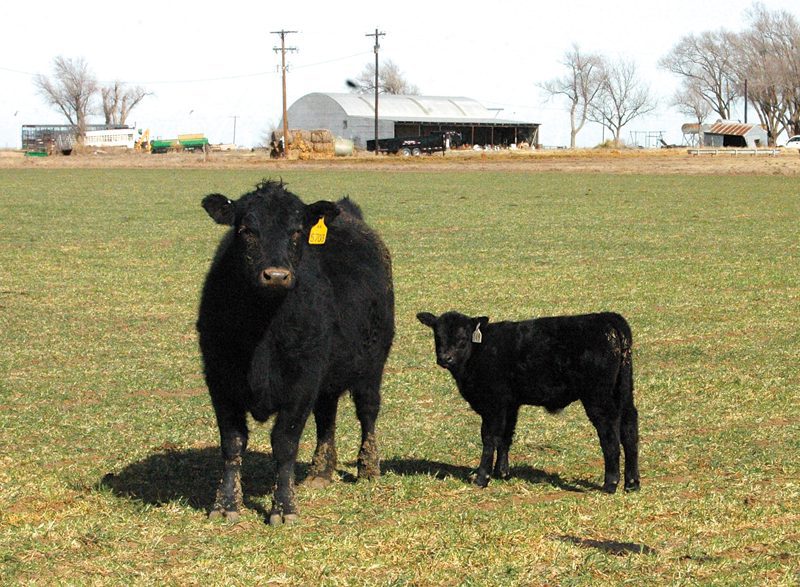 Will It Work in Today’s Market?

With the forecast for higher cattle prices this year, most cow-calf producers will likely sell their calves and hopefully enjoy a little profit. If they have proven genetics and are preconditioned and vaccinated, there’s greater profit potential. Another option is retaining ownership of calves through the feedyard to help take advantage of their full value to packers and retailers. Whether or not to retain ownership (RO) depends on several factors. Calf prices, feed prices and cattle genetics are the keys. And the continued drought in the Southwest and whether those dry conditions creep toward the Midwest will impact all decisions.

Major herd liquidation like that seen in the drought eight to 10 years ago will impact all cattle markets, says David Anderson, Texas A&M University Extension economist. “Does the drought resemble what we saw in Texas and Oklahoma a decade ago, and does it expand into the Corn Belt to hurt feed crop yields and force much higher feed costs? Those are key questions heading into 2022,” he says.

Profit potential can vary for any set of calves or pen of cattle. In mid-January, fed cattle were trading in the $135 to $138 per hundredweight (cwt.) range. For cattle placed at 750 lbs. six months earlier, the typical closeout in the Southern Plains showed a profit of about $3 to $4 per cwt., or about $40 to $50 per head. For cattle placed in mid-January, there was a projected loss of nearly $7 per cwt., or $100 per head, based on higher feed costs.

Mid-January feeder cattle sold for about $165 per cwt. for six- to seven-weight steers in Oklahoma City. Five-weight calves brought about $185 per cwt. There was a little profit there, depending on cattle quality and production costs. In all cases, cattle with higher performing genetics and high quality grades at the packer probably generated a premium. Cattle that didn’t perform may have seen lower profit margins.

An RO program often rewards producers of cattle with strong-performing genetics. There is opportunity to capture added value through the production cycle. “I think there is a place for RO this year, but I think it will take a thorough evaluation of your particular situation,” Anderson says. “Cattle performance risk should be a major area for concern in RO, especially if you are new to it.”

The January cattle inventory report was expected to indicate a smaller beef herd. Those tighter cattle supplies will mean higher calf prices, “which tends to mean a cow-calf producer is better off to sell and let someone else feed them,” Anderson says.

“The impact of tighter supplies of calves will become increasingly important over the next couple of years by pushing calf prices higher. Tighter supplies will also force higher fed cattle prices as supplies decline. Given the strong beef demand situation, that allows the chance for even higher prices.”

He says one effect of a smaller cow herd and fewer calves, feeders and fed cattle will be more packer capacity. “That means higher cattle prices and packers have to compete to operate at their most efficient full level.

“So the opportunity is for higher prices. That would suggest more returns to RO, depending on how much of the higher prices are bid into feeder cattle prices.”

The drought situation could impact feed costs as dramatically as it does the lack of forage for grazing. Corn prices, already in the $5.50 to $6.50 per bu. range, could climb.

“Feed costs will play a role in profits this year. Feed cost risk management and protection is important,” Anderson says. “Careful evaluation should be made on the risk of higher prices. Typically, corn prices this high would encourage more acres and ration demand. But high fertilizer and other production costs will cut into those acres.

“While a lot of acres will be planted, the yield risk due to possible drought is important. The risk of drought extending into the Corn Belt is a real one. The drought monitor map looks pretty ominous and long-term forecasts would indicate some risk.”

Feedyards look for calves with strong genetics. Many can provide pastures to extend preconditioning and add pounds before they hit the bunk. Feedyards see it as another marketing opportunity and are often eager to partner with producers interested in RO. There are also opportunities to sell calves other than normal months in the fall, which can see seasonal markets that are lower for feeder cattle.

Of course, producers can contact feedyards that buy their calves to learn how they perform and possibly adjust their breeding program. “However, the signals are clearer if there is a direct economic link between cost of production, the price received at slaughter and the person controlling the genetic make-up of the cattle,” according to information from Iowa State University.

Those signals are clearer when cattle are sold on one of many grids, which provide carcass quality sought by packers for various retail and food service markets.

Another benefit of RO is to determine if your preconditioning program is producing results. If results aren’t what are expected, feedyard operators can work with you to develop a better value-added calf program.

Anderson sees optimism for higher cattle prices. “I think fed cattle will remain in the black later into 2022,” he says. “But again, I would not want to be uncovered on the feed-cost side. Careful evaluation of the profit potential and what kind of risk you can stand is needed.”

Hopefully, dry weather will be replaced by spring and summer showers, which will provide producers with greater options to profit from tighter cattle supplies and strong domestic and foreign demand.

And retained ownership could be an added marketing tool to get more out of your investment in better performing cattle.