Rising to the Calf Challenge 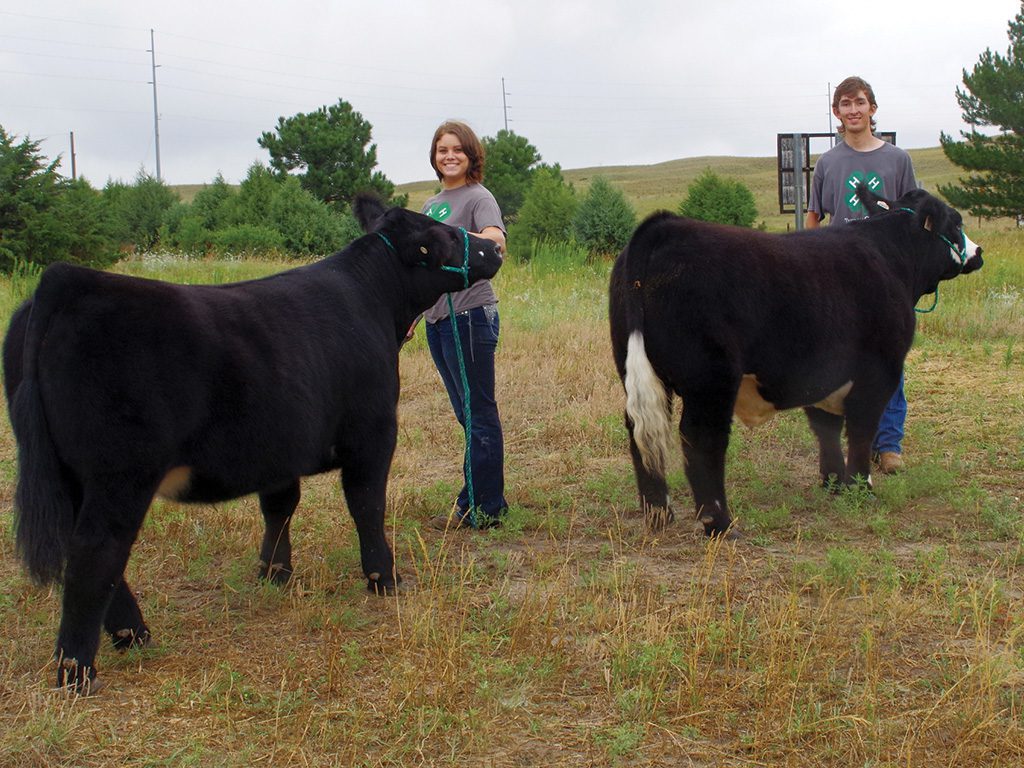 The AKSARBEN Calf Challenge Program, held annually in conjunction with AKSARBEN Stock Show, provides 4-H youth an opportunity to showcase their knowledge of the beef industry and their ability to raise a market steer. Steers are provided by the AKSARBEN Foundation and awarded to youths chosen through an application and skill-a-thon process.

Calf Challenge recipients must have exhibited at the current year’s AKSARBEN Stock Show and have at least one year of exhibiting eligibility remaining. In order to successfully complete the project, participants have several requirements including: correspondence with their assigned sponsor; keeping records to determine the actual cost of raising a market steer; and participation in the 2017 AKSARBEN Stock Show.

What was formerly Catch a Calf, where exhibitors and livestock were put in the arena in a race to become a pair, has evolved into a true educational endeavor. Twenty steers were awarded through the program to be shown at the 90th AKSARBEN, Sept 28-Oct. 1. This year’s show will be held at the Nebraska State Fairgrounds in Grand Island, and not Omaha as in the past 89 years. The move was needed for AKSARBEN to expand and improve

Jentri Sherman, a recent graduate of Thedford High School, and Tyler Rath, 16, Thedford, will show two steers they “won” for this year’s AKSARBEN through the Calf Challenge Program. Both are veteran showmen, not only at the county fair but at the Nebraska State Fair and AKSARBEN.

Thomas County has fewer than 700 residents, so to have two of the 20 Calf Challenge showmen hail from Thomas County is saying a lot for these two dedicated 4-H members.

Jentri plans to attend college to become an ag instructor. Her parents are Steve and Shannon Ahlstrom. Tyler is a home-schooled junior. Besides love of showing livestock, he builds and programs robots through a 4-H project. His parents are Lyle and Judy Rath. Jentri and Tyler are members of the only 4-H Club in the county, Thomas Co. Achievers.