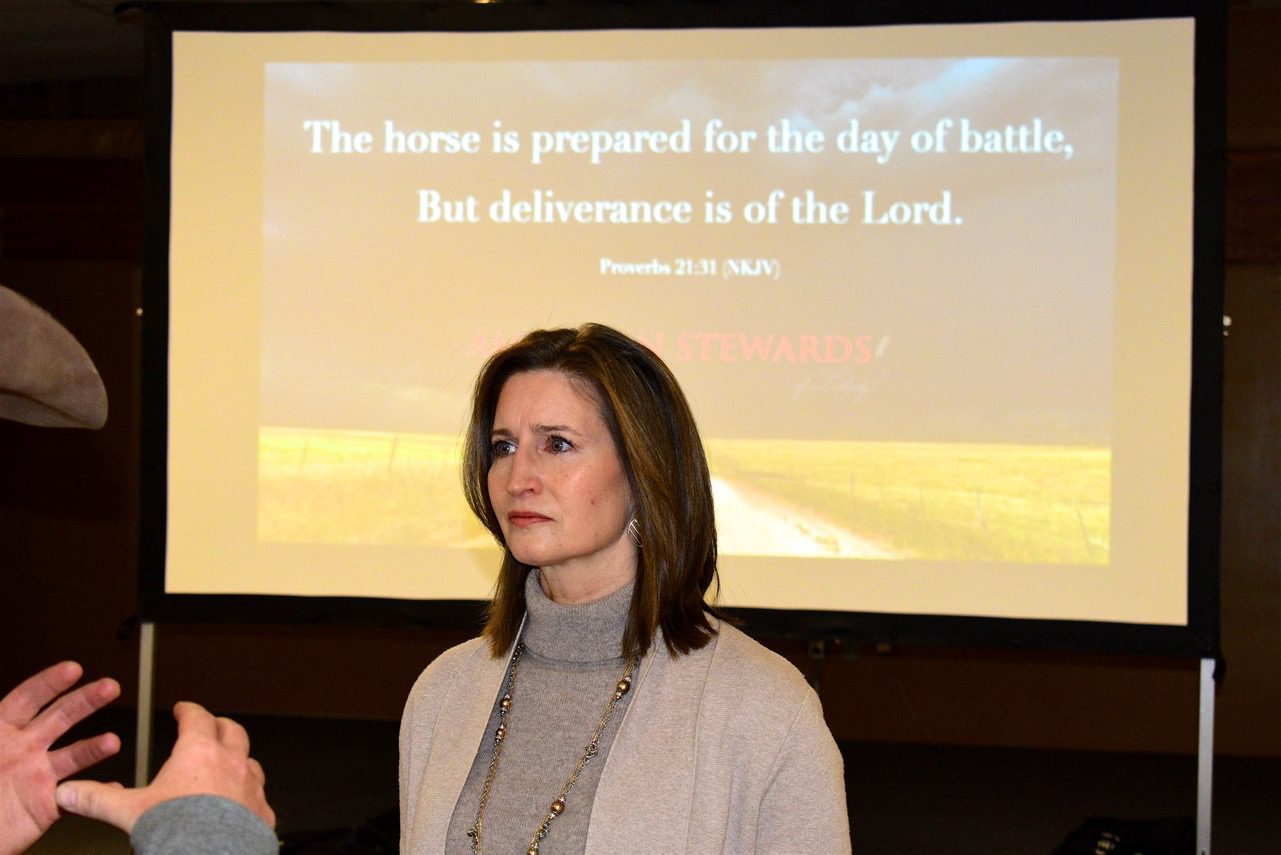 The still lingering “30 by 30” program was described by the Biden administration as a way of “tackling the climate crisis at home and abroad.” But by scraping away the fluff, ag state leaders and private property rights advocates contend 30 by 30 is a fierce effort by radical environmental groups to place private land under government control.

President Biden signed Executive Order 14008 just after his inauguration last year. It set a goal of “conserving at least 30 percent of our lands and waters by 2030.”

Margaret Byfield, executive director of American Stewards of Liberty (ASL), outlined the pitfalls of 30 by 30 while speaking at March’s Southwest Beef Symposium in Tucumcari, N.M.

ASL is a non-profit organization working to protect private property rights and the liberties they secure. Byfield warns producers and other landowners that 30 by 30 is an unconstitutional policy “that moves us from a nation founded on private property principles to one controlled by the administrative state.”

“Stop 30 by 30 Summit,” a forum aimed at toppling the program, will be held on Earth Day, April 22, in Lincoln, Neb. Nebraska Gov. Pete Ricketts will head it. He has stood up to Sec. of Agriculture Tom Vilsack and his efforts to promote President Biden’s 30 by 30 agenda.

Other speakers will be former Sec. of Interior David Bernhardt, and U.S. Rep. Lauren Boebert of Colorado. “Experts are coming together to fight the largest federal land grab America has ever faced,” Byfield says.

“We [ASL] challenge the policies that seek to undermine America’s ability to produce the food, fiber, energy and minerals our nation needs. We confront the radical environmental movement, which believes the administrative state, not individuals, should determine how people use their land.”

Ricketts has been a 30 by 30 opponent from the beginning. He says the 30 by 30 policy “parrots the policy goals of radical environmental groups. For years, environmental groups have sought government support for policies that are harmful to agriculture and a productive economy.

“In Nebraska, 97 percent of our land is privately owned. Getting to 30 percent would require a major federal intervention that would trample on both the state of Nebraska’s sovereignty and individual property rights. Setting aside that much land and water for conservation would also devastate food production, our rural communities and our state’s overall economy.”

Biden’s executive order directs the U.S. Secretary of the Interior, Secretary of Agriculture, Secretary of Commerce, chair of the Council on Environmental Quality and other heads of agencies to achieve the goal of conserving at least 30 percent of American lands and waters by 2030.

Byfield says there are concerns in Congress that this order would add to the many acres of land already under federal control, roughly 12 percent or 289 million acres as of 2020.

Many farmers and ranchers take part in federal conservation programs. However, Byfield says, “it’s not often publicized that programs that pay landowners for conservation activities create a federal nexus to the property, giving the administration an avenue to [further] control the use of private land.”

“Today, we don’t hear as much about 30 by 30, or the America the Beautiful Plan, thanks to how we advocated for principles straight from our policy book,” Duvall says. “Because we shared your [producer] concerns, the administration’s proposals recognize your contributions to conservation. We’ll keep watching like a hawk to ensure their ideas translate to responsible policy.

“America’s farmers and ranchers have enrolled 140 million acres in conservation programs. That’s the size of New York and California combined. We have tripled our use of renewable energy on the farm. And we are producing more with less while protecting our land, air and water.”

Despite less news about the program, the Stop 30 by 30 Summit organizers believe uneasiness remains that Uncle Sam may try to make himself too welcome on your ranch or farm.

Byfield encourages producers to learn more about the issue and to tune into the Nebraska summit. To learn more about ASL and the Stop 30 by 30 Summit, visit https://stop30x30.americanstewards.us/summit#unTMfbArubPZcUourfZMgUYyGARKsQfaM.

“If agriculture stands up and says ‘no,’ this thing [30 by 30] cannot get through,” Byfield says.