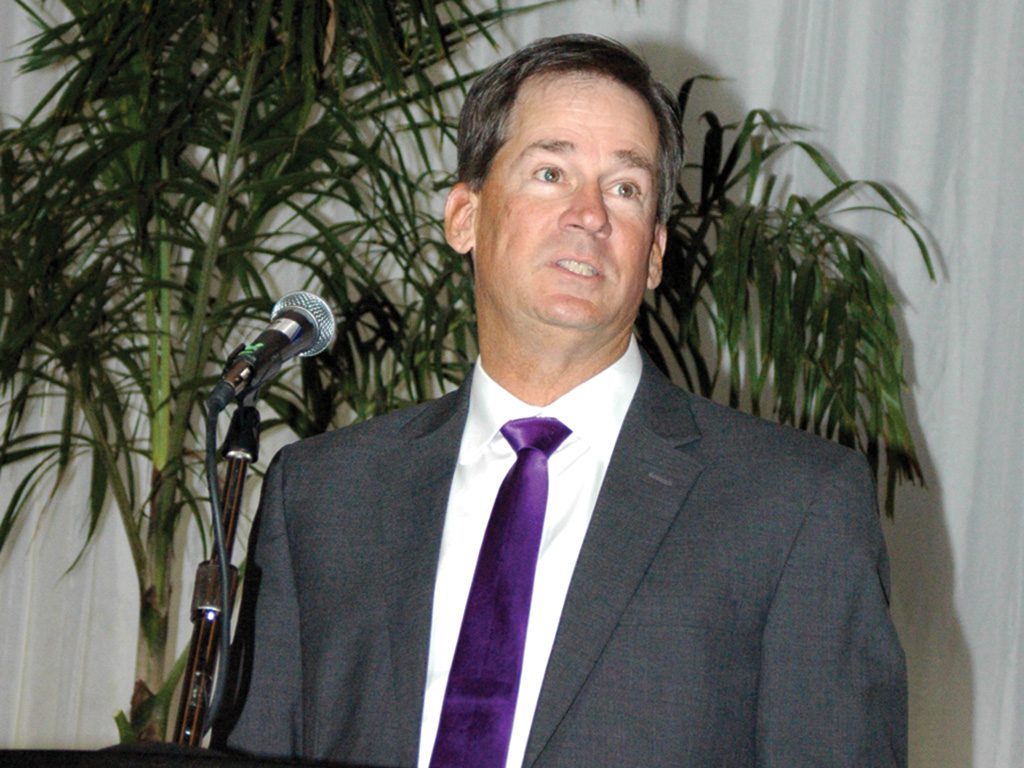 Jim Lovell’s quote echoed the theme of the 50th Annual Convention of the Texas Cattle Feeders Association in Amarillo this fall. With a lineup of speakers ranging from the legendary futurist Lowell Catlett to consumer-group guru Jason Dorsey, the convention attracted close to 700 cattle feeders and others who wanted to celebrate the monumental birthday.

There was a clear message: in an era of immense reliance on social media by Millennials and Gen Z’ers, cattle production and feeding will be greatly impacted by how well the industry masters Facebook, Twitter, YouTube, LinkedIn, Instagram and other probably yet-to-arrive platforms of social media.

Marketing to Millennials (people age 22 to 40) via social media has been a common approach used by NCBA and other state and regional cattle groups the past few years. Nearly every cattlemen meeting or seminar stresses the need for cattle people to use social media to market beef to consumers. Lovell, TCFA’s outgoing chairman with Bartlett Cattle Co., in Canyon, said marketing to Millennials means marketing “to a whole new set of consumers – who have $200 billion in buying power.

“We must find ways to communicate with them,” Lovell said.

NCBA President Craig Uden said the revised promotional campaign, “Beef It’s What’s for Dinner,” addresses areas of interest to younger consumers. Those include how cattle are handled, nutrition, cuts, recipes and cooking. The www.beefitswhatsfordinner.com website has direct links for ease of navigation aimed at giving consumers quick and instant information. Smartphones, watches and tablets are most often their source for accessing those links.

He held up his smartphone and waved it. “This phone has over 30 times more power than NASA had when Apollo 12 went to the moon,” he said, adding that advances in robotics, drones and other machines will help enhance food and fiber production.

“Robotics are used in the manufacture of 50 percent of all vehicles built in the U.S. It’s 75 percent in Japan and moving toward 100 percent. If it can be mechanized it will be.”

Such computerized advances will certainly benefit agriculture as producers, feeders and processors work to feed a population headed toward more than 9 billion people, Catlett pointed out.

That hunger for information is apparent in Millennials and Gen Z – those 21 and under – added Jason Dorsey, chief strategy officer, Center for Generational Kinetics. He said Millennials get a bad rap about being bad on the job. “We are the largest generation in the workforce and out-spend every generation in the U.S., yet Millennials are supposed to be broke,” Dorsey acknowledged.

Millennials are getting older, with many hitting 40 this year. Yet, many remain “uncomfortable in making decisions about food,” he said. “Millennials are the least confident in cooking of any generation,” and rely heavily on YouTube for much of their information.

“Also, Millennials are not tech-savvy like many believe. We are tech-dependent. We don’t know how it works, but we can’t live without it.”

The Gen Z crowd is more like the Baby Boomer generation, Dorsey said, in that they are typically more conservative in spending, and “think they will have to work harder to get anywhere. Their goal is to become self-reliant.”

“Use YouTube to promote what you produce,” Dorsey said.

Long-time beef marketing specialist Michael Uetz encouraged cattle feeders to step up and not take a back seat to other proteins. “We need to take back the protein message – we need to push our protein,” said Uetz, an associate with Midan Marketing. “Protein is at the top of what nutritionists see as important, but they don’t say beef is the main source of protein.”

The new “Beyond Beef” non-beef product is now found in the meat case at retailers. “Beyond Beef has 30 or more ingredients, but has been very successful,” Uetz said. “That is a big challenge for the beef industry. We don’t own protein.”

Transparency continues as a key for beef sales. Uetz said research shows consumers will pay more if beef or other foods “don’t contain what they consider ‘bad’ ingredients.” He added, “natural beef has been bastardized” with different types of production programs, which is bad for the industry.

In further targeting different consumer age groups, he pointed out that 38 percent of Millennials with the new Echo or Alexa-type independent devices “are interested in using them to order food.”

Also, younger consumers are using more services like “Plated” (now available in popular United Supermarkets in the Panhandle-South Plains area), which provides full meals packed in a box or bag.

These “meal kit” programs are growing and are expected to be a $400 million business by 2020, Uetz said. Non-traditional food retailers like Walgreens, Dollar General and similar operations are offering many grocery selections for all types of income groups.

NCBA’s push to “tell beef’s story” one ranch or feedyard at a time should be celebrated by individual producers, Uetz said. “Tell your brand story. Tell others what you have to offer and how you do it. Define your target and the best way to reach them in social media.

“And, don’t forget about Boomers. They need different package sizes and face different health issues. We need to push protein to them.”

He cited various statistics that sound startling in 2017. “In 1967, the population was 200 million, 30 percent of people didn’t have a phone, about 10 percent of homes didn’t have indoor plumbing, and the average life expectancy was 70,” he said.

Now, most of the phones used by the nation’s 325 million people are smartphones, Catlett said, “and the average American lives to be 79. In 1967, vehicles produced more pollution while parked than cars on the road today.

“You could say the ‘good old days sucked.’”

Catlett praised food and fiber producers for their desire to grasp new technology to help produce bigger crops using fewer resources. The cattle industry is producing more beef from fewer cattle on fewer acres, he said, adding that foreign consumers want beef and have money to buy it.

“They have more money and they want to eat more meat protein,” he said. “It will not be done by using (1960s) agriculture – and not with the attitude of ‘I want to see the cattle on the grass. Can you show me a picture of the mother?’

“The highest (food) income elasticity is for beef. It’s the best time ever to be feeding cattle.”

While cattle feeding efficiency has improved due to better genetics, feedstuffs and other technology, leaders in TCFA and other cattle groups have helped associations achieve many production and marketing advances through research and promotion. They also maintain a strong voice in Austin and Washington, D.C.

During the convention, a video was shown honoring past TCFA presidents and chairman. It paid tributes to its past and current CEOs – Lloyd Bergsma; “iron man” Charlie Ball; soft-spoken, yet firm leader Richard McDonald; and current CEO Ross Wilson.

Past presidents and chairmen also discussed TCFA crisis management, which helped offset hard times. They also praised the tremendous value of the association’s strong amount of volunteerism, which has been a TCFA trademark from the beginning.

A keynote convention speaker was The Lone Survivor Marcus Lutrell, a Navy SEAL who miraculously survived a Taliban ambush in the mountains of Afghanistan. “I can put a perspective on what a bad day is and how to get through it,” he remarked, with a half-serious, half-humorous tone.

While telling his story, Lutrell said, “there’s no reason to be late for anything” unless you’re nearly dead.

TCFA has always been on time in helping calm the storm. “TCFA is faith, friendship and family,” Lovell said. “In TCFA, we trust each other like family,” and pulled together to help fellow ranchers during wildfires earlier this year, and later after Hurricane Harvey in late summer.

Its leaders in the past “seized the day” to help get the Beef Checkoff passed, Lovell added, and survived industry downfalls “despite Oprah, the Mad Cow that stole Christmas, and threats from GIPSA.”

He thanked TCFA and its members for their support of his family, saying, “I will remember it for the rest of my life.”

As TCFA begins its next 50 years, look for the association to continue as a leading voice for cattle feeders and beef producers as a whole. Expect its volunteers and staff to carry the ball in battles with animal activists, bad government regulations that infringe on private property rights and other situations that can hurt the beef industry.