The Experience of Beef 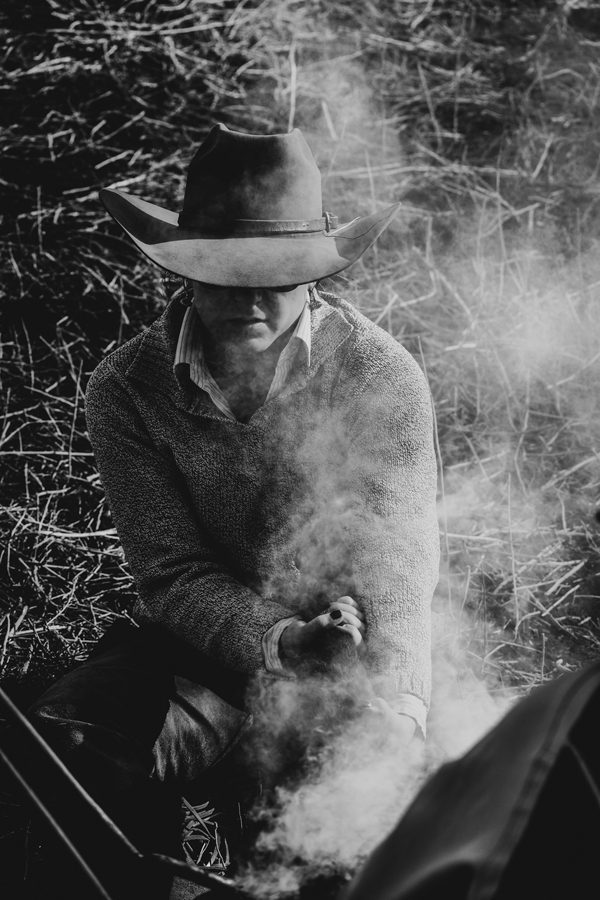 This is the first in a two-part series about the writer’s enthusiastic foray into ranch life.

Beef. It’s more than what’s for dinner; it’s an experience. I look back on some of my favorite memories and they took place over a perfectly cooked steak, a delicious juicy burger or the perfect prime rib. It’s been about celebrations, pomp and circumstance. It’s how we celebrate an anniversary, Christmas dinner, graduations and birthdays. Beef has represented extravagance as much as the ordinary moments in my life. I treasure my memories of learning to flip burgers with my dad, savoring my mom’s chicken fried steak and eating pot roast with my grandparents. As a youngster, one of the first things I learned to “cook” was ground beef. Little did I know that this one skill would be a go-to throughout my life. It’s how I make spaghetti and lasagna. It’s the base for the taco bar we share as a family on Christmas Eve. It is a standby ingredient that never lets me down. What I didn’t fully understand about this key staple was that beef was more than my trusted cooking companion, it was the product of a lifestyle, a livelihood … an experience.

My curiosity about beef, and more so, the cattle and ranching industry, had been triggered several years prior, when I visited my best friend Kelsey’s family ranch. On a frigid, windy Saturday morning, I awoke cozy in my guest bed. This city girl had slept in until 8 a.m. – considered early for many on a weekend morning – but well after the work hour began on the ranch, where lazy weekend hours aren’t observed. Kelsey’s family had been up most of the night. I was shocked to walk outside in search of everyone else and instead found a brand-new calf being blown dry to warm it up while working to drink milk from a large bottle. She was in a bad way. Even though I have terrible allergies, my nurturing instincts took over, and I immediately joined in on the efforts. I got down on the floor, put the calf in my lap, held the bottle, stroking her head and begging for her to drink the milk. In that moment, I understood that this animal was struggling, and it felt right to help it survive.

Later, while processing the experience with my friend and her family, I realized that their frantic effort to save this animal in distress wasn’t only an exercise in humanity, it ran much deeper. The calf was a part of a business, an asset, and its loss represented a hit to the ranch’s bottom line. What I learned that day was that putting beef on my table really is an experience and a lifestyle coupled with commerce.

After returning home from my brief weekend sojourn, I determined that in order to be a truly appreciative connoisseur of the grilled steaks and beef enchiladas I enjoyed, a longer trip to another working ranch was in order to learn more about the business side of raising beef. And what better way to observe this crucial business underlying American cuisine than attending the hallmark activities in the business – the birth and branding of calves?

Heading out of town

Over the years, a friend and business colleague, Doug Ottewill, and I had enjoyed several discussions about the uniqueness of his life. During the standard work week, Doug is in the magazine business. Publisher, writer, editor and content creator, Doug is well versed across his business. He is dedicated to covering Colorado sports of all levels, peewees to pros. But this is not Doug’s only job. During the week, Doug lives in Denver, frequents Denver Nuggets games and can be found networking and selling all around town.

On the weekends, however, Doug retreats to the family cattle ranch in Hugo, Colo. While he is proud of his work in both areas, he is always eager and willing to share the unique experience of ranching with anyone who is interested. Knowing my particular curiosity about ranching and the Western lifestyle, Doug presented me with a unique and genuine opportunity. He invited me to come up for the weekend to experience both calving and branding. I learned that they had a smaller branding planned with the help of their ranch managers alongside neighbors and friends who were willing to pitch in. At the same time, they were welcoming their newest additions, as calving wasn’t about to stop just because a branding was in the works. It was a generous, thoughtful invitation and I immediately accepted.

I had been waiting all week to take on my adventure. Finally, it was Friday. As a perpetual over-packer, my trip to Doug’s ranch was certainly no exception. I had no idea what I actually needed for the trip. I could only imagine based on what I had been told and only mildly experienced. I took multiple pairs of jeans, just in case I might have to “pull a calf” and they got bloody. I took a warm coat, hat and gloves, my cowboy boots and a few sweatshirts, all “just in case.” I didn’t have to worry about driving; Doug, the grandson of the Wither’s Ranch founder and current co-owner, would be my driver and host for the weekend. While loading up the car, Doug was generous and stated that it wasn’t the worst packing job he’d ever seen, which gave me only a slight ease of the mind.

It was an unusually mild winter’s day, with Denver’s gridlock traffic the last thing standing between us and my adventure. Once we hit the highway and saw the traffic in the rearview, it was as though I lost all track of time. The sun was setting, the sky was wide open, and the weekend had begun. Although I was heading out to “work” for the weekend, it felt different; It felt calm and comforting.

Just past Limon, Colo., after turning off the main road and taking the trek slightly out of town, we arrived at Withers Ranch. Founded in 1947 by Texas rancher, Lawrence Henry Withers, this would go on to be a multi-generational ranch, with their first herd in 1948. It was an honor to visit with Withers’ grandson, Doug, more than 70 years later. A view that was once nothing but land and sky for miles now had the same qualities, but was host to neighboring windmills with red flashing lights, an illustration of evolution and progress.

As we drove, Doug educated me on the ranch’s history and explained what we would experience. He talked about his mom’s youth on the ranch, when the “new house” was built, and how he had started working there just out of college. He reminisced about how he learned so much – and still learns – from people who have spent their entire lives on working ranches; people who know much more than he did. He talked about some tough but necessary lessons, and some of the things the ranch does differently now than when he first arrived or even in his grandfather’s day. He described to me how several Texas ranchers moved to the area and purchased land around the same time as his grandfather, many still a staple of this tight knit community. The way he lit up when he talked about the history and legacy of the ranch was humble, proud and genuine. It fit the mold of western lifestyle, the pride of hard work and heritage, coupled with the business side of it all.

Doug went on to explain that we would be branding a smaller group of animals that had been born just a few months earlier. It wasn’t the usual “big branding” they host later in the spring, but would still represent the branding process fully, giving me a very up-close look at one of the first steps of this business. In addition, we would be heading out several times in the night to check the first-calf heifers that were impregnated the previous spring and were ready to welcome their offspring.

A brightly lit house welcomed us as we pulled up, warm and open and ready to provide all we needed to be more than comfortable while working. Once inside, I was welcomed by Helen, Doug’s mother and business partner, along with his sister Marianne and her children. The ranch has truly remained a “family” business. Over dinner conversation, it was easy to see that they weren’t the typical “cowboy” family one imagines. They were metropolitan, but also grounded in their western roots, showing equal comfort in their homes in the nearby city of Denver as they felt at their ranch. They approached my questions with a non-judgmental manner and made all efforts to educate me kindly on their family business and history. This is the type of western lifestyle I had grown up with, and they immediately made me feel at home.

After dinner, a drink and some casual conversation, it was time to check the heifers to ensure that we were on track for any impending births. I had never witnessed the birth of a calf and was excited by the prospect. When it was time for the first check of the night, I put on my specially chosen work jeans, slid into my boots, and grabbed my gloves. We loaded the dog into the truck and headed to the pen. It was a dark, but star-filled night, which meant our only guide was the handheld spotlight and instincts of my qualified host. We entered the pen and walked through the herd to see if anyone was in labor. All first-calf heifers, they were much like me … experiencing their first calving experience.

Although that check proved to be uneventful, I was starting to see what the rest of the night would be like. I was given a quick tutorial on the indicators of labor – both anatomy and behavior. We explored and looked individually at heifers, while also investigating how they were interacting with the herd. I listened intently, as though I would be tested on my education later.

Our next two checks – midnight and 3 a.m. – were once again uneventful. However, at our 5 a.m. check, things were starting to happen. As we entered the pen, one set herself apart from the rest. Doug went into action and quickly and easily adjusted the fences to ensure she had the space she needed to have her calf. Just as he closed off the last gate, the heifer started to run and we heard a big splash. The water bag had broken only feet away. Being that this was her first birth, I had learned that we needed to leave her with her natural, maternal instincts, careful not to distract her and interrupt labor. As we walked away, heading back to the house, I was so excited to think about seeing this mother and child together in the morning.