The Scales of Balance 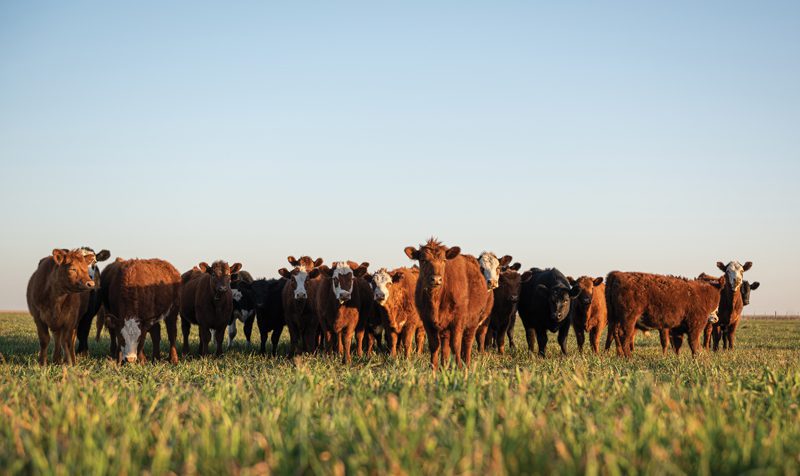 Turbulent times have prompted calls for drastic changes resulting in vast and varied disagreement in the cattle industry. Usually, we’re an industry that can stick together with the “all for one and one for all” mindset; however, it seems there’s only one thing we can agree on these days – the need for better methods of price discovery. While the majority of the industry travels down the same trail in their opinions regarding price discovery, we meet a fork in the road when discussing solutions. From cash price mandates, to negotiated grids, to alterations to the CME futures contract specifications, to cutout-based pricing, methods to better margins for our producers have been proposed, discussed and argued.

The opportunity to do so arose because of the unique situation we find ourselves in enduring the consequences of two Black Swan events – a packing plant fire and a global pandemic within one year. Perhaps it’s no coincidence this discussion is re-emerging, too, because the livestock mandatory price reporting legislation is up for renewal this fall.

So who’s right? Webinars hosted by associations and industry leaders have become a key tool in continuing discussions and all begin with the same goal: What can we do to help our cattle producer constituents?

“The biggest problem we have is that our cattle people aren’t getting a big enough percentage of the beef retail dollar,” Wall said. “We recently set an all-time record for the smallest percentage cattle people are now getting – 14 percent – of the retail beef dollar. We’ve got to do something.”

“My deepest concern today,” Levi said, “is the fact that we are at or below the numbers of the 2017 Koontz study to achieve robust price discovery in multiple states.”

Levi was referencing a 2017 study by Stephen Koontz titled “What Volume of Cash Trade is Needed for Price Discovery?” His study has been referenced extensively of late as evidence mistakenly supporting the need for cash price mandates. So much so that Koontz penned a letter to NCBA explaining that, while his research examines the impact of declining negotiated cash trade on price discovery and proposes needed volumes of cash trade for adequate price discovery, his work does not support any type of mandated cash trade.

“The main issue I have with the policy proposal is that it would cost the cattle and beef industry millions and possibly billions of dollars per year,” Koontz said in his letter. “This is known from research in which I participated.”

Levi supports exploring options that would improve price transparency. “Part of the disparity that Corbitt explains shows us that the 14 percent number is merely a function of bottleneck economics,” Levi said.

“While leverage is important, my focus has always been on bringing price discovery and price transparency to light and ways to improve that.”

One notable proposed price discovery solution currently on the table would involve government intervention with a bill introduced by Sen. Chuck Grassley (R-Iowa) and Sen. John Tester (D-Mont.) requiring a minimum of 50 percent of a meat packer’s volume of beef slaughter be purchased on the cash market and delivered within 14 days (aka the 50/14 proposal). Currently there is not a minimum requirement for cash trade and the delivery requirement is 30 days. Some state cattle associations have passed policy in favor of the 50/14 mandate; some others are supporting a 30/14 formula – all were to be proposed at the Cattle Industry Summer Business Meeting, July 27-30.

Proponents of a mandated cash pricing mechanism argue that drastic times call for drastic measures, indicating that we’ve reached a point where regulations and mandates are needed to save the American cattleman.

Wall is in favor of a mandate, but a milder 30-percent minimum negotiated cash requirement. “I think 30 is enough,” he said. “Yes, it’s less than the 50 Iowa is already getting and it’s a little bit less than where Nebraska is at, but whenever you force your packers that are at 7 percent in Texas and under 20 in Kansas to go to 30 percent, that is going to give a big, big push. It’ll make your packers search for cattle that they wanted to buy on the open market, and many times, especially in Kansas, they would go north into some of your Midwestern fed cattle auctions to fill that mandate.”

An inherent part of the pride the industry takes in raising cattle is in the story of efficiency – we’re producing more beef with fewer cattle, using fewer resources. The driver behind this was innovation. We’re in an industry that, with the exception of environmental regulations, enjoys the benefit of free trade throughout the supply chain, which fostered an environment inspired by innovation. Welcoming government regulations into an industry dominated by “the less government the better” mindset has the potential to create unwanted consequences down the line. Asking for one mandate is like asking for one barn cat – you get one and, in a year, you have a whole inbred herd of them.

Further, should we support movements like these if they’re based on a pathos-oriented motive vs. logic and factual evidence? Levi supports moving forward with ideas that have the research behind them to back them up.

“The grid concept has been studied well, which is part of the reason we’ve seen the gravitation from 80 percent cash to 80 percent grid/formulas,” he said.

“My point is that, if we’re going to mandate something or worry about unintended consequences, we best study or use some proven ideas,” Levi asserted.

In his letter, Koontz agrees. Given the never-before-seen circumstances the industry finds itself in, implementing a government mandate wouldn’t solve the problem.

“It would not address the current market situation in any manner,” he wrote. “The current market situation is due entirely to the supply disruptions at meatpacking facilities – plants are being closed or operated at reduced speeds due to the human health event. Further, there have been disruptions to common domestic trade flows – from delivery to food-away-from-home providers and to at-home food outlets. Additionally, we entered 2020 knowing protein supplies would be abundant most of the year. None of these issues are related to price discovery.”

Industry members more inclined to a “do no harm” laissez fare mindset are pursuing solutions centered around voluntary participation. One example is the “bid the grid” concept Levi is a proponent of.

The idea focuses on using a grid-style marketing strategy for producers in which packers must bid the base price for a standardized grid formulated from the CME live cattle contract specifications. With a main goal of increasing the volume of negotiation in the fed cattle industry, Levi also highlighted the benefit producers will receive for quality carcass traits.

“There’s a reason the market continues to gravitate to receiving premiums and discounts for carcass traits – because they’re being paid for that,” Levi said. “My solution is the ‘bid the grid.’ You get the best of both worlds. Cattle are not committed; they’re up for negotiation; they’re not turned in. Their starting price is a bid-and-offer process no different than the bid-and-offer process for traditional cash.

Levi recommended to the NCBA Cattle Market Working Group that the grid utilize the specs of the CME futures contract with a few nuances.

Wall and Kooima challenged the “bid the grid” idea, expressing concern over packer participation and whether or not producers currently hold enough leverage to pressure packers into implementing this strategy.

Levi understands the skepticism regarding packer participation in any non-mandated program. However, he supports communicating with packers regarding programs that would work for them, which some state cattlemen’s association have been doing. And he said NCBA reported to the working group that all four packers “are extremely interested in” a standardized grid with standardized specs.

Wall, Kooima and Levi all agreed there is a need for change to ensure a sustainable business environment for current and future cattle feeders.

“I think there’s one thing we can all agree on – it’s that instantaneous information is extremely important to all our constituencies and peers,” Levi said. Instantaneous dissemination of information throughout the supply chain will enable producers to better leverage themselves in the marketplace.

Among alternative price discovery ideas, including modifying the CME futures contract specs and boxed beef cut-out-based pricing for live cattle, the biggest concern is how to enforce implementation without creating a government mandate.

“When you have the biggest market disruption going all the way back to the Nixon price freeze – and we are still in the fire today, the market has not calmed down – the smartest thing the industry can do is absolutely nothing. Continue to debate, continue to study these issues, but don’t go in there as emotionally charged as this market is and try to make policy changes.

“Let the waters calm and then take up these policy decisions again.”

While there may not be a single golden fix to our current situation, our industry is in a unique situation with scrutiny coming from consumers and government into our supply chain, prompting the opportunity for action if we strike while the iron is hot. However, industry members must first stick to their roots and work together to come up with a solution that will minimize negative consequences for and promote the sustainability of future generations of cattle producers, keeping in mind emotions need to be disregarded while creating new policy for our constituents. (We can all agree that Prohibition was probably a bit extreme, right?)