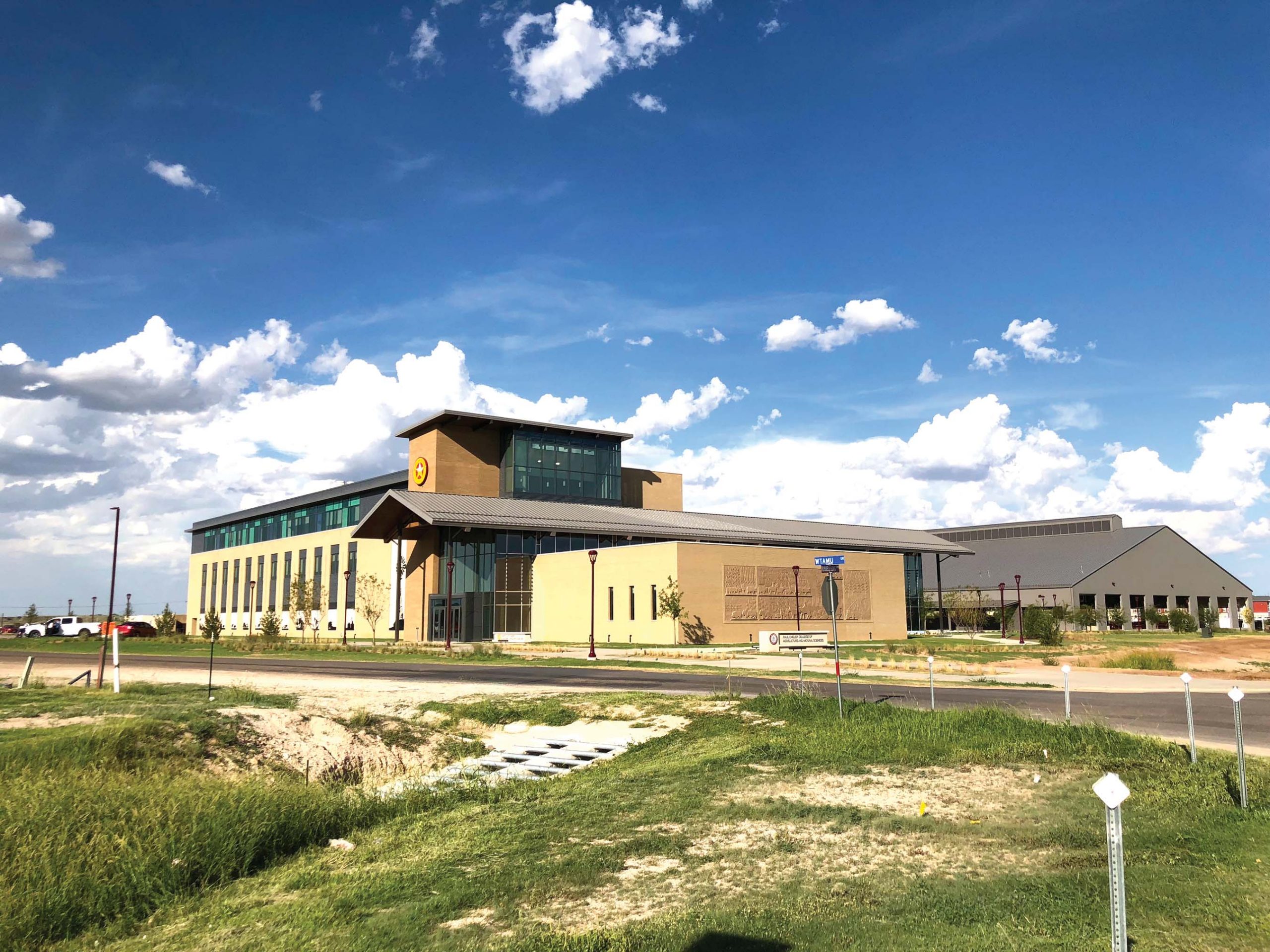 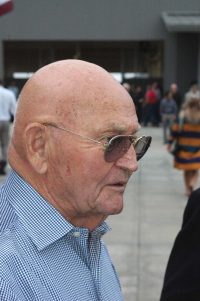 Those words were from the late Dean Hawkins, Ph.D., in the fall of 2016. As dean of the West Texas A&M University (WTAMU) Department of Agriculture and Natural Sciences, Hawkins joined several hundred for groundbreaking ceremonies for the new $48 million WTAMU Agricultural Sciences Complex.

Hawkins passed away earlier this year, but his beloved words were proven more accurate than ever in late August. That’s when WTAMU ag students from across the Panhandle area and from coast to coast were welcomed into the magnificent complex of classrooms, laboratories, study rooms, advanced research facilities and an adjoining arena to house the university’s many livestock events.

They are part of the Paul Engler College of Agriculture and Natural Sciences, renamed after Engler, who last fall presented WTAMU with a gift of $80 million to be used equally by the WTAMU agriculture and science education.

On Sept. 7, WTAMU held a ribbon cutting that officially opened what could easily be called the “Palace of Panhandle Agriculture.” Dignitaries from Texas A&M University in College Station, Panhandle state legislators and senators, and regional government, agricultural and academic leaders joined the celebration.

John Sharp, chancellor of the Texas A&M System, said WTAMU may now boast the finest facilities for ag education in the state of Texas. “In 2011 this complex was put on the drawing board,” he told more than 1,000 who attended the ribbon cutting. “But this is only the beginning.

“What you have here is a meat lab and a complex that’s as good, maybe better, than exists in College Station or anywhere else in the state of Texas, or for that matter, anywhere in the country.

“What will follow is the Texas Veterinary Medical Diagnostic Lab, which will move here [from Amarillo] and be next to the professors and next to the students, and a veterinary educational and research lab.

WTAMU President Walter Wendler, Ph.D., said the WTAMU ag and natural sciences school has seen growth that has demanded this work for over a decade. “We at WTAMU strive to meet the needs of the industries we serve,” he said. “A better example may not exist than the Paul Engler College of Agriculture and Natural Sciences.”

Wendler applauded Russell Long, Ph.D., and Pat O’Brien, Ph.D., past WTAMU presidents, for their efforts in promoting a significant growth in agricultural programs. He also saluted Hawkins and his leadership in making the new ag complex a reality.

“Dr. Hawkins was instrumental in the creation of this facility and securing the largest gift in the history of WTAMU [the Engler Foundation gift of $80 million]. Dr. Hawkins’ legacy will always be the part of WTAMU. He will always be in the hearts of faculty, staff and students he graciously served here.”

Among the many WTAMU faithful attending the ceremonies was Bob Robinson, Ph.D., former director of the Texas A&M AgriLife Extension centers in Amarillo and Lubbock, and now a WTAMU professor emeritus. He holds degrees from WTAMU, Texas Tech and Texas A&M, and spearhead much of the additional fundraising needed for the ag complex.

“I’m extremely proud and extremely thankful for the many people who stepped up with generous donations,” Robinson told CALF News. “This is just bricks and mortar. It’s not going to change our culture. This college is very work-related with our students, which helps them get jobs on the other end. It also will allow us to serve a larger ag industry throughout the Panhandle and this part of the U.S.”

He added that Ty Lawrence, Ph.D., WTAMU animal science professor, was named WTAMU’s first Engler Professor. “He is a national world leader in meat science and he designed the meat lab. It is state of the art,” Robinson said.

David Lust, Ph.D., also a WTAMU animal science professor, said the meat lab includes a processing floor that can handle what would equal one truckload of cattle per day, or about 35 head.

It can also handle sheep and pigs to help students learn the process. In anticipation of larger beef carcasses being harvested in the industry, Lust said the lab can handle up to a 1,500-pound carcass.

With the utmost in meat safety in mind, the meat lab contains a cleaning cabinet that uses a pre-inversion wash.

“Before a carcass is opened, it is washed with a cool steam to wash and cook the outside of carcass to kill bacteria,” Lust said. “WTAMU is the only university in the U.S. to have this type of system.”

The lab also has an advanced processed meat program and maintains a retail store from which students, faculty and the public can purchase various cuts of beef, pork and lamb.

The lab also houses the WTAMU Beef Carcass Research Center, which since 1992, has provided a service that measures the data of beef carcasses for packers and processors across the nation. The data is widely used by producers, feeders and beef processors to help identify quality in carcasses and ultimately live animals.

The meat lab is named after its biggest donor, Caviness Beef Packers, Inc. Other regional agribusinesses have also been major contributors to the ag complex. Large and small classrooms are named after key donors. They include the Johnny and Jana Trotter Lecture Hall and a Micro Beef Technologies classroom.

The ag multipurpose complex has some 150,000 square feet of lecture and learning space. Its main building is named for Happy State Bank, a major contributor to WTAMU and the Panhandle region.

The complex is adjacent to a major arena to host horse shows, ropings, rodeos, equestrian and other equine events. The arena will include the Piehl-Schaeffer Pavilion for the showing, handling and evaluation of animals at the collegiate level, as well as for 4-H and FFA horse and livestock judging contests.

Dr. Lance Keith, head of the WTAMU Department of Agricultural Sciences, said the Panhandle “is all about supporting WTAMU and about supporting agriculture. But this building does not define WTAMU ag.

“It is a tool for what we do. What happens in this building is what makes WTAMU ag what it is. Our job is to teach and educate our students about research that benefits our community and our industry and provides services to help make this a place they want to live.

“The academics our students receive here includes immersing our students in the industry every opportunity we get. This building is set up to do that.”

That’s what Dean Hawkins envisioned. And he was surely smiling down on WTAMU as the ribbon was cut on what he knew would help WTAMU expand its reputation as a national leader in agricultural education.