By Will Verboven, Contributing Editor 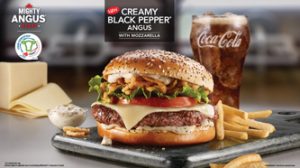 Recently, there was a flurry of media announcements from Canadian cattle producer organizations, the Canadian Roundtable for Sustainable Beef (CRSB) and McDonald’s Canada touting the creation of a new sustainable beef production framework.

The announcements tried to explain what the framework meant – they are production and processing standards that include more than 60 indicators across five principles for beef sustainability, all of which will be subject to on-site auditing. Beef meeting those standards will be eligible to be sold under an official CRSB certification label/logo. McDonald’s Canada will begin using such certified beef in its Canadian Angus beef hamburgers. That claim will be made if the certified sustainable beef meets at least 30 percent of the content.

It all started four years ago with a pilot project using the existing Canadian beef-industry-sponsored “verified beef” program as a basis. It morphed into the CRSB standards, which included additional things like social responsibility – loosely defined as safe working conditions, supporting local communities, recycling and energy efficiency. One is perplexed as to how social responsibility makes a better burger, but then this exercise is more about social license – that much-sought-after privilege that apparently allows producers to humbly offer (sustainably produced?) food to the over-indulged consumer.

As exasperating as that approach may be, big retailers and fast-food chains have become captives of such trendy politically correct whims and are browbeaten by self-appointed consumer lobby groups and the social media monster into capitulating to even the most-inane consumer delusions about food.

Be that as it may, the Canadian cattle industry did the right thing and took the initiative to lead the “sustainable beef” movement in order to have some influence on its direction, intensity and timeline. They brought into the roundtable process special-interest groups like Ducks Unlimited, the Nature Conservancy of Canada and the World Wildlife Fund; all helped the CRSB legitimize its quest to obtain social license – at least from such mainstream lobby groups.

The CRSB standards that evolved from the pilot project have shown to be not that onerous for producers. Most standards, particularly those connected to codes of practice, were already in place, with others requiring fine tuning. But obtaining CRSB certification requires an auditing process, and that will cost money. Some feedlots and processors are already receiving premiums for CRSB-certified sustainable cattle and beef. How long that will continue is the question.

One hopes that the CRSB certification label/logo that McDonald’s Canada and others will be using in their marketing and promotion campaigns will be subject to a user fee. That would cover some of the program’s administration and auditing costs.

Marketers/retailers regularly pay user fees to organizations that offer certification for a variety of purposes. Just look at the organic and seafood sectors. Most of their products feature a multitude of certification labels/logos from various groups that all charge fees to the retailer/marketer for their use.

If McDonald’s Canada is a true believer in the CRSB sustainable beef program and wants to use it as part of their marketing program, perhaps they need to pay a penny for each Canadian Angus burger sold under the CRSB label. The millions of dollars from that small fee will go a long way toward paying for program costs and reduce the burden on cattle producers. Or is that bit of fairness too much to expect?

But what about that hidden agenda that I believe the retail/fast food sector secretly want to extract out of the CRSB concept? Upon the media release about the CRSB sustainable beef certification program, a Canadian Broadcasting Corporation radio reporter interviewed the highly respected CRSB chairperson and prominent Alberta rancher Cherie Copithorne-Barnes. Within a minute she was asked whether sustainable beef included a ban on the use of antibiotics and steroids in beef production (it does not).

It was clear that the urban media and probably most city consumers equate the word “sustainable” as meaning beef without those health and production supplements. There is no way of getting around that consumer perception, and I expect the marketing brain trust at McDonald’s Canada clearly knows this reality.

I expect sooner or later the big players will put pressure on the CRSB to amend its sustainable principles to include a ban on antibiotics and steroids. It’s already happening with chicken, eggs and pork that many fast-food chains are buying.

I suspect for beef we are just waiting for the other shoe to drop. For the American cattle and beef industry, this new Canadian beef marketing initiative may be a forerunner of things to come in the United States, particularly if one of the main proponents is McDonald’s.