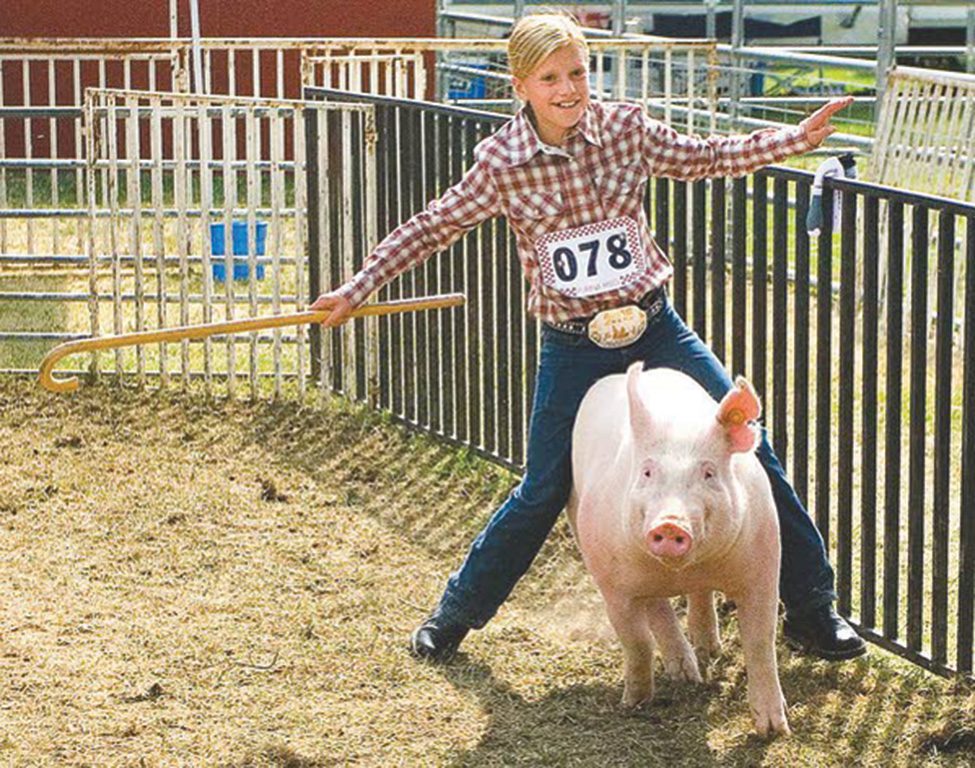 The women stood in line. Her eyes stared vacantly. Her face was gaunt. A thin film of dust covered her clothing. The weight of the world lay on her shoulders. She was muttering under her breath. A fly touched her cheek. She brushed it off, unthinking.

“So, how’s it going?” I asked, interrupting her quietude.

“Clint just showed his pig; Tanya can’t find the sheep clippers; and Justin’s rabbit was disqualified ‘cause it had a black toenail.” 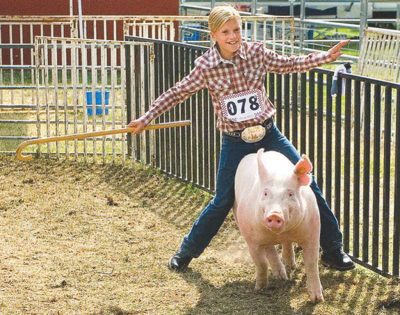 “How much longer you think the hog judgin’ will go on?” I asked.

“Ten or eleven. Who knows? It doesn’t matter because we’ve got to be here to close the petting zoo for the night.”

“Look out!” I shouted as a loose pig shot by her blind side followed by a sweaty boy with sawdust on his pants and a number flapping on his back.

She didn’t pay it any mind. She looked past me.

“Tanya. Where have you been? I told you to check with me at 8:30. You need to work on your lamb. I don’t know who has the clippers; borrow somebody’s. Where are you going? You check with me at 9:30!” The last two sentences were spoken to her daughter’s disappearing back.

She turned and spoke to the two kids manning the Purple Circle 4H Club Food Booth. “How’s the ice holding up? Set out more cups.”

I drifted back to the bleachers to watch the hog judging. It looked more like kids and pigs at the Ice Capades! Only a parent would be able to match the careening swine with their pursuing herdsman.

I saw the judge pick his way through the melee and award a purple ribbon to a beaming teenager. The man next to me applauded.

“Your daughter?” I asked.

“No,” he replied. “That’s mine in the red shirt with the Hamp. She really tried. Practiced showing him at home for weeks. He needed a little more weight, I guess. I know she’s disappointed but I’m proud of her.”

I spotted his daughter. She stood with great dignity near the fence, pig at her side and watched the ribbons being passed out. She looked to be about 10. In time the judge approached her and handed her a yellow ribbon. She broke into a wide grin, reached down and patted the pig.

Dad nearly knocked me off the seat with his clapping!

“Congratulations,” I said after he settled down.

“Yeah,” he said with a silly smile on his face. “That’s what county fairs are all about … kids.”