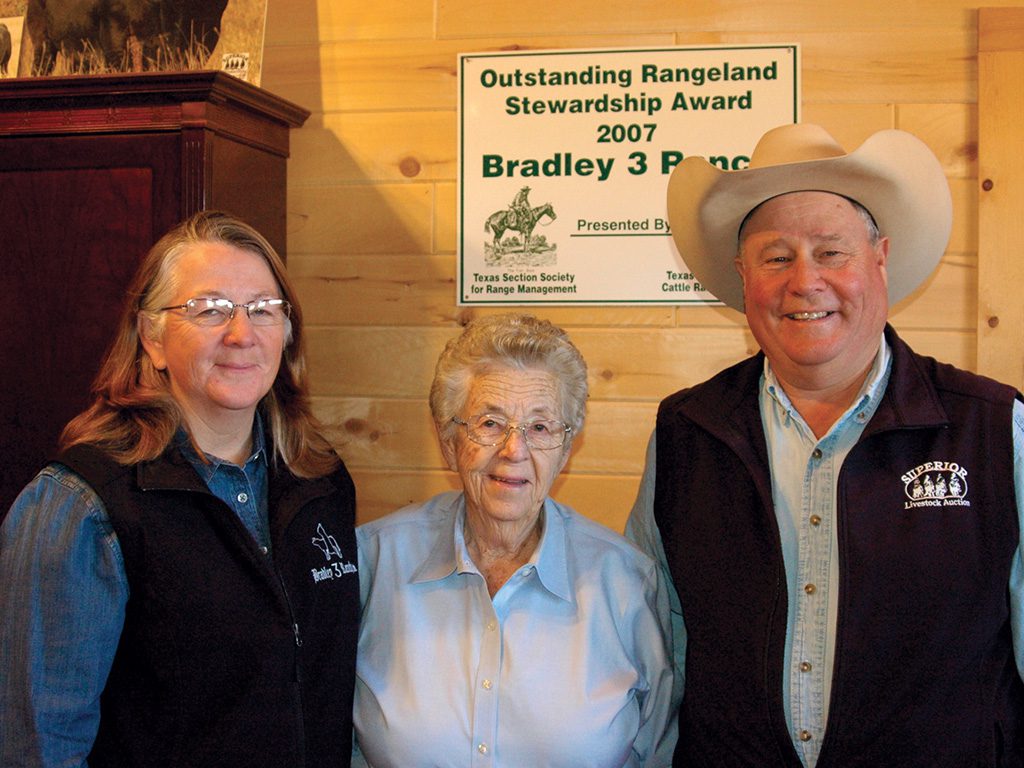 By Larry Stalcup, Contributing Editor
Some argue that the Texas drought of 2011-2014 was worse than the herd-killing one in the 1950s. Minnie Lou Bradley has survived both. Her daughter Mary Lou and son-in-law James Henderson braved the most recent drought with her. Together, the trio is into the ranch’s 60th year of selling prime Angus bulls. The Ahlquist and Ebert Families Threading the Needle

By Patti Wilson, Contributing Editor
Most farmers and ranchers who have navigated the stormy waters of generational transition will tell you it’s like threading a needle in a dark room – very difficult, with the likelihood of getting hurt.