Do You Have Your CHAPS On? 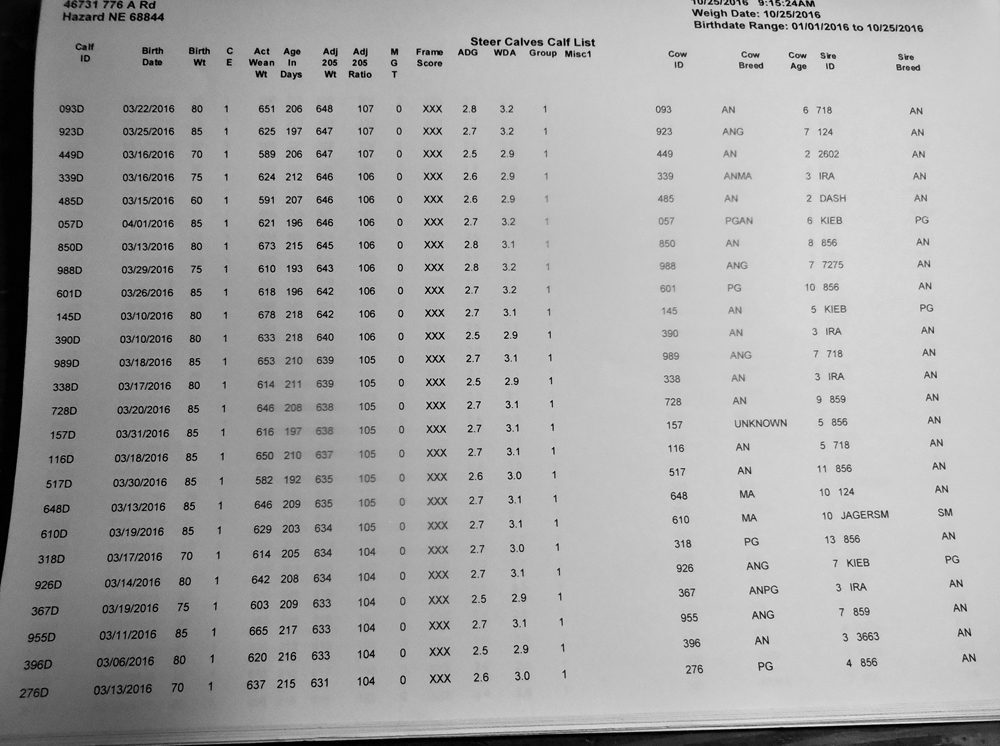 Commercial cattlemen can be left in the dark about the goings-on in their cow herds. I am not talking about female bovines ransacking the neighbor’s cornfield in the middle of the night; I’m referring to the performance that they are either contributing to or taking away from their ranching or farming operations.

While purebred associations across the board have provided a plethora of genetic information to their members, many commercial producers still struggle to keep extensive pertinent data on individual performance. That is not to say there’s a lack of availability to cowmen out there. Several programs are available via computer or tech-based methods. 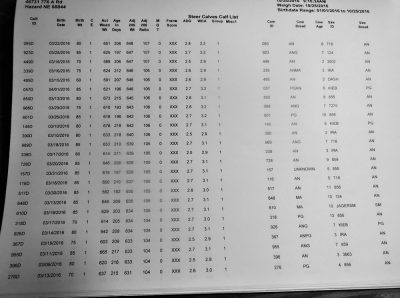 All the same, I see a whole lot of people who are most comfortable with pencils and paper, and I am one of them. We need assistance or guidance when deciphering which cows and bulls are excelling or failing in production.

My own experience with this conundrum led us to enroll in the CHAPS program years ago. It changed our cow herd for the better in a short amount of time.

Initially formed in 1963, Cow Herd Appraisal Performance Software (CHAPS) was the brainchild of the North Dakota Beef Cattle Improvement Association (NDBCIA) and North Dakota State University (NDSU) Extension. They recognized a need to improve the beef cattle industry through direct work with producers. Their founding mission was the collection of data on cow-calf operations.

In 1985, NDSU Extension assisted in developing and implementing the CHAPS software program. Kris Ringwall, NDSU Extension livestock specialist in western North Dakota, was instrumental in the development of CHAPS as it is used today. The structure and organization he provided contributes to its ongoing success. Ringwall stayed with CHAPS until his retirement in 2017.

You can imagine the work it took to provide continual upgrades, as technology moved at the speed of light. In 2000, CHAPS took a giant leap by going to a Windows-based program. Employing the moniker CHAPS 2000, the basic program is still in use today. It monitors not only cow-calf numbers, but can also provide data on cattle all the way through harvest for those fortunate enough to receive this information from packers.

Lee Tisor, research specialist at Dickinson Research Extension Center, is in charge of running the guts of this program. He works directly with cow folks like me and is a wizard at deciphering the thousands of data points provided each year.

In the past, Tisor has had a good chuckle with me on his abilities to put this data to use. I personally would fill out the program on my home computer and send it in via internet. He would always call me later to iron out all my self-inflicted mistakes. A more patient man was never born. Tisor once shared that many of his CHAPS clients snail mail him papers written out chute side. Whether it is lined notebook paper or the back of matchbook covers, Tisor can translate.

CHAPS has always been thought of as a program made for commercial use, stemming from the fact that most of us do not have easy access to a purebred alternative. Not so, anymore. Now, many purebred entities can use it, adding another dimension to their records.

Where Has It Gone?

Cow herd sizes have grown larger over the years, with fewer producers. Recently, numbers have been up to 60 herds and 17,000 cows. The average herd enrolled in CHAPS numbers 300 and the maximum is 1,000 head.

Although Ringwall probably wrote some articles promoting his creation, most customer expansion has taken place by word of mouth. States included in the client base are Iowa, South Dakota, North Dakota, Nebraska, Minnesota, Montana, Kansas and Massachusetts.

It is my personal observation that several purebred programs have data on so many traits that your basic commercial producer can’t or doesn’t have time to decipher them all. If you want to be confused, look at some dairy numbers. Their data exceeds all others in a mindboggling skill set.

CHAPS, however, stays within the NDBCIA standards and has not added many more traits. It calculates only information that is supplied by the producer – mostly reproduction, calving and growth. It is not intended to be a “cause and effect,” only to regurgitate data provided by the client. Therefore, management and genetic impact are evaluated.

Where Is It Going?

CHAPS has been maintaining its basic program since 2000. The next step is turning it into a web-based app. It is an overhaul, maintaining the core functions of the original program. It will enable the system to be used at home by subscribers in an easier way, and will have chuteside capability.

A phone app will also be available so your calving book can be stored in your pocket. You will have access to information on all cow records in the field, and, if you wish, eliminate the transfer of records from paper to computer. This method has become the “comfort zone” for a younger generation of cattlemen.

Of course, you can still send your papers in to Lee Tisor.

Cost for the software program is a one-time charge of $300. If Tisor enters the data via paper into the program, there is a $1-per-head fee. The web-based app is a $100 annual subscription.

Do you think your cow herd is really remarkable? We did, until we received our first benchmark report. It summarizes averages over all enrolled CHAPS herds each fall, so you can compare your cattle to everyone else’s. A herd is included in the benchmark report if it has at least 50 cows enrolled for three consecutive years. The report is figured over a five-year rolling average. It reports progress made in rates of pregnancy, number of live calves born, percent of calves weaned, birth weight and weaning weight.

We found out our herd is satisfactory in production, but the benchmark report is guaranteed to keep your feet on the ground.

“Regardless of the operation, keeping detailed records is not a fun task, but one that should make the information work for you, so you can see the results of your management,” he says. “Keep the end in mind.”

Carlson is based in Fargo, N.D., and attained his master’s degree and Ph.D. from the University of Nebraska. Carlson enjoys his job because it enables him to interact with great people. You can reach him at zachary.e.carlson@ndsu.edu or (701) 231-1884.

Keeping detailed records should not be a hard job. I can guarantee it leads to a more successful operation, and keeps you “out of the dark.”