Considering the outbreaks of tuberculosis (TB) in two South Dakota beef cattle herds in the past year and a half, it is best for all of us to be aware of some facts about this inconvenient disease. The first step is, of course, to drop any denial on our own part and acknowledge that this does happen.

Thanks go to Nebraska State Veterinarian Dr. Dennis Hughes and the Nebraska Department of Agriculture for significant input in this article via the Nebraska Cattlemen’s Convention. 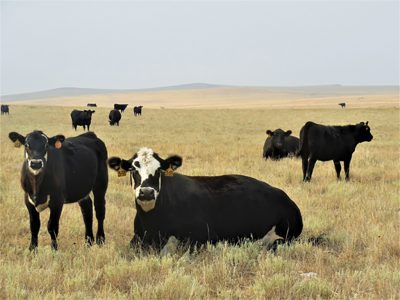 In February 2017, Dr. Hughes got an unwelcome phone call from his counterpart in South Dakota. They had just discovered a new TB-infected herd in Harding County.

The 580-head herd had a significant infection rate of 9 percent. The operation they were from had been involved in cow-calf production, and had sold feeder calves to feedlots and heifers for breeding. In addition, the family was involved in rodeo and possessed roping steers. Whole-genome sequencing revealed a Mexican strain of TB M. bovis.

To make matters worse, some of the heifers sold for feeding had been resold and diverted into breeding programs, to the great consternation of the aforementioned veterinarians. Preliminary research revealed that Nebraska has received many traces from the infected herd.

A second discovery of TB-positive stock in Tripp County, S.D., broke in December 2017, doubling the efforts of state veterinarians to corral the disease. It quickly spilled traces into Wheeler County, Neb.

Resolution of the outbreaks is progressing well, but incidences of the disease continue.

Bovine TB is a chronic bacterial disease that will occasionally affect other species of mammals. It can be spread to humans, making it a zoonotic illness. Infection to humans is generally done by inhalation of airborne disease particles or ingestion of unpasteurized milk. Reservoirs of infection may be found in wildlife, making TB eradication extremely difficult.

Spread of TB from cattle to humans is most likely to occur on large dairies where cows are confined and human contact is close and constant. Likewise, cows can contract TB from dairy employees, as well. It has been suggested that undocumented immigrants who have not undergone standard health screening have likely brought the disease into California dairy herds.

The consumption of unpasteurized (raw) milk by humans is also more likely in heavily populated dairy states; it is seen as an option by some fringe consumers as the ultimate health food. This practice is a bad idea, namely because the purpose of pasteurization is to kill multiple, potentially deadly pathogens found in raw milk.

Saying that wildlife serve as reservoirs of infection is painting with an extra-wide brush. Each country has specific mammal populations that make it nearly impossible to completely eliminate TB. To no one’s surprise, white-tailed deer are the most notorious TB carriers in the U.S. It’s easy to see why they are a probable reservoir for beef cattle. Canadians deal with infected bison and elk, and New Zealanders with brush-tailed opossums. African, Asian and Middle Eastern nations suffer the largest and wildest group of TB carriers, making it nearly impossible to manage the disease.

The most interesting pool if infection is in the British Isles. England and Ireland are home to, it seems, a large population of badgers, who are notoriously elusive and dangerously infected. Over 40 percent carry the bacterium, suffering little or no effects of TB while spreading it through contamination of cattle feed. Efforts to “cull” a large portion of these government-protected pests are being thwarted by animal rights activists.

Due to effective control programs, TB has nearly disappeared from domesticated animals in several countries. Constant vigilance is always needed, as most mammals are susceptible.

The hardy bacterium can survive for weeks or months in the right environment. The waxy spores favor cold, dark, moist conditions. Pastures can harbor the malady within its grasses, and feed bunks within its ground hay.

Cattle may take months to incubate TB, making the cattle feeding industry virtually immune to any problems. Fed cattle are harvested at a young age, before the bacterium gets a foothold. Like BSE, TB is likely to be found in older animals. Once active, it is most likely to inhabit the respiratory tract. The good news is, healthy animals with vigorous immune systems are most able to fight off TB bacterium with no additional help.

For the unfortunate few producers who are found at risk of harboring an infected herd, cattle are tested by the respective state veterinarians. Quarantined herds will include fenceline contact neighbors. Usually, an injected tuberculin skin test is taken from under the cow’s tail in the caudal fold. A positive result is indicated by swelling, a reaction to the injection site, at about 72 hours post-injection. Positive-testing herds are offered a buy-out from the government, and cattle are sent to harvest. Those owners opting out of buy-outs remain quarantined and continue to undergo regular testing until they are clean, a process that takes years, if it happens at all.

In the U.S., very few cases become symptomatic. They are usually caught by routine testing, or more likely, by packing plant inspection. Tracing the path of this and other diseases is one reason why some in the industry are encouraging mandatory use of electronic ear tags.

M. bovis is quite resistant to disinfectants. Harsh chemicals such as formaldehyde need a long contact time to kill the waxy bacterium. It will succumb to moist heat (250 degrees) if exposed for a minimum of 15 minutes. No effective vaccines are currently available.

The take-home message for us beef producers is don’t take this disease for granted and limit the mixing of purchased cattle, especially breeding stock. If you’re quarantined, you won’t be able to sell any livestock until you’re cleaned up. Will it break your operation? Your neighbors will be unhappy with you because they’ll be caught in the same fix. TB is out there, and if you are caught in the TB trap, the repercussions are enormous.