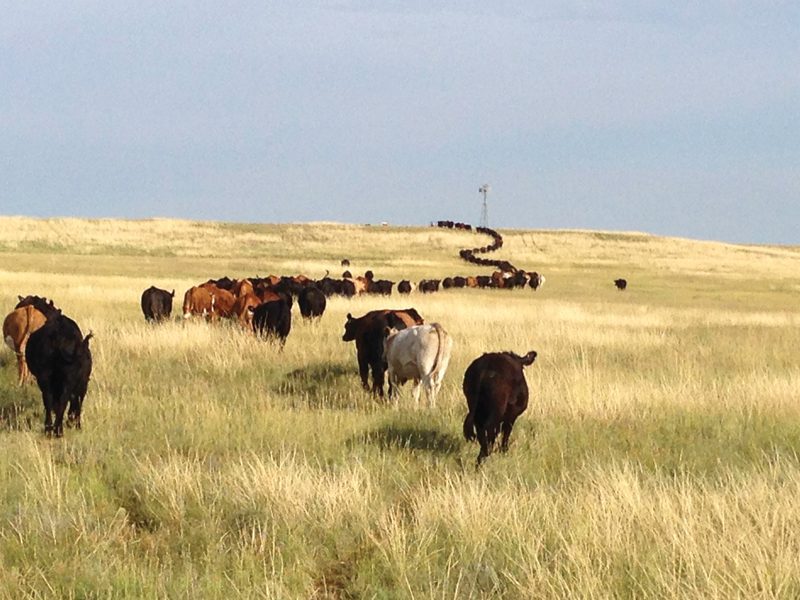 The Rhetoric Around Cattle’s Contribution to Global Warming is Changing

Can beef cattle production in the United States be a solution to global warming? Yes, says  Frank Mitloehner, Ph.D., air quality specialist at the University of California Davis.

How he arrived at that conclusion involves a combination of chemistry and common sense. 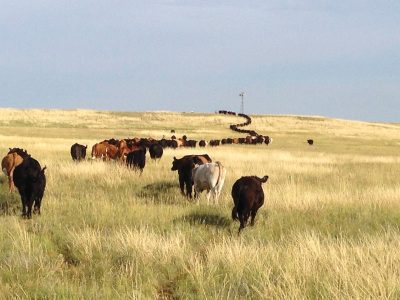 There are three main chemical compounds that cause the atmosphere to warm. They are methane, carbon dioxide (CO2) and nitrous oxide (NO3). For beef producers, methane is the main concern because cattle produce enteric methane as a normal course of digesting roughages. Or more accurately, methane-producing microorganisms in the rumen produce the gas that cattle and other ruminants exhale. Manure and urine are also methane sources.

In fact, methane is our No. 1 environmental issue, Mitloehner told members of the Colorado Livestock Association (CLA) at the group’s recent annual convention. While the data around global methane production have been misrepresented to show cattle as the No. 1 culprit in methane production, that’s not the only reason methane is a concern and an opportunity for beef producers.

There are several reasons the data aren’t being reported correctly and are being misrepresented. The first is that methane production from cattle is often reported on a global scale.

That misrepresents the amount of methane produced by cattle in the United States, Mitloehner said.

“It’s estimated that 70 percent to 80 percent of all greenhouse gases from livestock globally stem from developing countries,” he said, adding that methane is the main greenhouse gas associated with livestock production.

The reason for the imbalance is that cattle in developing countries are generally on a much poorer diet nutritionally than cattle in developed countries, especially the United States. The lower the nutritional quality and the higher the roughage, the more methane cattle exhale, he said.

Then there’s this: The methane emitted by cattle is recycled every 10 years. In the case of methane, radicals are the friends of beef producers. That’s because radicals in the atmosphere destroy methane.

Globally, 558 teragrams of methane are produced, “and that’s where the media normally stops reporting,” he said. However, 548 teragrams are destroyed as a normal course of the carbon cycle, meaning methane production is essentially a zero sum process.

Carbon dioxide stays in the atmosphere for 1,000 years, he said, and nitrous oxide hangs around for 100 years. “The lion’s share of greenhouse gases emitted by the United States are associated with the production and consumption of fossil fuels – oil, coal and gas,” he said. In short, we’re extracting carbon that has been stored underground, burning it and sending it back into the atmosphere.

That means the CO2 is additive. When a soccer mom drives the kids to soccer practice, the gasoline she burns produces carbon dioxide, which goes into the atmosphere. When they go to the game, more CO2 is produced. But the CO2 from the earlier trip is still hanging around. It doesn’t go away. Methane produced by ruminants does go away.

Then there’s carbon sequestration, which is nothing more than plants performing their daily photosynthesis workout. This carbon, taken from atmospheric CO2, remains in the soil as food for the soil microorganisms. That is, until the soil is disturbed, by tillage for instance. Then the carbon is released back into the atmosphere.

For 20-plus years, a mathematical process called GWP100 has been used to estimate the amount of greenhouse gases being released into the atmosphere. Problem is, GWP100 only considers the amount of methane produced. It doesn’t account for the fact that methane is recycled in the 10-year carbon cycle.

To remedy that, scientists at Oxford University developed GWP* or GWP Star. This formula takes into account both the production and destruction of methane in regard to actual global temperature change. “These colleagues from Oxford estimated that the current way we are quantifying methane (GWP100) overestimates the impacts of methane by a factor of four,” Mitloehner told CLA members.

Game changer. Cattle can change the game even more, Mitloehner maintains. Here’s how.

In California, regulators mandated that dairies achieve a 40 percent reduction in methane by 2030. But rather than using the big stick of regulatory punishment, they dangled a carrot of financial incentive. Dairies are paid $200 per ton of CO2 captured.

Dairies capture some of the methane by covering their lagoons, Mitloehner said. It’s then converted into RNG, or renewable natural gas, and sold as fuel for semis. “Our dairy industry has reduced its carbon footprint by 25 percent,” he said.

Beyond that, ongoing research is looking at feed additives that can reduce enteric methane, what’s burped out by cattle, by 10 percent to 50 percent

What’s more, you don’t have to live in California to participate. “You can cover your lagoon and sell your low carbon fuel standard credits to California,” he said.

Is methane capture possible for feedyards? Time will tell, but the opportunity is there and it’s huge, he said.

No doubt methane is a potent greenhouse gas. But it’s also a potent opportunity for cattle producers, beef and dairy alike, to induce immediate atmospheric cooling, “and that is one short-term tool to help us in our fight on global warming,” he said.

Will Eating Less Red Meat Really Save the World?

That’s what Dr. Frank Mitloehner, greenhouse gas guru at the University of California Davis, told members of the Colorado Livestock Association during the group’s recent annual convention. “No, it’s not nothing. It’s something, but I think everyone would agree it’s quite minor indeed.”

Instead, he says the main contributing environmental harm the food system causes is food waste.

“We’re wasting about 40 percent of all the food produced in this country,” he said. That’s primarily food that’s thrown away instead of being eaten. It decomposes in landfills and produces methane. In fact, landfills and fossil fuel combustion are by far and away the main causes of greenhouse gasses in the United States.

Interestingly, about 40 percent of food produced in developing countries is also wasted. But that typically happens before it reaches the consumer, thanks to politics, transportation issues caused by poor infrastructure, lack of processing and other factors, Mitloehner said.