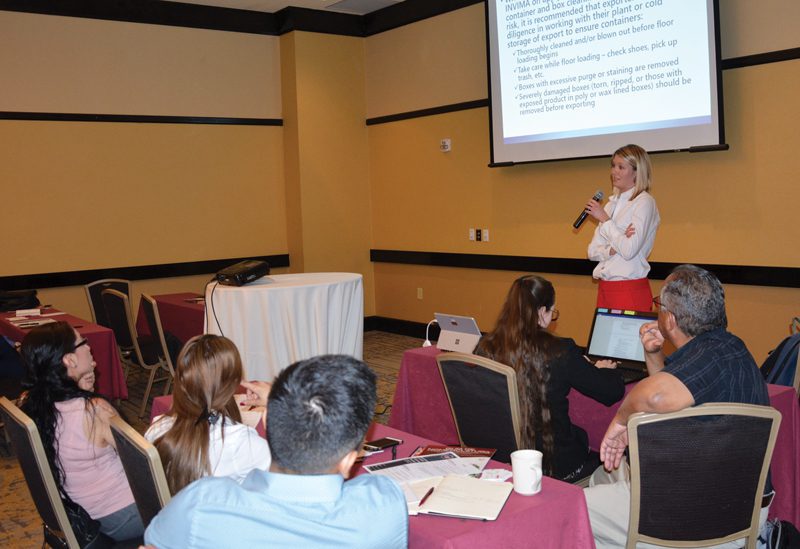 The U.S. imports and exports many agricultural products, including beef, and there are many regulations affecting these sales – some imposed by our country and some by the countries we trade with.

Phillip Seng, affiliate professor in Colorado State University’s Department of Animal Sciences, worked many years for the U.S. Meat Export Federation (USMEF) and traveled to more than 100 different countries. He says that often our trading relations are difficult because of differences in perspectives. 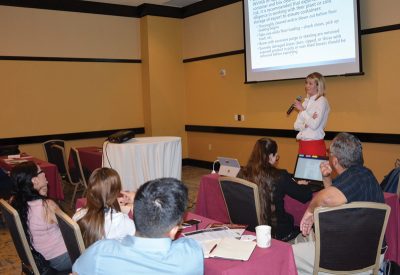 “The United Kingdom and the United States are planning to get together and resume dialogue in early September to discuss trade, and some longstanding issues still need to be addressed such as our different philosophies of livestock production/processing. They still worry about animal welfare concerns, our ‘chlorine chicken’ and hormone beef,” he says.

Some of the same issues from 30 years ago are still there as they talk about the new agreement. In the early years of trading, the U.S. was technologically so far in advance that everyone looked at us as the unquestioned No. 1.

“Then in the 1980s, Europe started to challenge us on the way we produce our food. There have been other challengers, as well,” Seng explains.

“As we worked in many of these international negotiations, there were about 12 different sets of negotiations with GATT (General Agreement on Tariffs and Trade), the predecessor to the WTO (World Trade Organization). We realized that it’s not just tariffs and quotas that are impediments to our exports; it is often health and sanitation issues, differences in standards, perception of science, etc. Harmonization of standards became the vogue talk, and now we talk about regulatory convergence,” he says.

There are different ways countries export beef. “The cornerstone of our approach has always been that we want sovereignty over our own meat plants,” Seng explains. “We don’t want inspectors from other countries to come in to check out a certain plant. The U.S approach is that we have a system that is fair and transparent – both for consumers here and internationally, to build trust. It’s the same system throughout all our slaughter plants, and we have U.S. Department of Agriculture (USDA) Food Safety and Inspection Service (FSIS) inspectors in all plants.

“We do have auditors come in from other countries, but they weren’t coming to audit individual plants. They just audit plants to see that our system is working. From time to time you’d see China delist a plant in a certain country, or Europe delist a plant. We saw this with Australia recently, in issues with China. Maintaining sovereignty over our plants has been a key component to our food safety apparatus but also for us going forward internationally.

“This is why you might see another country have access to a certain market quicker than we do, because they will let certain plants be approved vs. a whole system,” he says.

Seng contends the United States has what he calls the “holy trinity” for food safety: the Food and Drug Administration (FDA) that has to approve drugs/compounds that go into food animals; the Animal and Plant Health Inspection Service (APHIS), also involved while the animal is alive; and FSIS on the meat side.

Cheyenne McEndaffer, director of export services/access for the Western Hemisphere, Europe, CIS and Africa at the U.S. Meat Export Federation, says the USDA-FSIS Export Library is considered the Bible of export requirements and publicly available. It lists the regulations/requirements for most U.S. export countries.

“Canada has some of this information for their exports but doesn’t have the export certificates available like we do – the letterhead certificates,” McEndaffer explains. “Most countries don’t have these requirements publicly available, so many countries check our list, as well.”

All U.S. exporters check this Export Library to determine if they can ship a certain type of product, or if we have access to a particular market.

“If there are certain labeling requirements, facility requirements, or live animal requirements, these are all listed,” she says. “Some listings like Canada or the European Union are huge, while other listings, like Syria, are minimal. There several ways this information gets listed. First, would be if our government has a formal access discussion or an export certificate creation discussion with that foreign government. This could be initiated by either the U.S. or the other country. It could also happen through a free trade agreement (FTA) discussion – the technical component to export under an FTA,” she says.

McEndaffer was very involved with rationalization of export documentation for Canada as a result of the new United States-Mexico-Canada agreement (USMCA) agreement that went into effect July 1, 2020.

“We had some of this in the old agreement, but as a result of the new the USMCA, we’re able to cut down the paper load,” Seng says. “In Europe, they used to joke that for every pound of meat, you had a pound of paperwork.

“We’ve had challenges to our system since it began, especially by the EU, going back to the 1980s – a tug-of-war over who would have sovereignty over our plants. This is a big issue that has come up since we’ve tried to harmonize international standards,” he says.

It’s not just the EU raising this issue; some other countries also want to audit the whole process – from birth to slaughter. “Our philosophy has always been end-product testing. We are not as concerned about how we produce the meat; we just want to know, at the end of the day, that it is safe and wholesome,” Seng says.

“Part of what was done in the multi-lateral WTO negotiations was to make sure that everything would still be somewhat consistent with WTO and these international standards,” he says.

One of the newer developments is electronic certificates. “The U.S. has been a little slow on this, compared to some of our competitors. We might wonder why we are not selling to a certain country, or doing better in competing with some other countries. The electronic certificates have simplified things, and I am excited about what Cheyenne McEndaffer was able to do with Canada on these certificates,” Seng says.

“Sometimes the impediment to selling American beef has nothing to do with the beef; if it’s twice as much paperwork going back and forth and you don’t have a big staff, you might buy it somewhere else,” he says.

The United States has always worked toward harmonization of trade regulations. “The ultimate goal for every market would be that we could ship from any federally inspected establishment in the U.S. under the 9060-5 form, which is just the basic export certificate,” McEndaffer says. “We don’t want additional letterhead certificates that have additional attestations that we have to sign off on for that country

“To import here, however, we require other countries to follow our E. coli-testing and monitoring program, and we have additional requirements as well. We also must approve the plants that ship to the U.S.”

We are slowly making progress, however. “Many of our export verification programs were put in to regain access after we lost access due to the 2003 BSE case,” she explains. “Now that we have the lowest risk classification for BSE, under the World Animal Health Organization, it is easier for our government to go back and negotiate with these countries to try to remove some of these requirements.”

This is one function of USMEF; we export to 80-plus markets around the world, and the USDA looks to us and other trade associations to prioritize what they need to focus on,” McEndaffer explains.

“Regarding harmonization, we had a big effort with our government to try and align export requirements between Canada and the U.S.,” she says. “We have similar food safety systems and share a lot of companies. There were some unnecessary things so we worked with the North American Meat Institute and went through the Canadian Export Library line item by line item and said some of these could be harmonized.

“We didn’t get all the requirements removed that we’d hoped, but in the end – between consolidation of some of the requirements and removal of old ones and alignment of others – that Export Library [certificate] went from 28 to about 13 pages.”

With the pandemic, some countries became more protectionist in their trading. “More than 20 countries put up export bans when plants were being closed,” Seng says.

“Japan and Korea are import-dependent, so they’re not making much fuss, and they are more scientific to begin with. These net importers are more reliable markets in many ways.

In July, China requested a statement from all their supplying countries ensuring that meat was COVID-free in the form of a certificate testifying that production practices were done with COVID precautions. According to Seng, the USDA struggled with that because U.S. export certificates already state a product is safe and wholesome.

“The USDA ultimately left it up to the private sector to determine how they wanted to handle this,” he says.